New Westminster attracts garage sale fans from near and far

New Westminster is becoming a destination for folks in search of treasures at neighbourhood garage sales. Nineteen years after the first Queen’s Park Garage Sale started in New Westminster, several other neighbourhood sales are in on the fun.
Theresa Mcmanus May 2, 2014 10:50 AM

New Westminster is becoming a destination for folks in search of treasures at neighbourhood garage sales.

Nineteen years after the first Queen’s Park Garage Sale started in New Westminster, several other neighbourhood sales are in on the fun. Sales in Massey Victory Heights, Glenbrook North and the Quay attract garage sale junkies from near and far.

“We have a lot of old stuff here. We are a historic city. There are chances you could find something of incredible value,” said James Crosty, who organizes the Quayside Festival and Sale. “There’s an opportunity – I think that’s the intrigue.”

“It’s an opportunity for our residents to get together. It’s engagement – it’s a good event to engage the community and engage the neighbours to come together to sell some of their wares,” said Jason Lesage, president of the Massey Victory Heights Residents’ Association. “But also, people make money.”

About 20 homes are taking part in this year’s sale in Massey Victory Heights, with shoppers coming from around the Lower Mainland.

“There is a dedicated audience of people across Metro Vancouver who shop around at these sort of neighbourhood garage sales,” Lesage said. “They say right at 8 o’clock in the morning or whenever the garage sale opens, they are there lining up to find those gems.”

Glenbrook North, which is holding its 15th annual sale this year, donates a portion of its proceeds to Monarch Place, a transition house for women and children fleeing violence. Each year the sale generates several hundred dollars for Monarch Place.

McLellan’s home is one of several on her block that takes part in the annual sale, giving her a chance to chat with her neighbours and sell off items no longer needed.

“I really like the reusing aspect, not putting things in the garbage,” she said. “I always find treasures at my neighbours’ houses. It’s a great price. It’s that reuse/recycle thing is appealing to most people – and cleaning out our basements.” 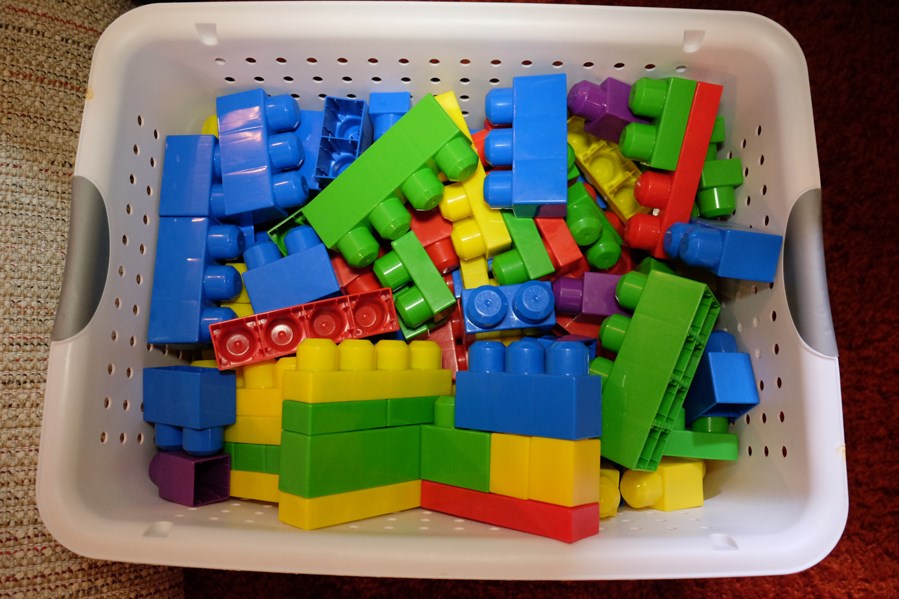 Realtor Frank Wright launched the neighbourhood-wide garage sale trend in New Westminster back in 1995, when he sponsored the Queen’s Park Garage Sale. Not only did the garage sale give folks a chance to clear clutter from their homes, but a portion of the proceeds were donated to Canuck Place.

“Frank Wright started it in 1995. We always have it on the Saturday before Mother’s Day,” said Realtor Dave Vallee, who started sponsoring the sale in 2011, after Wright moved out of town. “I guess he just wanted to do something to pull the community together for a fun event and also to raise money for Canuck Place. Everybody that goes in it donates a portion of the proceeds to Canuck Place.”

Thousands of people descend on the historic Queen’s Park neighbourhood for the annual sale, which usually features 60 to 80 participants. The sale generates about $1,000 a year for Canuck Place, a hospice for children with life-threatening illnesses.

“The people that take part really love it. They enjoy it and look forward to it each year,” Vallee said. “Most of them enjoy it – some get a little annoyed by the traffic in the neighbourhood that morning. There’s a fair bit of traffic in the first couple of hours. It’s kind of a festival atmosphere.”

The Quayside Festival and Sale started with 50 tables and one band, but is expecting more than 175 tables, food trucks and four entertainment stages for the seventh annual event that’s taking place on Saturday, Aug. 16. Because it was difficult for condominium owners to have garage sales, the Quayside Community Board thought the boardwalk provided a perfect opportunity for a neighbourhood sale.

“We manage to capitalize on our location by making it a festival,” Crosty said. “The Quay is a beautiful place to have it.”

“It’s the old story – one man’s junk is another man’s treasure. I think that’s the attraction,” Crosty said. “You have to know what you are looking for. Often times people find the things they are collecting and the seller has no idea what the value is. That’s the allure – that golden piece.”

While residents sell a variety of items at their sales, the Quayside event may have the biggest ticket items.

“The very first year we had a condo and a car for sale. That was our big-ticket item. The condo eventually sold,” he said. “It’s the old story – you put it in front of enough people, and somebody is going to buy it.”

Because of limited budgets, the residents associations are grateful to sponsors who help cover promotional costs such as signage, flyers and maps listing participants in each sale. Realtors are perfectly position to promote the garages sales. While Vallee assists with the Queen’s Park sale, Realtor Derrick Thornhill sponsors the Glenbrook North and Massey Victory Heights sales.

“Realtors are better positioned to promote it because a lot of times we are sending out flyers and newsletters so we can include it in there. We are in touch with a lot of the people in the neighborhoods,” Vallee said. “There are benefits of having your name associated with it ­– that’s not the primary reason for doing it but you get the spin-off from that.”

If you’re a garage sale fan, you’ll want to put these dates on your calendar.