New Westminster was quick to jump on the provincial government’s plan to create more housing in British Columbia. The province is providing about $6.5 million to build 41 new modular homes for women who are experiencing homelessness.
Apr 21, 2018 8:00 AM By: Theresa Mcmanus 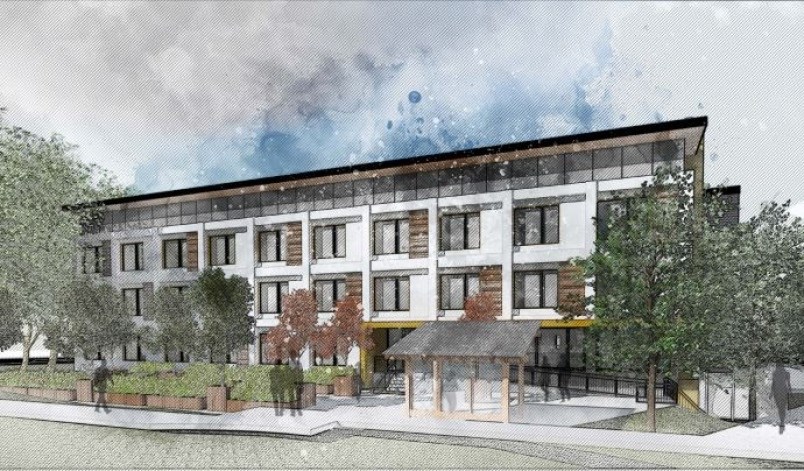 New Westminster was quick to jump on the provincial government’s plan to create more housing in British Columbia.

The province is providing about $6.5 million to build 41 new modular homes for women who are experiencing homelessness. The project, which will be located on a city-owned property on Ewen Avenue in Queensborough, will also provide tenants with 24-7 support services, including meal programs, life-skills training and health and wellness supports to help them overcome challenges to maintaining their housing.

"It's vitally important that we invest the time and effort to help the women in our communities who are living on the streets at great risk to their personal safety," New Westminster MLA Judy Darcy, the province’s Minister of Mental Health and Addictions, said in a press release. "Through my work in the New Westminster community, I am acutely aware of the challenges these women face, and I am so grateful that this project can begin to meet their needs."

Mayor Jonathan Cote said the project will be located on a former gas station site in front of the Queensborough Community Centre. While the city didn’t have a specific purpose in mind for the property that it purchased about two years ago, he said the city jumped at the chance to partner with the provincial government on a modular housing program.

“The new provincial government … put the call-out to cities across the province of British Columbia, essentially saying, if sites could be identified, the province would be willing to cover the full cost of building these facilities and operating them,” he said. “Given that New Westminster sits right in the middle of Metro Vancouver and has not been immune to all of the housing challenges that we face in our region, we felt that this was an important opportunity to try and take advantage.”

B.C. Housing will select an experienced non-profit partner to operate the housing and oversee property management, operations management and tenant selection. The modular homes will be self-contained and include a private bathroom and kitchen, and the building will also include a shared amenity space.

According to a city report, the 2017 homeless count found that 29 per cent of the homeless population in New Westminster was women. It stated that service providers have expressed concern that women are underrepresented as they often use strategies such as couch surfing and doubling up with families and friends, or stay in unsafe situations, rather than stay on the street or access services for the homeless

In a February report to council, city staff said the province’s modular housing initiative is a response to the growing issue of housing insecurity throughout B.C. and noted priority will be giving to people living on the street and in shelters. The provincial government plans to commit $291 million over two years for construction of 2,000 modular housing units across B.C.

“Although these are modular units, I think they have come a long way in being able to deal with some of the esthetics issues and make sure that these types of structures can seamlessly fit into the community and can actually look like really good buildings,” Cote told the Record. “This is not going to be a short-term, put-some-trailers-on-the-site. It’s going to be a proper development, and the City of New Westminster is going to be making sure that this project fits well into the community.”

An open house is expected to be held in the coming weeks to give the community a chance to learn more about the project and provide feedback. It’s anticipated the province may bring one of the units to the open house so community members can get a better understanding about what’s being proposed.

“The Gasworks site has still been identified as a location that the City of New Westminster would like to see some form of affordable housing project, combined with some community green space in that neighbourhood. Given that the site has some significant contamination issues and was more complicated, it wasn’t appropriate in this program in that this program needed to move quickly,” Cote said. “The province put a very strict deadline and said the funding is available but we want to be able to see these projects happen very quickly. That site, unfortunately, although still a really good site for affordable housing was not a site we would be able to move quickly as needed in this case and unfortunately wasn’t applicable for this program but will be one that we are certainly going to continue to work on.”