New West to commemorate a piece of downtown history

A swag light will soon be adorning Columbia Street and a piece of the city’s history. The swag light, which stretches across Columbia Street near the foot of Sixth Street, will be installed Sept. 16.
Sep 15, 2014 2:33 PM By: Theresa Mcmanus 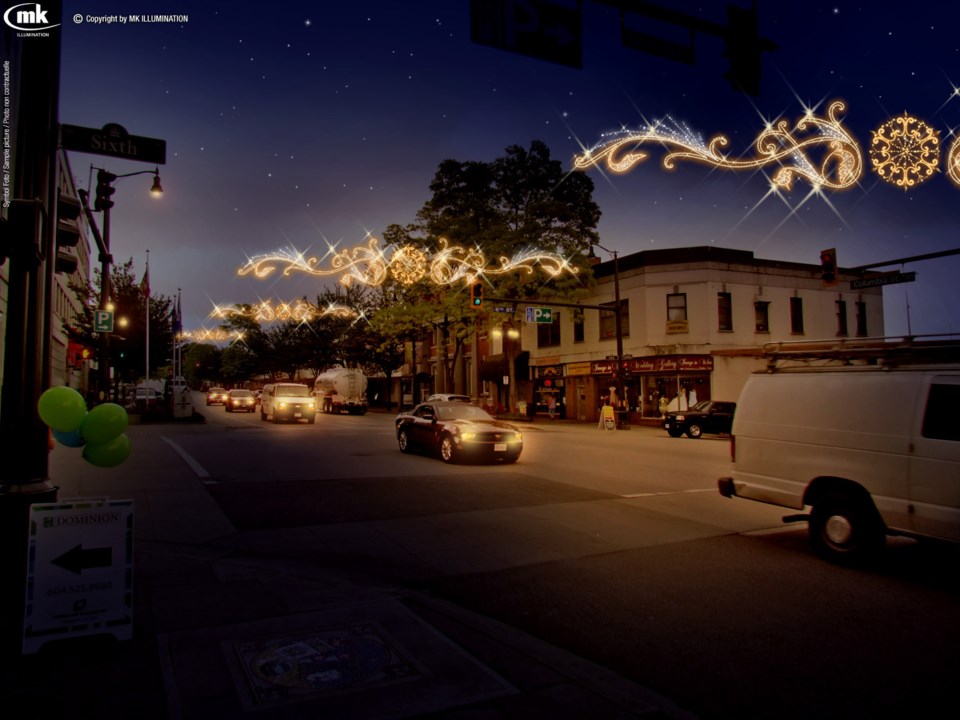 Lighting up the street: A new swag lights for Columbia Street could feature seasonal motifs such as snowflakes.Contributed

A swag light will soon be adorning Columbia Street and a piece of the city’s history.

The swag light, which stretches across Columbia Street near the foot of Sixth Street, will be installed Sept. 16.

Last fall, council directed staff to order four of 14 swag lights proposed for installation along Columbia Street. Since that time, the project’s cost have gone up “substantially” as a result of the installation costs.

While the swag lighting would “contribute to a beautiful streetscape” on Columbia street for the years to come, staff provided council with a couple of options for its consideration, as the cost is deemed to be cost prohibitive. The cost of 14 swag lights would range from $650,000 to $950,000.

Council directed staff to proceed with installing one swag light that had already arrived and a commemorative plaque.

“This swag light would be mounted at Sixth Street on the new bases and poles that have recently been installed there,” stated a staff report. “A plaque highlighting the history of the original swags could be mounted on or near the poles. The total cost for this approach would be in the order of $72,000.”

A number of swags adorned the downtown when Columbia Street was known as the Golden Mile and attracted shoppers from around the region.

“I think it is just too expensive,” Coun. Bill Harper said of the swag lights. “I don’t think it’s worth it.”

Coun. Jonathan Cote said the swag lighting isn’t something he’s supported from the beginning as he feels $72,000 for one string of lights across the street is too much for what it offers in terms of street beautification.

Jackie Teed, the city’s manager of planning, said the swag light is intended to be up year round. Along with the swag lighting on Columbia Street, staff will also be looking at a decorative lighting plan for commercial areas in the city.