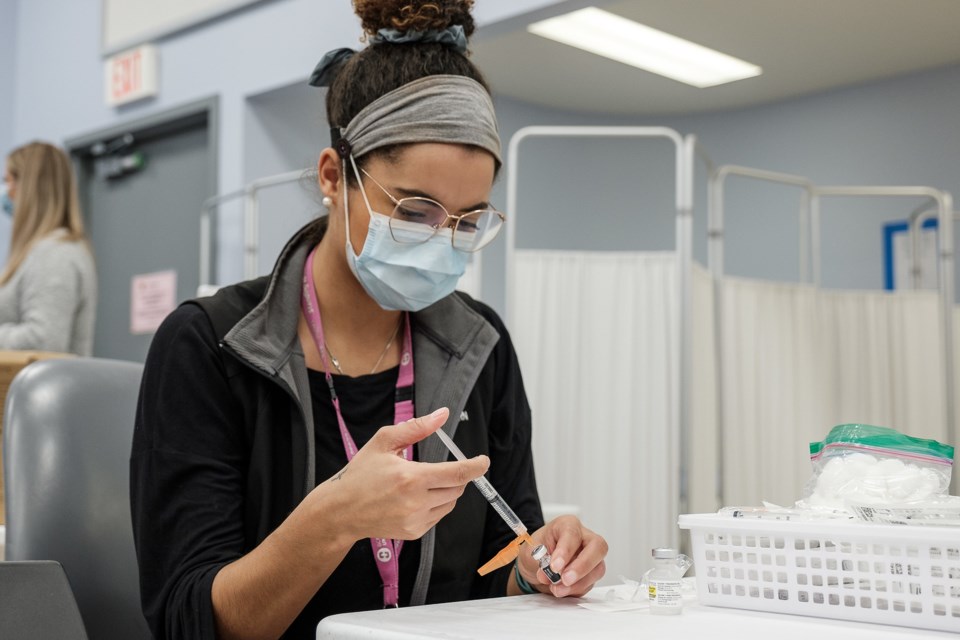 COVID-19 vaccines are being administered across B.C.Government of British Columbia

The number of new weekly COVID-19 cases in New Westminster continues to drop dramatically as part of an overall trend in B.C.

Recently released maps and graphs from the B.C. Centre for Disease Control provide a long-awaited closer look at community-specific statistics regarding COVID-19. The data was released publicly May 12 as part of the BCCDC’s weekly update, in the wake of a controversy over leaked data last week.

Among the newly released information is a chart showing the average daily rate of new cases per 100,000 population for the week of May 4 to 10.

Burnaby sits on the 15 cases per 100,000 mark, just ahead of New Westminster, which lands at about 13 – higher than areas such as Maple Ridge/Pitt Meadows, South Surrey/White Rock, the North Shore, the west side of Vancouver, and Agassiz/Harrison.