Farhan Lalji announces he's no longer with the Hyack program
May 27, 2021 9:06 AM By: Chris Campbell 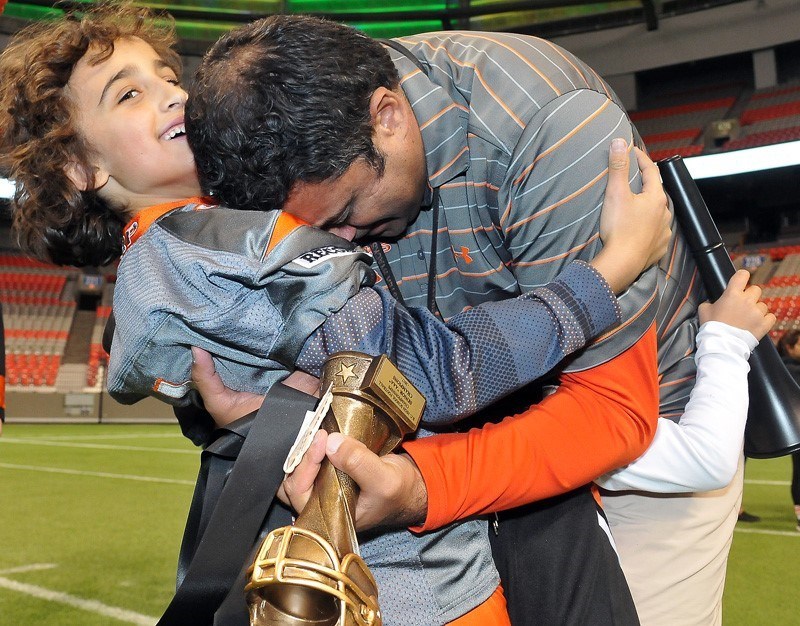 *This story has been updated.

New Westminster Secondary School is losing the coach who built a powerhouse football program at the school.

Farhan Lalji announced on Twitter Wednesday night that he would no longer be coaching the Hyack football program after 18 years.

“Today my 18 year career of coaching with @HyackFootball came to an end,” Lalji tweeted.

On Thursday, Lalji posted a blog giving more detail on why he was leaving the program. He writes that he was originally going to take a one-year sabbatical from the program and then come back refreshed. But the more he thought about it, the more he wanted to devote more time to his family.

“The program I wanted to build is the program I wanted to play in, one that everyone would want to be a part of,” he wrote. “And in the end, I learned that for me there is only one way to that, and that was to be ‘all in’ and give it every ounce of everything I had. I can’t do it any other way. If I tried I wouldn’t be true to myself or fair to the players. On some levels, that philosophy has come at the expense of my personal growth and, more importantly, time spent with family. It’s time now for me to give them my focus.”

Lalji, who is also a popular sports reporter for TSN, built a program that regularly appeared at the top or near the top of the high school football rankings every year.

He is perhaps best known – as far as his coaching career goes – for his gutsy decision to go for two points in the final game of the 2017 high school football championship (see video below).

The Hyacks had just scored a touchdown against Terry Fox Secondary to make it 14-13 as time ran out. Instead of playing it safe and kicking the extra point to tie the game, Lalji went for two and the Hyack team captured the B.C. title.

"To all the players that have worn orange and black since 2003, I can only say thank you,” Lalji wrote. “Thank you for the honour of allowing me to be your coach. You have made me a better person for knowing you and your families. I will cherish our relationships forever and look forward to hearing more about your successes and challenges.”

Lalji’s announcement was met with a number of tributes from those in the sports community.

The first time Farhan and I really connected was when we talked about coaching. Coaching isn’t for everyone, but if you’re able to truly give yourself to it, there’s a special part of you that activates deep inside your soul. Those Hyacks were so lucky they had this guy. https://t.co/XLWOiaZpRP

“Can't find the words to truly explain what you have meant to the BC high school sports community we both love so dearly,” tweeted Howard Tsumura, a longtime reporter covering the high school sports scene. “And I can't thank you enough for your support every step of the way. True passion is so hard to describe, but you embody it. Stay close! You will be missed!”

“You were one hell of a leader sir,” wrote former BC Lions player Adam Bighill. “Many kids will remember you forever for the intangible gifts you helped them develop.”