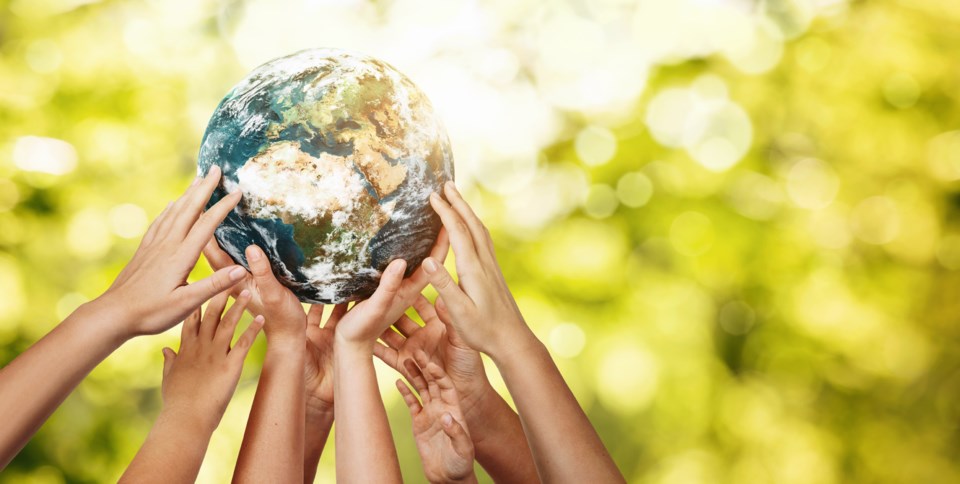 The New Westminster school district is forging ahead on climate action plans but warns that meeting IPCC targets will require an investment in next year's budget. Photo via Getty Images

The New Westminster school district is making progress on its commitment to address climate change – but it’s going to take money to achieve everything it wants to do.

Trustees heard that message on Nov. 17 during a presentation to the school board’s operations committee. Secretary-treasurer Bettina Ketcham and superintendent Karim Hachlaf updated the board on what’s been done since the school board passed a sweeping motion on climate action back in November 2019.

The motion commits the board to include a long-term climate action plan within its strategic plan, including setting measurable targets to reduce the district’s greenhouse gas emissions to help meet the recommendations of the Intergovernmental Panel on Climate Change (IPCC).

It also calls on the district to provide leadership and support on climate literacy and environmental sustainability for students and staff in New Westminster schools.

Ketcham said the school district faces a number of “complexities” in meeting those goals.

She noted that any changes to district buildings rely on Ministry of Education funding. She told trustees the ministry is being “quite conscious of climate action” but said there’s still a lot of work to be done in partnership with all levels of government to achieve net-zero emissions in facilities.

She also pointed out the school district has a number of competing priorities – including a new anti-racism initiative, a commitment to provide child care at school sites, a review of special education, investments in technology and supports for mental health.

“We can do anything; we just can’t do everything – at least not in one year,” she said.

Ketcham cautioned the district doesn’t have the in-house expertise or capacity to take on all of the necessary work around setting actionable targets for greenhouse gas emissions.

She suggested that, during the next budget cycle in the new year, trustees will need to consider allocating resources towards work on both the facilities and the learning side: consultants to set meaningful targets around buildings, and a facilitator’s position to lead green education efforts in schools.

However, she also told trustees the district has been able to make some strides already. The climate action goal has been included in the district’s new five-year strategic plan, and staff have evaluated the district against a “sustainable schools checklist” to see how the district fares in a number of areas – green teams, energy conservation, waste reduction, water conservation, school grounds and transportation.

Ketcham noted energy conservation is the largest area of focus for New Westminster facilities because heating and cooling systems are the largest consumers of fossil fuels in the district.

“We have quite a robust energy conservation program,” she said. “We have made pretty significant strides in this area.”

She admitted the COVID-19 pandemic has thrown some of that work off its stride because the district is running its HVAC systems more continuously to ensure constant fresh air intake in schools.

But she said the two new schools that are set to open in the district – the new NWSS, which will open in January, and the under-construction replacement for Richard McBride Elementary – will provide “significant energy conservation.”

They will be added to the list of newer buildings in the district – along with Qayqayt Elementary, Fraser River Middle School and the new school board office building – that are being built to a LEED Gold standard. (LEED, for Leadership in Energy and Environmental Design, is an international green building certification program that rates the design, construction and operation of buildings.)

SCHOOLS’ CLIMATE PLANS NEED TO BE ‘FOCUSED AND INTENTIONAL’

Building emissions have been trending down since 2012, she said, bringing the district to the middle of the pack when compared to other school districts in the region.

“We’re not the best, but we’re not the worst,” she said. “We certainly have work to do; we acknowledge that, and we’re going to continue to work hard to do that.”

Hachlaf said reducing building emissions needs to be a key priority – and it needs to be done in a very focused way.

“It is not good enough to just say we want them to go lower year after year, but what is an actual target that we can strive for based on the changes we’re making, and to see if we come close to those targets,” he said. “That remains an ongoing conversation right now: to set some realistic targets but definitely stretch ourselves towards attaining a greater goal.”

On the education front, Hachlaf told trustees the district definitely sees an opportunity to create a more consistent approach to green issues across the district.

“We need to increase learning opportunities in a very focused and intentional way,” he said. “We can install countless numbers of recycling stations at our schools, but that by itself does not translate into students and staff adopting better recycling habits.”

Federal court to decide whether young activists can sue Ottawa over climate policy
Sep 30, 2020 9:27 AM
Comments