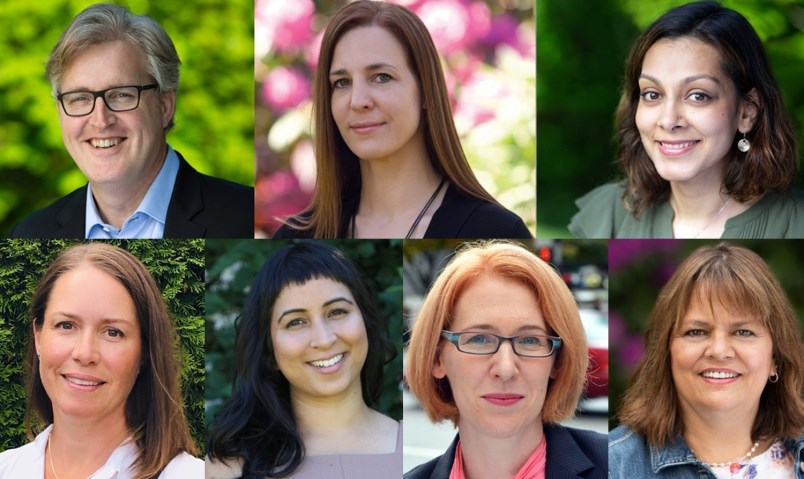 With the New Westminster school board’s sole independent voice gone for a full year, the number of dissenting votes on motions appears to have plummeted.

The Record analyzed votes on motions using minutes from all regular school board, education committee and operations committee meetings from the New West school board. That included looking at how many motions failed to get an endorsement from a second trustee, how many received split votes and how many motions were voted down.

Among 219 motions in 30 meetings, five did not get an endorsement, five received split votes and three motions were shot down, making for a total of 13 disputed motions – roughly 6%. That adds up to around 94% unanimity among trustees.

Of those 13 disputed votes, 10 were in the first month of 2019, while independent trustee Mary Lalji was still attending meetings. (Lalji has been on a medical leave for a full year now; her last meeting was on Jan. 29, 2019.)

Danielle Connelly, with the New West Progressives slate, is the only other trustee not part of Team Cote.

Since then, only three meetings, in April and May, had one disputed motion each.

Lalji said the figures “speak to the trustees generally voting on certain issues as a block.”

“As an independent trustee, I tend to question motions more rigorously, with particular emphasis on the impact of our students, parents and staff when implemented,” Lalji said in a brief statement.

However, school board chair Anita Ansari suggested an alternative explanation for why January would have seen such a high rate of disputed motions:

“We had just started as a board, and we had not really figured out our flow with governance. We’ve had a lot of time since to really get in synchronicity with how to work through the process and have a better understanding of the process,” Ansari said.

“So it’s not fair, I guess, to look at what happened early on when we started, and four or five of us are brand new trustees.”

As for the overall stats on unanimous votes, Ansari said the number doesn’t give the full picture.

“I feel like it doesn’t really reflect all the critical discussions that we have. We often put out a motion, it gets amended, we have lots of discussions. Just seeing what comes out at the very end is not accurate for the work that we do,” Ansari said.

Following an interview with Ansari, the Record reviewed the minutes and found 13 motions that were amended, withdrawn, rescinded or postponed.

“I think there’s a large context piece in understanding how we discuss things to end up where we go. We often do end up tabling things and bringing them back when we have more information,” Ansari said.

“It’s a developing piece, right, so just looking at the endpoint isn’t fair in terms of reflecting the work that went behind it.”