Stephanie Thụy Vy Vũ has a mission to create a space for 'BIPOC, misfits, weirdos, queerdos' in downtown New West
Dec 10, 2020 8:46 AM By: Kayla MacInnis 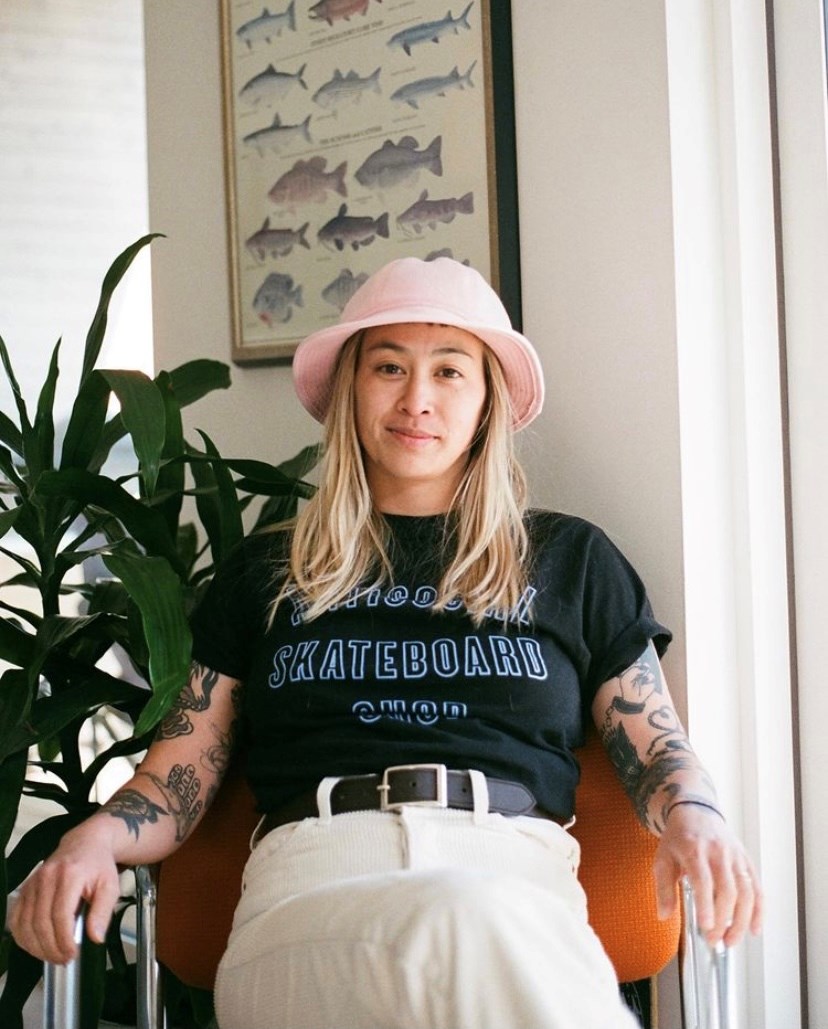 Located on Front Street in the heart of New Westminster is Old Crow Coffee Co, a coffee shop that isn't afraid to stand up for what they believe in while supporting their community.

Stephanie Thụy Vy Vũ, the owner, opened the doors with two partners almost six years ago. In June, she bought her partners out, becoming the sole owner.

On Sunday, Dec. 13, she'll host a pop-up with Jillian Brooks, the owner of Métis Bannock Queen. Brooks will be serving plant-based bannock from 12 to 4 p.m., with all proceeds going to the Urban Native Youth Association.

The pop-up is part of a new socially minded retail program called In Case You Missed It. This program is part of a larger plan to build relationships with local makers and continuously support Black and Indigenous producers by creating an accessible space to share their products and tell their stories.

One of the shop's baristas, Tsion (Tsi-Tsi) Mulatu, manages and runs the program.

"It was the relationships that we were able to build that made us see differently. We want to partner with people long-term. We want the face behind the story. We don't just want to throw you a product because the product will speak for itself," says Mulatu.

"If you miss the person behind it and the story behind it, then it's just another product."

Twice a year, the program plans to take 30 per cent of the profits and put them towards a local organization. Their first donation will be going toward Nations Skate Youth, an Indigenous-led non-profit whose mission statement focuses on "empowering Indigenous youth to embrace their right to self-determination through the positive impact of skateboarding."

"I'm Black. This affects me all the time. I don't need a movement or hype in social media or a rally to remind me that I'm Black. I'm Black period."

When the pandemic hit, the shop closed for three months, but Vũ used the time to look inward.

Vũ's family immigrated to the United States from Vietnam during the war and grew up in California. Ten years ago, Vũ came to Vancouver for a metal fabrication apprenticeship and realized it was home.

"As hard as it was, the closure of the shop really helped me get in alignment with myself and figure out new intentions, like who I wanted to be, what sort of business I want to run, what direction we want to go, and just being more unapologetic about it," says Vũ.

Over the last six years, the shop has become a safe gathering place for all. On an Instagram post, they write, "lovingly welcoming all ethnic backgrounds, all genders, all sexual orientations, all religious and spiritual backgrounds, all abilities, and all ages."

"We have an amazing, incredible staff. We're very much co-op in style. Everyone has a voice here, and it's important for me that my staff feel they can be unapologetically themselves," says Vũ.

"There are plenty of spaces in New Westminster, but there isn't one space directly known for BIPOC, misfits, weirdos, queerdos, whatever. I think there is a need for more of that, and I feel it is necessary for us to be more vocal about that now."