The movies are coming back to New Westminster. Hot on the heels of Cineplex announcing it was reopening its theatres, Landmark Cinemas has announced the theatre at the New Westminster SkyTrain station will reopen.
Jun 27, 2020 4:00 PM By: Chris Campbell 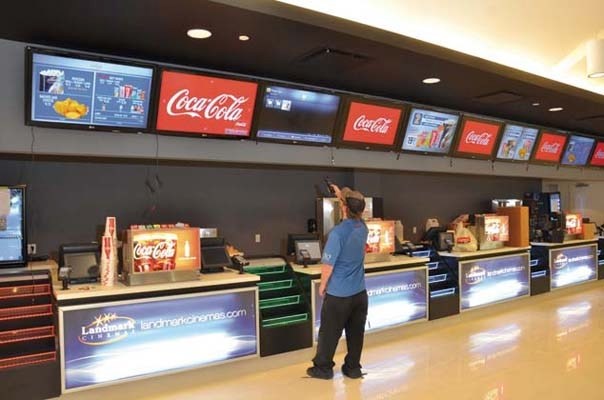 The movies are coming back to New Westminster.

Hot on the heels of Cineplex announcing it was reopening its theatres, Landmark Cinemas has announced the theatre at the New Westminster SkyTrain station will reopen.

The date has been set for Friday, July 3.

Every Landmark staff member member will be wearing proper protective equipment as physical distancing might not always be possible, the company said.

Just like Cineplex, Landmark is not making patrons wear face masks – they are only “encouraged” to wear one.

Landmark Cinemas chief executive Bill Walker described to the Canadian Press a significantly different climate in Canada, where as the second-largest theatre owner it operates 46 locations stretching from British Columbia to Ontario.

"Masks have become an oddly divisive issue in the U.S. and so I think Canada... has really just taken a 'personal choice'-type stance on this," he said. "I've been to the shopping malls, I've been to the restaurants, I've been around. It is really not commonplace. I was just at a restaurant in British Columbia (where) the servers aren't wearing masks. It's not necessarily a prevailing common piece, particularly in a lot of secondary markets where we operate."

Visitors are being told to stay home if you or anyone you have been in contact with, have COVID-19, or if you show any symptoms of illness such as fever, chills, shortness of breath or a cough.

“We encourage Guests to purchase their movie tickets in advance at landmarkcinemas.com or with the ATOM app,” the company said. “Tickets may also be purchased at the theatre using a purposefully-distanced automated box office kiosk with touchscreens that are covered with an antimicrobial copper film to provide enhanced cleanliness.”

Throughout the theatre, Landmark says it has installed protective safety shields at interaction points and temporarily removed lobby seating for added safety.

Hand sanitizer will be available throughout, including at the entries, concessions, washrooms and the entrance to each theatre corridor.

Landmark says it has reduced the number of showtimes, and increased the time between each showtime to eliminate congestion in the lobby and auditorium.

2551
Luxurious residences are setting a new standard of living in Langley
311
New West now grappling with second big COVID-19 outbreak
251
Opinion: This protest in front of NWSS against an affordable housing project is ridiculous
219
New West rapid access clinic opens as 'safe way to get sober'
208
UPDATE: Here's where you could be able to buy cannabis in New West