Pop-up recycling opportunities are one of the ways the city is considering to fill a gap left by the closure of the recycling depot.
Jul 10, 2019 2:21 PM By: Theresa Mcmanus 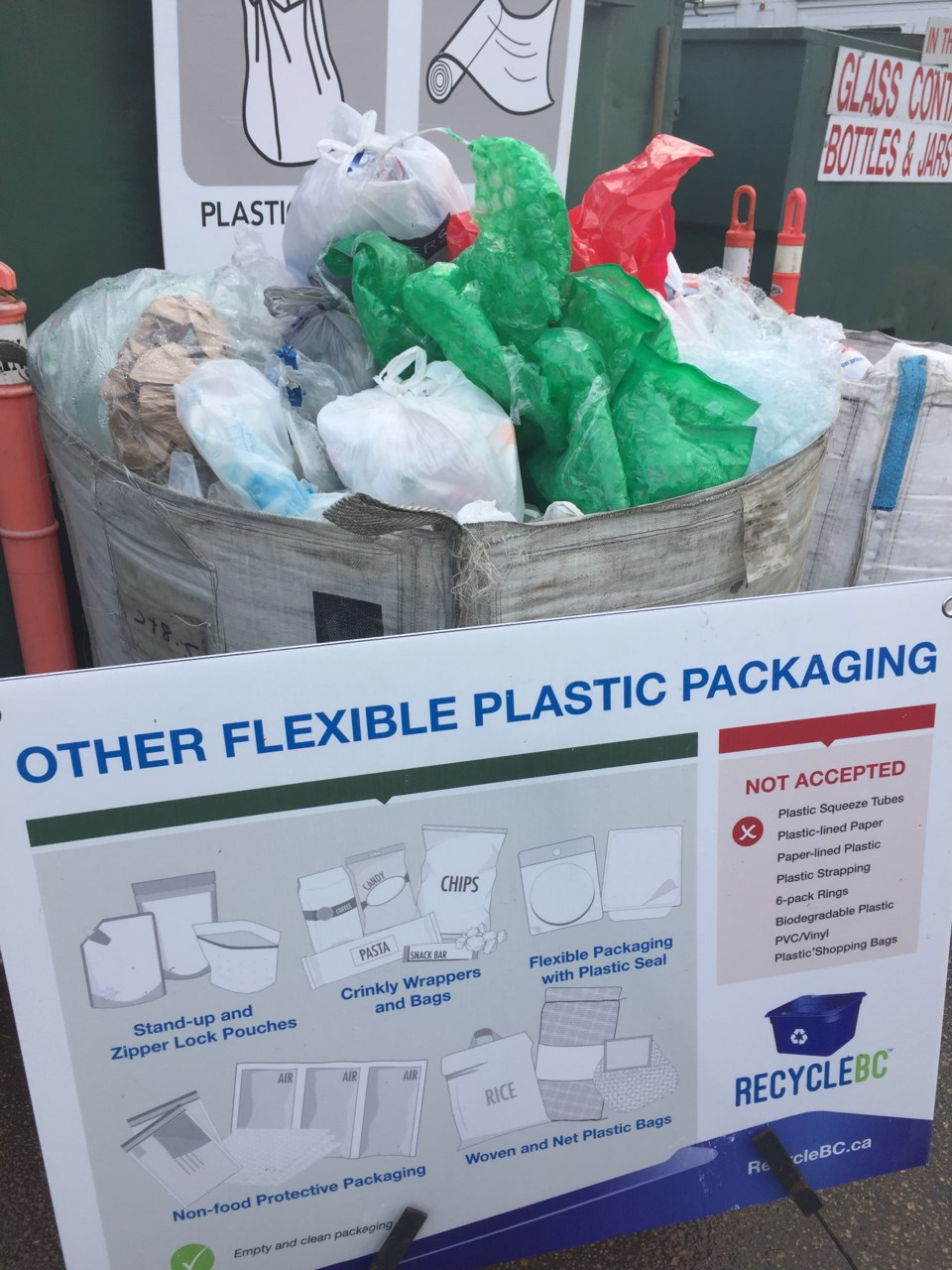 Many New West residents take items not collected in their blue boxes, such as plastic packaging, Styrofoam, batteries, metal, light bulbs, yard waste and glass, to the recycling depot. With construction of a replacement for Centennial Community Centre and Canada Games Pool planned for the site, the city is closing the depot and joining forces with the Tri-Cities on a regional facility.

Pop-up recycling opportunities are one of the ways the city is considering to fill a gap left by the closure of the recycling depot.

The City of New Westminster recently announced that the recycling depot at East Sixth Avenue and McBride Boulevard would be closing because of construction of a replacement for the Canada Games Pool and Centennial Community Centre on the site. Instead, residents will have to take recyclables to the new Coquitlam transfer station that’s being built at 995 United Blvd.

Since news of the closure of the recycling facility in New Westminster broke in May, many local residents have voiced concerns about the plan and asked council to reconsider the plan.

“I just don’t think that we can live without that facility,” Queen’s Park resident Brad Clarke told council Monday night. “Every neighbour I speak to, every family member I speak to in New Westminster are opposed to it being shut down.”

Clarke believes the decision doesn’t jive with the city’s support on green initiatives, such as planting more trees.

“Shutting down the recycle centre will increase the citizens of New West’s carbon imprint. There is no question about that. The drive to the Coquitlam transfer station is just miserable. There is fuel involved. There is emissions. There is traffic jams to get over there. There is dust and dirt so when we come back we have to wash our cars so we are wasting water because of this decision as well,” he said. “Many citizens will stop recycling and just add to their garbage.”

In her 31 years as a homeowner in New West, Donna Ballyk said she’s never felt strongly enough about anything to appear before council – until she heard the recycling depot was being closed. She thinks the decision “does not make sense” for a city that has a core value of sustainability and is committed to taking bold action to address the climate emergency.

“I beg you to find some way to keep a recycling depot in New Westminster,” she said.

While the city may save money by closing the depot, Ballyk said that will come at the expense of seeing fewer items being recycled.

“The city is saving money – the citizens are paying through the nose – in stress, in gas money, in time,” she said.

Staff reports to council indicate New Westminster’s cost to take part in the regional recycling facility is $51,000, which is less than the $113,000 it cost to operate its recycling depot in 2017.

On Monday, council received a report about the city’s participation in the Coquitlam transfer station, which is being constructed and funded by Coquitlam, Port Coquitlam, Port Moody and New Westminster. City staff are investigating a number of ways the city may be able to address gaps arising from the closure of the local depot, including the potential for city-hosted pop-up events where residents can take recyclables.

Kristian Davis, the city’s supervisor of solid waste and recycling, envisions monthly or bi-monthly pop-up collections in different neighbourhoods, where residents can bring items such as Styrofoam and glass.

With the money saved by taking part in a regional facility, Davis said the city could also explore other opportunities to address recycling gaps in New West, such as collecting items like glass with the multifamily recycling or single-family curbside collection and working with private enterprises on other recycling initiatives.

“I think that would be a really interesting way for us to manage the gap somewhat,” said Coun. Mary Trentadue about the popups. “I hear the community has some concerns and is unhappy with this decision at some level. I do still support this decision. We had to move it and New West doesn’t have a lot of places to put this kind of facility. I actually do support the idea of amalgamating services with other municipalities. I believe that that makes sense in the future.”

Mayor Jonathan Cote said the city was in a “tough spot” to retain the recycling depot at its current location because the new recreation facility is “significantly larger” than Canada Games Pool.

“We did start to look at some other locations, but, at the same time, the opportunity did present itself with the Tri-Cities communities about building a shared recycling facility right on the border of New Westminster,” he said. “I recognize it is not as convenient, but it is a pretty unique opportunity to have a full-service recycling centre.”

Cote believes the city should always be open and looking for opportunities to work with neighbouring municipalities. He noted that this initiative not only results in a cost savings from an operational point of view but also doesn’t require the city to purchase land for the facility, which would have had a “significant” cost.

“Having said all of that, I think we have heard loud and clear from the community that they are wanting some local recycling options to be provided,” he said.

Davis said the timeline for the closure of the recycling depot is dependent on construction of the New Westminster Aquatic and Community Centre, but it’s hoped it will remain open until the facility opens in Coquitlam. While the regional facility was originally slated to open in mid-2020, he said that’s been extended to the fall of 2020 and could potentially stretch to early 2021.

“It’s hard to determine at this point,” he told council Monday.