Good times and good causes are the name of the game at the Royal City Gogos gala this Friday. The group is hosting a gala art auction to highlight the resourceful and heroic roles of African grandmothers in the midst of the AIDS pandemic.
Mar 3, 2014 4:08 PM By: Theresa Mcmanus 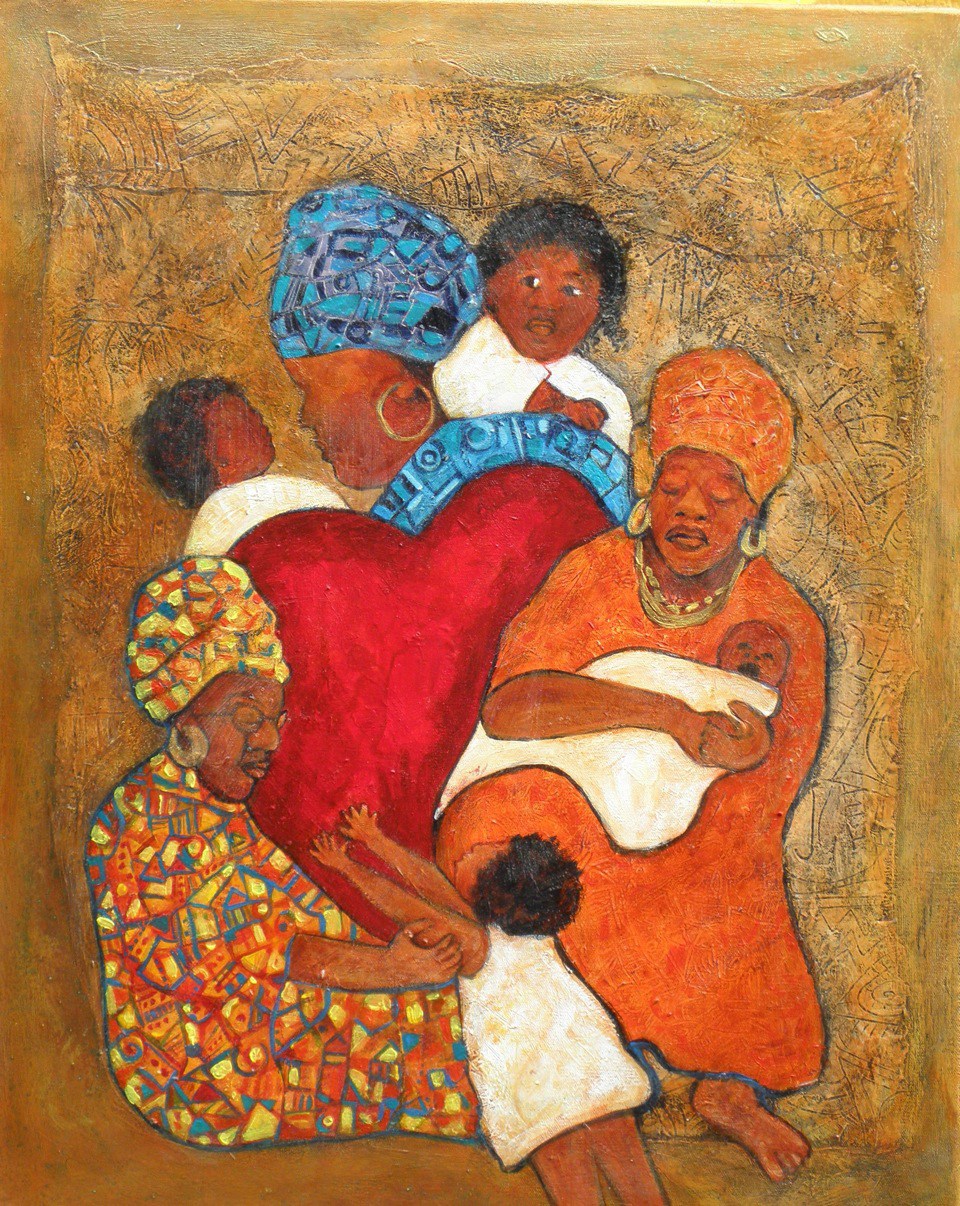 A successful fundraiser: A painting of the grandmothers and children by Sherry Cooper, Cradling Arms of Africa, was one of 40 pieces of art up for grabs at the Royal City Gogos' gala auction last month. The event raised thousands of dollars for the Grandmothers Campaign.Contributed

Good times and good causes are the name of the game at the Royal City Gogos gala this Friday.

The group is hosting a gala art auction to highlight the resourceful and heroic roles of African grandmothers in the midst of the AIDS pandemic. Belle Puri, CBC reporter, will MC the event, which includes a live auction, cocktail reception and no-host bar.

“This fabulous event will not only find a home for stunning works of art but will celebrate the solidarity of Canadian grandmothers and their African sisters,” said Delora Harper, co-coordinator of the Royal City Gogos. “The exhibit has traveled across Western Canada, and this auction is meant to be a farewell party for this stirring visual testament.”

The auction is taking place on Friday, March 7 from 7 to 10 p.m. at the Inn at the Quay, 900 Quayside Dr. The art is in varied media including metal and stone sculpture, paintings, collage and textile art.

“It’s going to be a fun event – and very profitable for our grannies,” Harper said. “It’s been over a year in the making – a lot of work by a lot of women.”

The funds raised go to the Stephen Lewis Foundation, which partners with community-based organizations that are run by and for grandmothers in Africa. While the event is nearly sold out, anyone interested in last-minute tickets can contact gogosartshow@gmail.com to see if any tickets ($35) are available.

Bidding for the 40 pieces of artwork has closed, but attendees will be able to bid on the art at the event.

“There’s an actual live auction. Some of them will be based on the online bids,” Harper said. “It’s very exciting.”

The Royal City Gogos launched a juried art exhibit at River Market in May 2013. Since that time, 14 grandmothers groups from Vancouver Island to Medicine Hat have hosted the art exhibit, with events surrounding the exhibit, raising $30,000 to date.

Janine Reid founded the Royal City Gogos in April 2009 to raise funds for the Stephen Lewis Foundation in support of community-based projects that work with African grandmothers and the children in their care. Gogo means grandmother in Zulu.