The city has designated some properties with zoning that will keep them as rental only
Mar 30, 2021 5:02 PM By: Staff Reporter 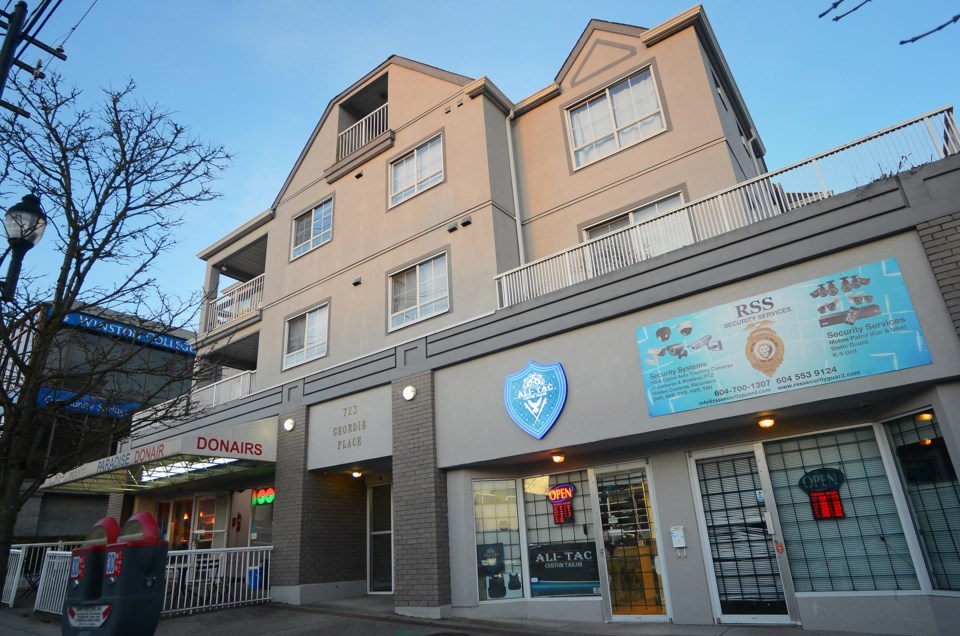 Geordie Place on 12th Street is one of six strata buildings that have been operating as rentals for many years that are taking the City of New Westminster to court. They’re asking the Supreme Court of British Columbia to declare the bylaw to be illegal and/or void, to impose an order quashing the bylaw and to pay costs of the legal action.Record files

The City of New Westminster has emerged victorious in a Supreme Court of British Columbia challenge over the use of residential rental tenure zoning.

In July 2018, the province enacted rental tenure zoning authority to enable protection of the rental tenures in existing apartment buildings. In 2019, New Westminster City Council adopted Zoning Amendment Bylaws No. 8078 and 8123, making it the first municipality in the province to apply the newly granted residential tenure zoning powers to some of its existing rental housing stock.

Under the bylaw, the city designated 12 city-owned properties and six private properties for residential rental tenure. The bylaw was intended to preserve properties at 214 Agnes St., 215 10th St., 211 11th St., 425 12th St., 723 12th St. and 514 13th St. as rental only. These properties were built as strata but have been operating as rentals for years.

After council approved the zoning amendment bylaw, however, the registered owners of all six strata properties took the city to court.

On Tuesday, the court upheld the bylaw.

“Rental tenure zoning has been an important tool used to respond to the real challenge of saving existing purpose-built rental housing,” said Mayor Jonathan X. Coté, in a statement. “We are pleased that the BC Supreme Court has upheld the city’s rental residential zoning powers so that we can preserve our rental housing stock and support our residents. We know that the housing crisis has been worsened by the pandemic and we are very committed protecting tenant rights.”

The city says that now that the court has ruled in the city’s favour, Zoning Amendment Bylaw No. 8123 will continue the residential rental tenure restrictions for the six stratified rental properties. These units must remain rental-only and cannot be owner-occupied, the city said, whether wholly owned by one entity or as units that are separately sold and held by individual entities.

“This ruling is a positive step in helping the city respond to a complex housing crisis, at a time when it’s more critical than ever,” said Emilie K. Adin, director of development services. “It supports the city’s understanding that residential rental tenure zoning is a viable tool for local governments, which is good news for many BC municipalities who may wish to use the new tool to protect existing rental housing stock.”

Opinion: Forget about a second bedroom with these skyrocketing Burnaby rents
Feb 17, 2021 12:59 PM