New NWSS has cost $88.5 million so far. Next step: demolition

The replacement New Westminster Secondary School opened for students Jan. 11. Now the school district is moving on to demolition of the old school and plans for a memorial park.
Jan 20, 2021 4:01 PM By: Julie MacLellan 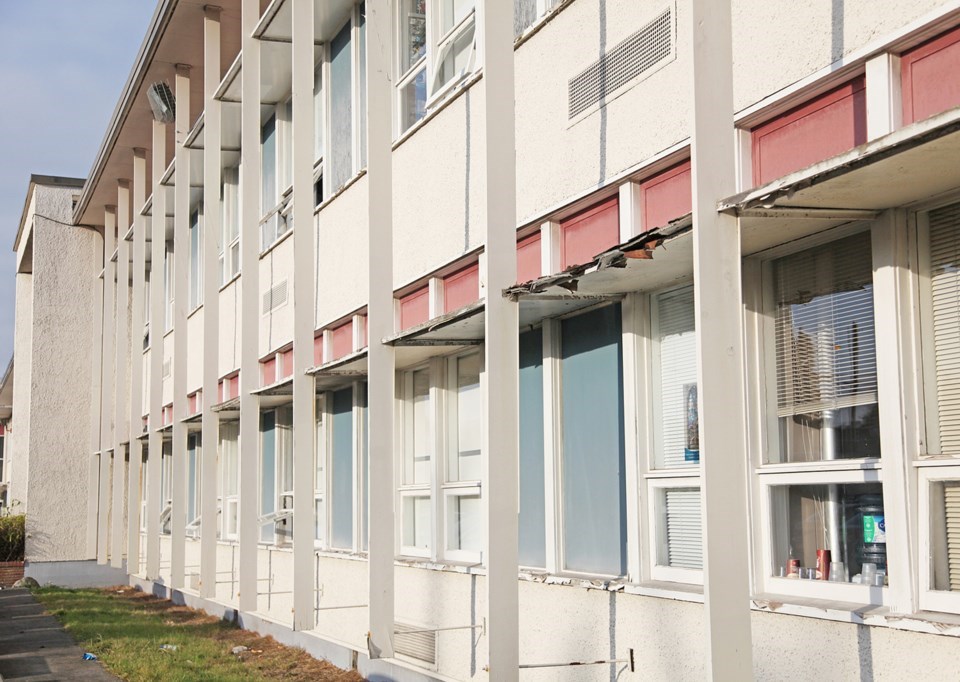 The old New Westminster Secondary School, which dates back to 1949, is coming down. It will be replaced with a memorial park paying tribute to the history of the site.Record files

The New Westminster school district has spent $88.5 million so far on the new NWSS – but it’s many millions of dollars away from being finished with the entire project.

The district has opened the newly built New Westminster Secondary School facility, near the corner of Sixth Street and Eighth Avenue, and the school’s 1,700-plus students have moved in effective Jan. 11.

Dave Crowe, the district's facilities director, said the construction project, which has spanned the past four-and-a-half years, involved about 3,000 people in a variety of roles.

“That’s a significant number of folks,” he told trustees at the school board's Jan. 12 operations committee meeting. “There’s an overworked saying that says it takes a village; well, it truly did on this. We really reached out to all the different stakeholders at various levels of government, as well as the community. …

“It truly was a huge effort by many, many people.”

But a large task still remains: the demolition of the existing 70-year-old school and the creation of a memorial park in its place.

All told, the district is working with a budget of $106.5 million, making it the largest capital project of its kind in British Columbia. That means about $18 million remains to be spent on the demolition and memorialization phases of the project.

Crowe said staff is currently putting together the request for proposals that will go out for bids for the second phase – the deconstruction and demolition of the old building.

“We’re just putting together the budget for Phase 2 now, but it’s looking like it will take us to the full $106 (million),” he said.

A previous report to school board, in October 2020, laid out plans for the future memorial park that will occupy the land where the old school now sits. That park, which is planned to be built in phases over the next three years, will include greenery, pathways and a number of tributes – by way of art and signage – to the original uses of the land.

The current school, which opened in 1949, sits on a cemetery that was used between 1860 and 1920 as a potter's field where bodies of the poor, prisoners, stillborn babies and patients from Woodlands and Essondale (which later became Riverview) were buried. The land was also used by Chinese, Sikh and Indigenous communities to bury their dead.

The first phase of work on the memorial park comes with an estimated price tag of $1 million.