A new leader is in the driver’s seat on the Mayors’ Council on Regional Transportation – and it remains to be seen if that means a new direction for the region.
Dec 13, 2017 1:21 PM By: Theresa Mcmanus And Tereza Verenca 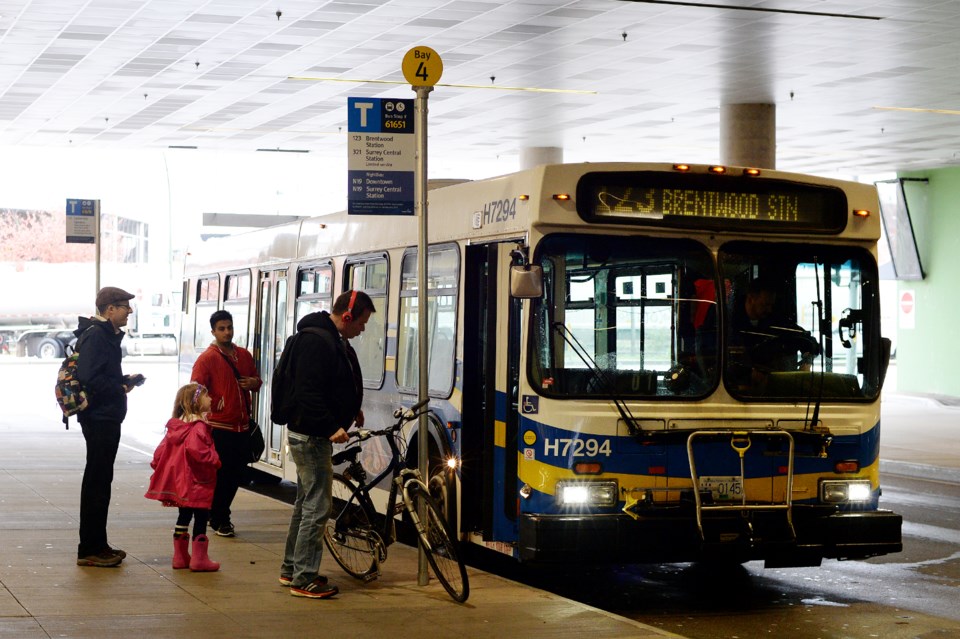 Burnaby Mayor Derek Corrigan is the new chair of the Mayors' Council on Regional Transportation, which identifies the region's transit and transportation plans and funding for those plans.

A new leader is in the driver’s seat on the Mayors’ Council on Regional Transportation – and it remains to be seen if that means a new direction for the region.

Burnaby Mayor Derek Corrigan was elected as the new chair of the Mayors’ Council, replacing Vancouver Mayor Gregor Robertson, who had been at the helm for three years. The Mayors’ Council, which includes representatives from 21 Metro Vancouver municipalities where TransLink operates, is responsible for approving TransLink’s transportation plans and identifying funding for those plans.

“It definitely is a little bit of a surprising direction, in the context that we are already well into implementing the mayors’ 10-year vision,” said New Westminster Mayor Jonathan Cote. “To have the new elected chair be the only member elected on the Mayors’ Council who actually voted against that vision and who has been, in the past, critical of the major components of that vision is a little bit surprising.”

The Mayors’ Council approved Phase 1 of a 10-year vision in 2016, which includes increases to bus, HandyDART and rail (SkyTrain, West Coast Express) services between 2017 and 2026, funding for improvements to the major road network, expansion and improvements to the cycling and walking networks and consultation on Broadway subway and Surrey light rail projects. Phases 2 and 3 of the plan will consider transit and transportation improvements to 2030.

“I think it’s too early to tell what the intention of the larger Mayors’ Council was with respect to this,” Cote said of the change in leadership. “I think there definitely was an anti- Vancouver, anti-Surrey, big city feeling around the Mayors’ Council. Ultimately that’s probably been bubbling up for a while around that table, and I think that probably is the driving force behind the results we saw.”

When Hepner decided to step out of the race, she suggested Cote put his name forward for vice-chair as she knows he is a strong champion of the mayors’ 10-year plan.

“The next thing I knew I was being nominated for the position and had 30 seconds to write a five-minute speech. It really was last minute,” Cote said. “I just articulated that it was really important that we stay the course, that we have unprecedented federal and provincial commitments toward a major transit expansion in our region and that it’s important to have that perspective be part of the voice of chair and vice-chair.”

While each of the representatives on the Mayors’ Council have a vote, Cote said the chair has a key role.

“The chair has a very critical role in running the Mayors’ Council in terms of setting the agenda and the direction,” he said. “There is no doubt the chair does play a very critical role and does have some responsibilities. It is a little bit more than just chairing the Mayors’ Council meetings. Having said that, ultimately the Mayors’ Council body is responsible to the entire voting body and the direction that’s given from that group. I think there will be plenty of opportunities for the mayor to either want to continue down the road of moving forward with the mayors’ 10-year plan or taking a pause. Those would certainly be open, public discussions that would happen in the new year.”

Corrigan told the Record he wasn’t surprised about the result because there’s “been a desire … for a more neutral chair.”

“There’s obviously concerns as to whether or not there is a conflict and certainly the appearance of a conflict with the chair having such a strong interest,” he said of Robertson and the Mayors’ Council’s 10-year plan, which includes extending the Millennium line, replacing the Pattullo Bridge and creating rapid transit connecting Surrey to Langley. “When the mayors are looking at how they can feel regional interests are being protected, it’s probably through looking at a couple more neutral parties like Richard Walton from (the District of) North Vancouver and me.”

The Mayors’ Council’s chair and vice-chair sit on TransLink’s board of directors.

“When you’re in these kinds of jobs, there’s a time to press the refresh button. You’ve been in there for three years and it’s unique in the sense that only the chair and the vice-chair sit on the TransLink board, so what they get is information that is funnelled through those two people, and both Gregor Robertson and Linda Hepner were very much focused on the big projects in their cities, so I think there was a feeling that maybe there would be a little more regional perspective if they got people in that were from more neutral ground.”

Corrigan, who is part of an NDP-affiliated slate in Burnaby, thinks his colleagues also wanted someone who will be able to “communicate” with B.C.’s NDP government.

Not everyone was thrilled with Corrigan’s win.

New Westminster Coun. Patrick Johnstone tweeted: “Holy Christ. TransLink finally has a (provincial government) ready to work with them (and the) mayors put the most transit-regressive mayor in charge.”

2170
Luxurious residences are setting a new standard of living in Langley
286
Opinion: This protest in front of NWSS against an affordable housing project is ridiculous
277
New West now grappling with second big COVID-19 outbreak
233
Fundraiser set up after sudden death of beloved Burnaby-New West coach and ref
217
Here’s where people who are homeless in New West can enjoy a hot shower and get a comfort kit