Jagmeet Singh and the NDP launched a petition earlier this month to designate the group as a terrorist organization
Jan 26, 2021 2:53 PM By: Elana Shepert 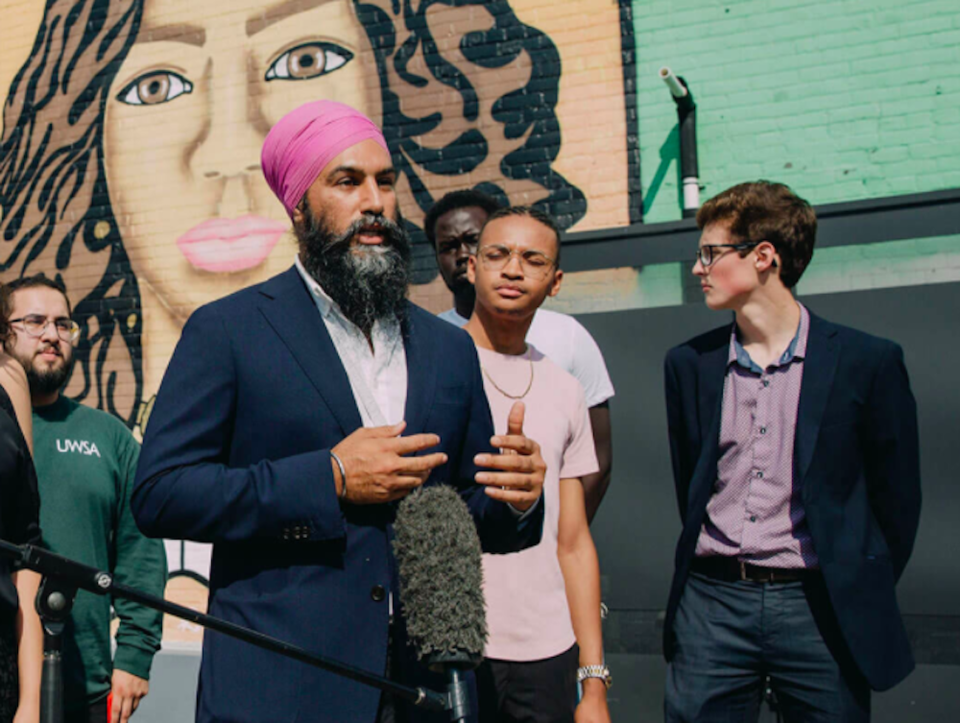 A motion to designate the Proud Boys as a terrorist organization in Canada passed unanimously in the House of Commons Monday night. Photo via New Democratic Party

A motion to designate the Proud Boys as a terrorist organization in Canada passed unanimously in the House of Commons Monday night.

The motion, which was put forth by the New Democratic Party party leader Jagmeet Singh, calls on the Trudeau government to immediately ban and designate the Proud Boys as a terrorist organization.

According to BBC, the Proud Boys are a far-right, anti-immigrant and male-only organization that promotes and engages in political violence.

By unanimous consent, the #HoC adopted a motion regarding the proliferation of white supremacist and hate groups and the designation of the Proud Boys as a terrorist entity.

"Alarmingly, their founder is from Canada."

The petition states how "Earlier this year, the Proud Boys, a right-wing extremist group that promotes white supremacist views made international headlines after being bolstered by Donald Trump."

Earlier this month, members of the Proud Boys joined a group armed with deadly weapons as they stormed the U.S. Capitol, which "was an act of domestic terrorism," explains the NDP.

The petition also notes that "Alarmingly, their founder is from Canada."

Singh says that the website crashed at one point "Due to overwhelming support" from people signing the petition.

Prime Minister Justin Trudeau, who over the course of the last four years has studiously avoided calling out the president by name, stopped pulling his punches after the storming of the U.S. Capitol.

"What we witnessed was an assault on democracy by violent rioters, incited by the current president and other politicians," Trudeau said in a prepared statement during a news conference outside his Rideau Cottage residence.

Harsha Walia, executive director of the BC Civil Liberties Association, took to Twitter to express why she thinks the Proud Boys shouldn't be designated a terrorist group.

The activist/writer argues that the terrorist designation negatively impacts minority groups--and that expanding the term to include white supremacists simply "won't work."

"There is no "appropriate" left reason for more criminalizing or securitizing laws. Global war on terror and its ongoing aftermath must be dismantled, not bolstered."

Singh has shared the petition on Twitter a few more times over the past couple of days. While the motion passed Monday, he notes that "the work isn't done" and that it is up to the Trudeau government to "follow through on the unanimous will of Parliament."

He adds that "millions of Canadians" want to see the designation applied, too.

Yes, our motion passed yesterday. But, the work isn't done.

It's now on Justin Trudeau and his Liberal Govt to do the right thing and follow through on the unanimous will of Parliament.

I hope he does, millions of Canadians do too. https://t.co/aBLLlsjq0e

NDP calls for Canada to ban and designate the 'Proud Boys' as terrorist organization
Jan 8, 2021 4:43 PM

479
Here’s where people who are homeless in New West can enjoy a hot shower and get a comfort kit
451
Luxurious residences are setting a new standard of living in Langley
202
UPDATE: Here's where you could be able to buy cannabis in New West
138
New West now grappling with second big COVID-19 outbreak
66
Canadians are outraged by the new egg patty in Tim Hortons' breakfast sandwiches