New Westminster School Board may be following in the City’s footsteps by enacting a living wage policy.
May 25, 2019 6:58 AM By: Janaya Fuller-Evans 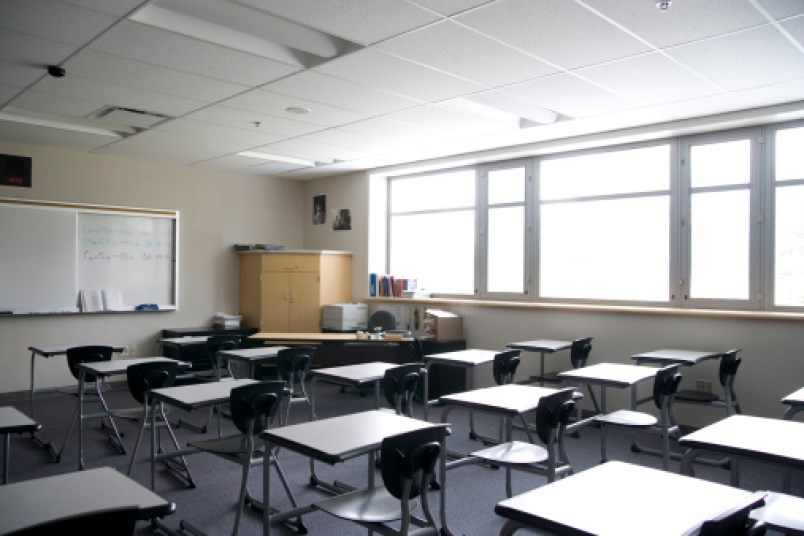 Coquitlam teachers are voting this week on a deal reached by the BCTF and the province on restoration of contract language.

New Westminster School Board may be following in the City’s footsteps by enacting a living wage policy.

On Tuesday, May 14, the New Westminster Board of Education’s operations policy and planning committee recommended the board direct staff to research and compile a report on what a living wage policy would look like for the district.

“It just seemed a good time to do it,” Mark Gifford, chair of the board and a member of the committee, said. “We see the impact of poverty on children and families in our district and the relationship it has to learning outcomes."

"If we really want to walk our talk of equity and inclusion, and knowing the impact of inequality in our schools, we really have to do what we can to show leadership and walk that talk of paying people an amount that does not keep them in poverty,” he added.

While district staff already earn a living wage, a living wage policy would include contractors and suppliers.

What it does is help us go to some of our major contracts and take a look at those,” Gifford said.

Gifford has seen firsthand how the implementation of a living wage policy works, both with a previous employer and currently with his own organization.

“It’s a huge boost for morale with staff who really want to see their colleagues work valued as well,” he said, adding it’s good for staff retention.

But a policy must specifically work for the school district before it would be introduced, he pointed out.

“It is important to look at what could be the potential impact and weigh the costs and benefits, and make a decision based on those facts,” Gifford said.

The recommendation gives staff until November 2019 to compile a report.

Halena Seiferling, campaign organizer for the Living Wage for Families Campaign, was at the meeting and made a presentation, clarifying how a living wage policy works.

“We calculate the living wage based on what it would take for folks to actually be able to live in their community, so we take into account things like rent, child care, transportation, food, and other common family expenses most families would typically encounter,” she told the Record. “So by an employer signing on to pay a living wage, what they’re saying is that they recognize that it takes a lot to get by in their community or region and they’re recognizing that they’re investing in their staff and their contractors, and their ability to raise a family and continue to live in their community.”

Another B.C. school district, Parksville-Qualicum, was certified as a living wage employer in 2015.

There are more than 140 living wage employers throughout B.C., according to Seiferling.

For more information on the campaign, go to www.livingwageforfamilies.ca