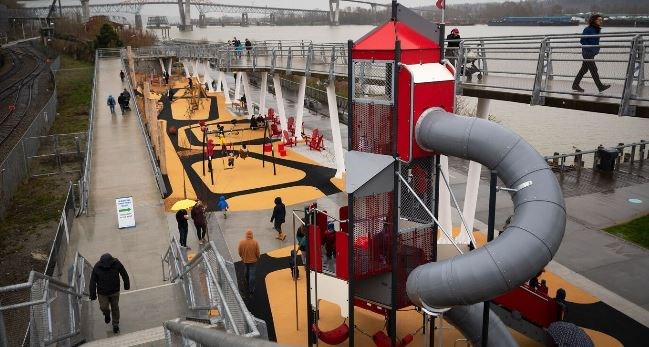 The new playground at Westminster Pier Park was well-used during the park's reopening.Jennifer Gauthier

Finally, after several long months, the park along the waterfront (Westminster Pier Park) reopened so on Easter Sunday I went down to take a look at the new playground. As usual, I was greatly impressed by how much positive energy went into the new construction. Kudos to all involved.

But there is a serious problem. The largest play contraption has a modified slide. It faces east and is 'modified' in that it has only two rails. Little kids are supposed to stretch their legs over the rails with nothing to support their bottoms before they slide down from a height of some eight to 10 feet.

This is unthinkably dangerous for children of such a young age. Get rid of that part of the larger contraption, and fast, before some kid gets seriously injured.