Editor: Living in New Westminster and working in east Richmond means I must travel along Stewardson way to access the Queensborough Bridge during rush hour.
Jun 14, 2021 2:05 PM By: Contributed 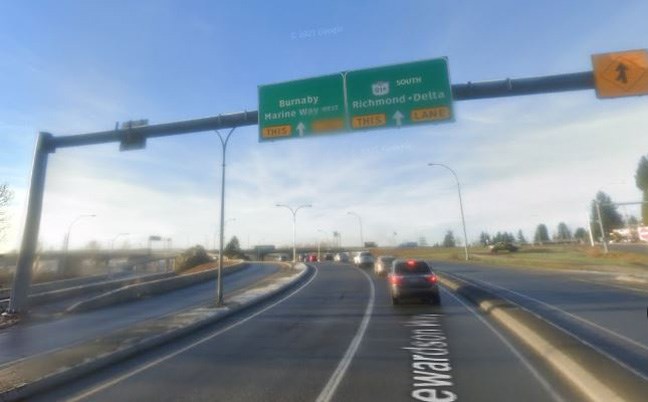 Living in New Westminster and working in east Richmond means I must travel along Stewardson way to access the Queensborough Bridge during rush hour.

From March 2020 until a few months ago, traffic was much lighter but recently it would seem that a lot more people are returning to working at their offices and old problems and bad habits are also returning.

Routinely the traffic will back up along Stewardson to 3rd Avenue and sometimes beyond. When this happens we see the selfish, self-important drivers who don't want to wait in the line drive in the left lane (designated to join Marine Way in Burnaby) and then try to cut in closer to the bridge. I have witnessed drivers come to a full stop in the left lane and put their blinkers on when there isn't space to cut in. This is not only rude and inconsiderate, but also very dangerous and adds extra time to the commute of all of the other drivers.

I have witnessed accidents caused by exactly this maneuver. Hint: loaded semi-trailers can't stop on a dime and often there is so little room the truck driver can't see the small car nosing into the few feet between the cab and the car ahead. Instant Karma, yes, but it makes my insurance premiums go up too.

It isn't always cars now either. The semi drivers or dump trucks with trailers are getting their own back and will stop and allow their buddies into the lane in front of them. And this isn't just one or two vehicles. Some mornings during my time waiting in line there will be dozens.

Imagine standing in line at the bank or queuing up at the grocery store to go through the check-out and some jerk at the back of the line decides he/she doesn't want to wait and cuts in front of you. This is no different behaviour than doing it in a vehicle. It is exactly things like this that cause road rage.

I did once upon a time write a letter to the New Westminster Police Department and ask for some enforcement. They declined and said it was a matter for the province since the roadway leads to a bridge.

Sick and tired of jerks on the road.