The commissioner of the Western Lacrosse Association says he’s troubled at the thought his league could lose its 2020 season because of the COVID-19 pandemic.
Apr 23, 2020 12:30 PM By: Mario Bartel 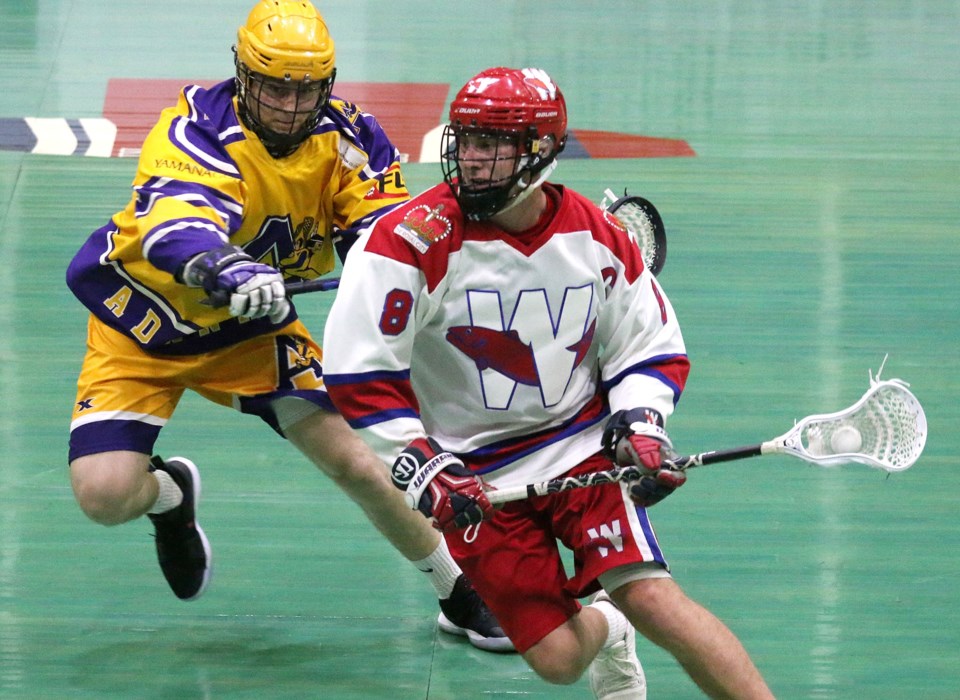 The New West team faces off against the Delta Islanders on June 2 at the Ladner Leisure Centre. Their next home game is against the Langley Thunder on June 5 with an 8 p.m. start time.Record files

The commissioner of the Western Lacrosse Association says he’s troubled at the thought his league could lose its 2020 season because of the COVID-19 pandemic.

But Paul Dal Monte said the league’s executive and governors are doing everything they can to ensure that doesn’t happen, even as the uncertainty about when restrictions on public gatherings could be lifted continues.

At the very least, the coming season - which has already been postponed from its scheduled May 21 start - is unlikely to look like any other normal campaign.

Dal Monte said the league has a contingency to play a schedule as short as 12 games. But any decision on how to proceed relies on continuing direction from health authorities, as well as the Canadian Lacrosse Association.

Dal Monte added he’s also in regular communication with his counterpart at Major Series Lacrosse in Ontario, which is supposed to be hosting the Mann Cup national championship in September.

“We stay on top of things,” Dal Monte said. “We understand the pain points and challenges.”

One of those pain points is the financial viability of the league and its seven teams, including the Coquitlam Adanacs, Burnaby Lakers and New Westminster Salmonbellies.

Dal Monte said the niche nature of lacrosse means teams rely on sponsors and partnerships rather than gate receipts to cover expenses, and with so many businesses suffering because of the pandemic, those dollars may be hard to come by this summer.

“At this stage, it creates a significant obstacle for us and many of our teams,” he said, adding without the certainty of a schedule, it’s difficult for teams to even begin having a conversation with potential sponsors.

Dal Monte conceded some teams might have a hard time operating.

Still, he said, time is on the league’s side. Virtual meetings with team governors are being held May 2 and 16 to assess the current situation and options for moving forward.

Any final call on how to proceed with a season could be held off as late as June 1, Dal Monte said. Then “we would have to make a decision one way or the other.”

Meanwhile, the president of the BC Junior A Lacrosse League said a recent pronouncement by British Columbia’s health officer, Dr. Bonnie Henry, suggesting large gatherings of people may not be allowed through the summer in an effort to quash transmission of the novel coronavirus that causes COVID-19 puts his league’s ability to hold a season “at risk.”

The BCJALL, which includes the Coquitlam Jr. Adanacs, PoCo Saints as well as junior incarnations of the Lakers and Salmonbellies among its eight teams, was supposed to play its first regular season game on Saturday. But that’s now on hold with the league executive meeting next on May 19.

Karl Kristiansen said the league could reduce its schedule to 14 games from 21, or even stage a tournament-style season to determine playoff teams that could compete for a chance to go to the Minto Cup in St. Catharines in August. That is, if the national championship even gets the green light to play.

Kristiansen said his group should have more clarity after the CLA meets May 15 when the fate of several national championships, from youth to senior leagues, is expected to be decided.

“We are hopeful we can play some lacrosse this season,” he added.