Is potash pushing coal out at Fraser Surrey Docks? 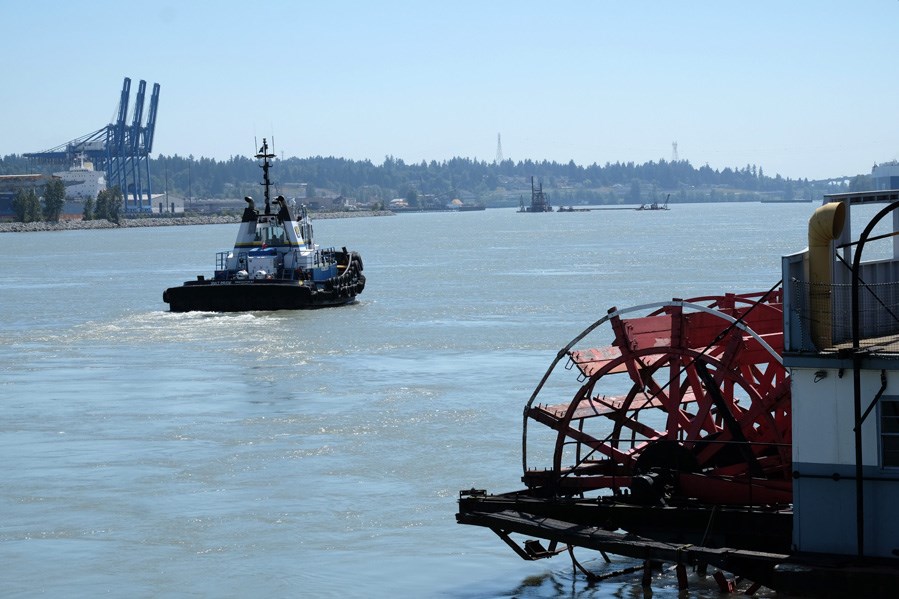 A potash export facility is being proposed at Fraser Surrey Docks, which is located directly across the river from Westminster Quay and Queensborough.

Have plans for a coal export facility at Fraser Surrey Docks been scrapped? Some city officials seem to think so.

On Monday, New Westminster city council received a staff report on a proposed potash export facility at Fraser Surrey Docks. As part of the project, it’s anticipated about eight million tonnes of potash would be moved through the facility annually, with the nine to 10 trains of potash from Saskatchewan arriving weekly and loaded onto bulk ocean-going vessels.

Coun. Chuck Puchmayr said he’d much prefer to see potash exported from the facility than dirty thermal coal from the United States.

“Part of me was actually a little bit relieved that the thermal coal isn’t now going to be there. I had heard rumours that thermal coal was not being entertained and potash was a rumour that would come in its place,” he said Monday. “Right now, there is chick peas and agricultural products that are exported there that create a significant amount of dust.”

Puchmayr suggested New Westminster communicate with Port Moody, which is home to a potash storage and handling facility. He said potash may have less of an impact on neighbours than existing uses at the site.

“I am certainly interested in looking at what other communities do with it,” he said. “Potash is a very-needed fertilizer globally and Canada is, I believe, the biggest exporter of potash in the world. I certainly want to look more into that and see what mitigations are available. Certainly, on first blush, it’s a relief to hear that it’s not thermal coal.”

Because it’s early in the review process, Coun. Patrick Johnstone said the city’s goal should be to assess whether resident near the proposed facility have concerns about issues like noise, light or dust. If residents have concerns, he said the city should ask that those issues be included in evaluation and mitigation processes related to the proposal.

“I am not hugely concerned about this,” he said. “Potash is a pretty innocuous substance. Just the way it’s transported doesn’t generate a ton of dust. It’s not acutely toxic; it’s not carcinogenic; it’s not flammable, so it doesn’t create a lot of the other concerns that other products might. I don’t think it generates a smell, but it might be a nuisance for dust.”

A spokesperson for Fraser Surrey Docks could not be reached by the Record’s deadline to confirm whether the proposed coal transfer facility is still being considered at the facility that’s located across the river from Quayside and Queensborough neighbourhoods.