'I will always be a teacher'

New West school district superintendent will retire at the end of December
Sep 28, 2017 10:52 AM By: Cayley Dobie 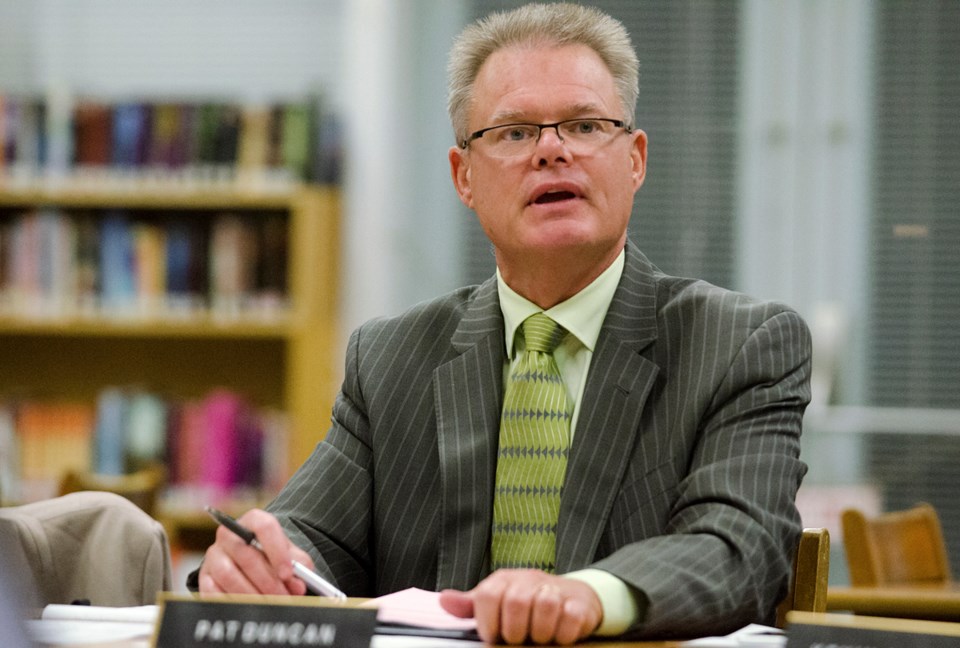 The New Westminster school district will lose one of its senior staff members at the end of this year.

Superintendent Pat Duncan announced on Wednesday he would retire as of Dec. 31 to spend more time with his family.

Duncan started as a teacher on Vancouver Island in 1983. During his time in the classroom, he taught English, physical education and leadership, eventually serving as vice-principal, principal and director in the Cowichan Valley.

But Duncan’s favourite job will also be teaching.

“I always will be a teacher,” he said.

“I love being in the classroom, I love working with students. My passion was to make our education system the very best it could be and to do that I felt I needed to leave the classroom and go into administration.”

Duncan took over as superintendent in New Westminster in August 2015 after the previous superintendent John Gaitpman retired. (Before that, Duncan and Gaitpman had worked together for about six years in Victoria.)

“His commitment, professionalism and leadership were pivotal as the district introduced a new provincial curriculum, rolled out to a full middle school model, overhauled the district’s policy framework, and advanced our high school capital project. I am pleased to say that our district is on a firm foundation as we move forward,” school board Chair Kelly Slade-Kerr said in a press release.

During his time as superintendent, the New Westminster school district has opened a new school – Fraser River Middle School – and has received funding for the much anticipated replacement of New Westminster Secondary School.

Duncan has been a major part of the planning for the new high school and is sorry he won’t be around when it opens. Despite that, he has no regrets after 34 years in education.

“I’m so excited about the transformation our education system is going through in British Columbia. I think we’re leading the pack,” he said.

“I’m glad to be part of that transformation.”

New Westminster has had four superintendents in the past four years, including John Woudzia, acting superintendent Al Balanuik, John Gaitpman and Duncan.

There’s no word yet on who will replace Duncan in the district office. A Canada-wide search is currently underway.

2266
Luxurious residences are setting a new standard of living in Langley
295
New West now grappling with second big COVID-19 outbreak
263
Opinion: This protest in front of NWSS against an affordable housing project is ridiculous
212
New West rapid access clinic opens as 'safe way to get sober'
198
UPDATE: Here's where you could be able to buy cannabis in New West