I talked with my grandmother about the Second World War (VIDEO)

Vancouver Courier editor’s grandmother, at age 93, recalled growing up in England and serving during the war
Nov 8, 2019 6:00 AM By: Michael Kissinger 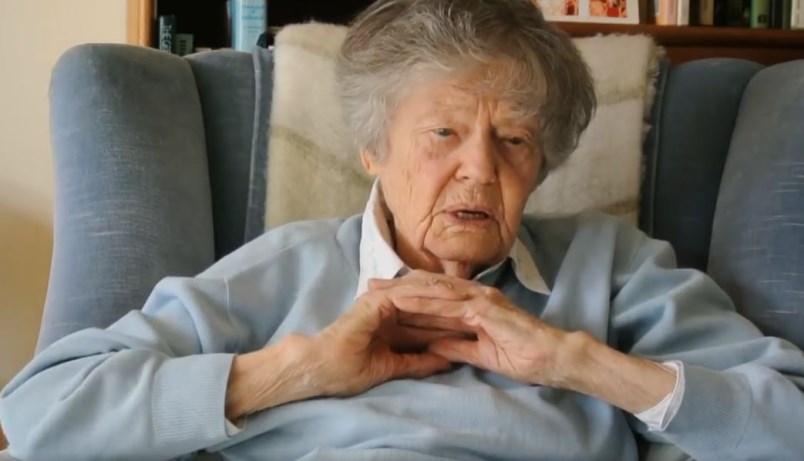 Every Nov. 11, my family gathers on Salt Spring Island to observe the Remembrance Day ceremony in downtown Ganges.

Like my grandfather, my grandmother was also a veteran of the war, working for the British Intelligence Corps, enduring the Battle of Britain and getting married during wartime, before travelling to Canada as a war bride on the Queen Mary with her first newborn (my aunt) in 1946.

However, unlike my grandfather, she rarely acknowledged her experiences during that time.

Before my grandfather died several years ago, he started to use a wheelchair in the Remembrance Day procession. My uncle Peter would proudly push him, and we’d all gather along the roadside and tear up as they passed by.

This year will be the first Remembrance Day without my uncle Peter, who died after an unforgiving battle with cancer last month.

Our family will once again assemble on Salt Spring Island this Nov. 11 to remember and give thanks to those who came before us, including my grandfather and my uncle, for all their sacrifices.

My 96-year-old grandmother will be with us as well — in her fold-up chair, sitting by the roadside, as she has done since I can remember.

In 2016, I sat down with my grandmother in her living room that overlooks Long Harbour and did something I had never done before — I asked her about her recollections of the war. This is the video of that conversation.