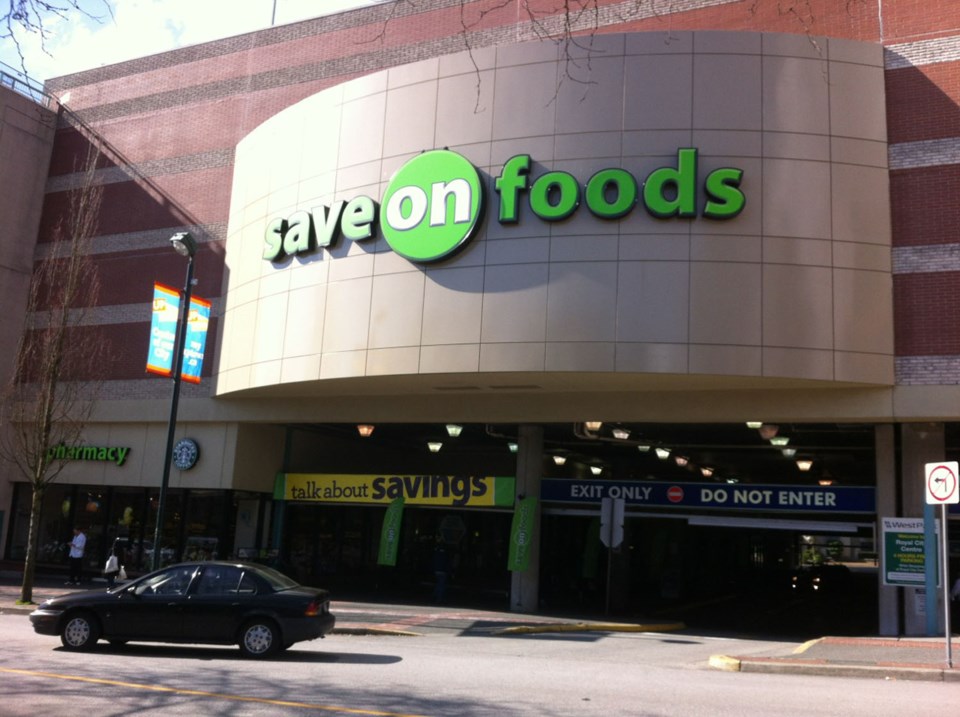 Grocery store closing: Overwaitea Food Group announced today that it plans to close the Save-On-Foods at Westminster Centre on Aug. 1, the same day it is slated to open another location at Columbia Square. The new Save-On in Royal City Centre, shown here, will remain open.File photo/THE RECORD

Save-On-Foods’ new location in the Royal City Centre mall in Uptown is now open to the public.

Just days ago, the new Save-On location was home to Safeway, but after Sobeys Canada acquired Safeway Canada, the company was required by Canada’s Competition Bureau to sell some of its locations.

On March 19, the Safeway store closed its doors and Friday afternoon it reopened as a Save-On-Foods after a quick two-day renovation.

“It has been a busy couple of days, but with the team here, we had the best grocers in the West helping us complete this project, and we couldn’t be happier to welcome everyone in to see what we have in store,” said Darrell Jones, president of the Overwaitea Food Group, in a press release.

Despite the change of appearance, shoppers will notice that the staff remains the same, because all employees of the former Safeway agreed to work at the new Save-On-Foods location.

Meanwhile, the Save-On-Foods in Westminster Centre, only a couple of blocks from the new Royal City Centre location, will remain open, and a third Save-On at Columbia Square downtown is scheduled to open this summer.

As for the Thrifty Foods in Sapperton, that location change won’t take place for a few more weeks, Overwaitea spokesperson Julie Dickson previously told The Record.