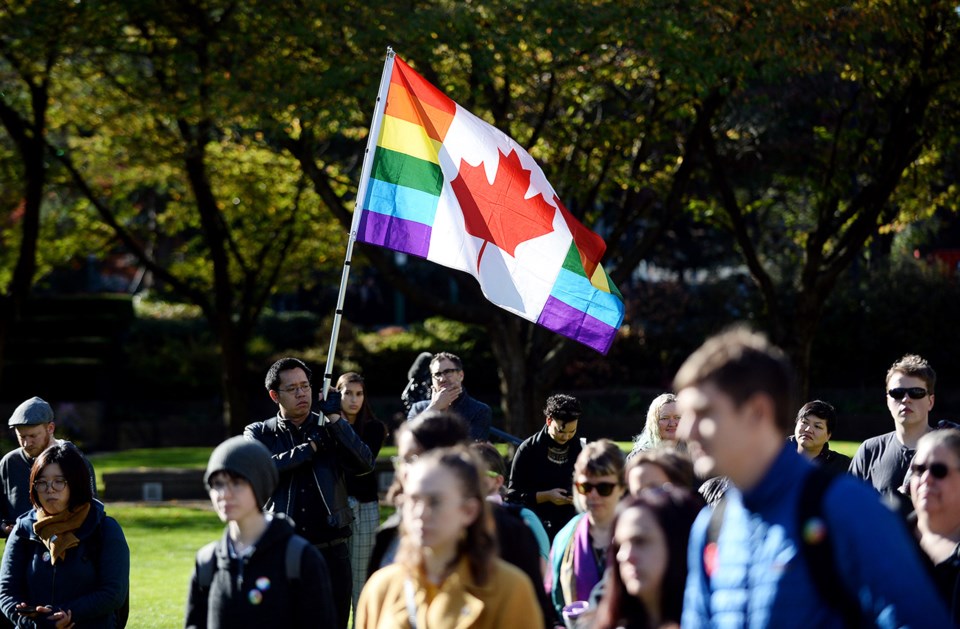 The City of New Westminster is reviewing its process for booking events at city-owned facilities after cancelling a public talk by a vocal opponent of “transgender politics” at the Queensborough Community Centre.

It isn’t the first time a talk by Jenn Smith, a trans-identifying man who prefers “he/him” pronouns, has been cancelled by a public institution in New West; he first attempted to book his talk, titled “The erosion of freedom,” at Douglas College in June.

More than a month after that event was cancelled, Smith announced the same talk was scheduled on Aug. 1 at the Queensborough Community Centre.

But city officials have confirmed that talk was cancelled on July 18.

In an email, James Doan, city hall’s manager of community development, said the city has the right to decline or cancel events at city facilities that go against the city’s mission.

Doan points to two city documents that outline the city’s mission: The official community plan, which says New West is a “caring and inclusive community,” and the strategic plan, which calls New West a city “known for social inclusion and equity.”

Both the Douglas and Queensborough events were booked under a name other than Smith’s, and both were cancelled after more information came to light for the public institutions.

Doan said it’s “not uncommon” for such events to be scheduled by a third party, but he added that the city is reviewing its policies around event bookings.

“In light of last week’s cancellation, we will be reviewing the information we currently require and determine whether additional information should be requested prior to confirming event bookings,” Doan said.

“His endgame is generally to publicize where he’s going to be speaking, knowing that we’re [B.C. Families for Inclusivity] going to contact the venue, and then he plays the victim, acting like we’re targeting his right to free speech,” Dirks said.

Smith often makes big claims about his critics – in one blog post, he compares a protest against his talk in Victoria to Nazis – and pegs himself as a free speech advocate. In another post, dated July 19, he lists postsecondary institutions that have cancelled his talks, including Douglas College, declaring that the government is “eroding our freedoms and trampling free speech.”

But Dirks said there’s no room for talks like Smith’s – particularly in publicly owned venues.

“This person deliberately has cherry-picked information that he shares to basically turn anybody who listens to him against” the LGBTQ+ community, Dirks said. “I don’t believe that any venue … should be allowing this type of stuff to take place.”