Eva Markvoort to be honoured in Queen’s Park rose garden 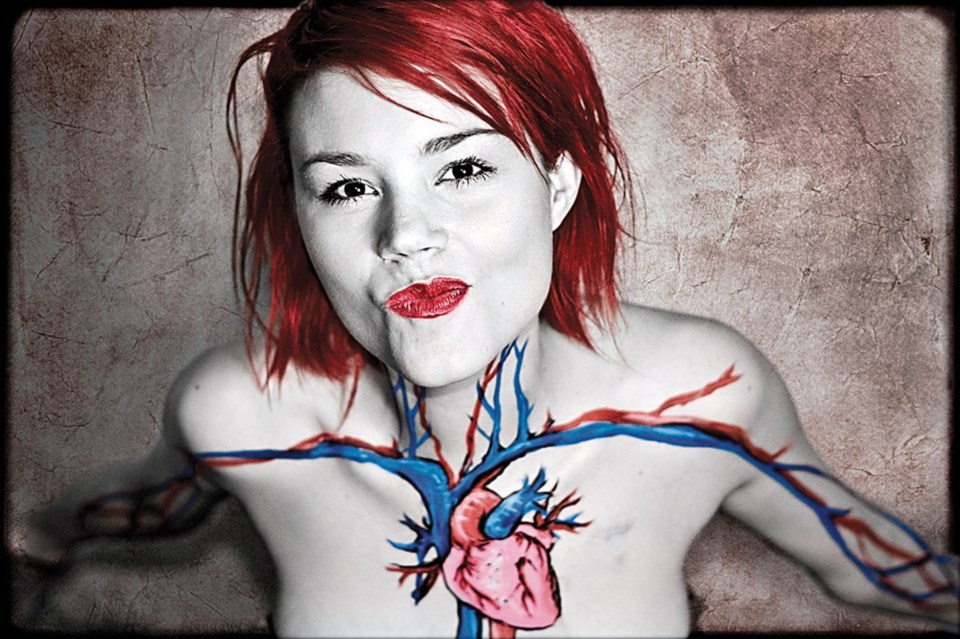 Brave heart: Eva Markvoort in a publicity photo for 65_RedRoses, a documentary about her life and battle with cystic fibrosis. Eva did the body painting herself.Cyrus McEachern, contributed/THE RECORD

A young woman who championed organ donation and raised awareness around the world about cystic fibrosis has left a permanent mark on her hometown.

New Westminster native Eva Markvoort was featured in the award-winning Canadian documentary 65_RedRoses, which chronicled her wait for a double lung transplant. Markvoort, who blogged about her experience with cystic fibrosis under the name 65redroses, died of the disease on March 27, 2010 when she was just 25.

A month before her death, Markvoort wrote:

some proof that I had been here

something to say that I mattered

The City of New Westminster has been working with the Brine/Markvoort family to finalize details for a commemorative plaque to be installed to honour Markvoort in the Queen’s Park rose garden. Community members are invited to attend the plaque unveiling in the rose garden on Friday, June 3 from 4 to 6 p.m.

“Eva Markvoort was an articulate bright young woman who embodied tremendous courage, determination and hope,” Mayor Jonathan Cote said in a press release. “This memorial plaque will serve as a reminder of her strength and ability to inspire untold numbers of people.”

Markvoort chose 65 Red Roses as her profile name because young children often find cystic fibrosis difficult to pronounce, instead calling the disease 65 roses.  The city believes the Queen’s Park rose garden is the most fitting location in the Royal City to place a plaque remembering Eva’s legacy.

“Eva lived passionately and with purpose, leaving a legacy of love and making a difference in the lives of thousands of people in her personal life and in her online community,” said Bill Markvoort, Eva’s father. “She was defined by her challenges related to cystic fibrosis, yet soared above the limitations the disease imposed.”