Douglas College has declined to answer questions about the departure of its former president or why the institution continued to pay him $14,000 a month after he left suddenly last year.
Oct 8, 2015 9:42 AM By: Cornelia Naylor 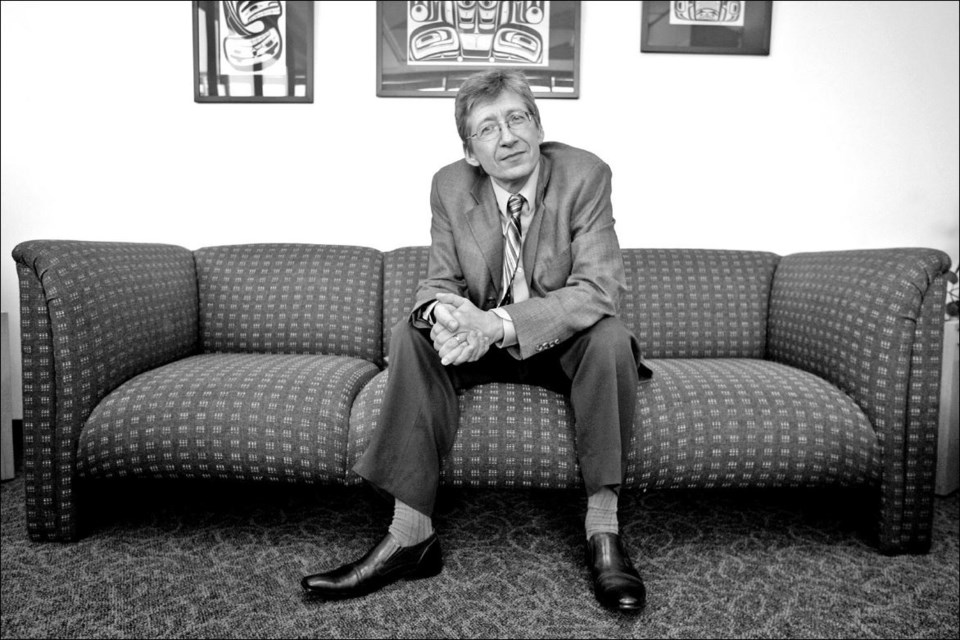 Douglas College has declined to answer questions about the departure of its former president or why the institution continued to pay him $14,000 a month after he left suddenly last year.

Scott McAlpine left the New Westminster college on June 16, 2014 to “pursue other opportunities,” according to a Douglas announcement at the time.

But the former president stayed on the college’s payroll until the end of the year, taking in $134,432 in salary and benefits after his departure, according to the institution’s 2014 executive compensation report.

The college would not confirm whether it terminated McAlpine’s contract “without cause,” but documents obtained by the Record through a Freedom of Information request suggest that was the case.

Besides advising him to turn in his keys and saying his personal belongings would be couriered to him, a letter from board chair Shelley Williams dated June 16, 2014 informed McAlpine of his severance arrangements, including a $14,000-a-month salary continuance, extended health benefits, and pension contributions from the college until Oct. 16, 2015.

Williams noted McAlpine was bound by the terms of his contract to “make all diligent effort” to find new employment and that his salary and benefits would end when he found new work.

If his new job paid less than his Douglas College post, however, the letter states McAlpine would be topped up until Oct. 16.

The first three paragraphs of the document were blacked out, and requests for an interview with Williams to answer questions about why McAlpine was terminated and whether he was still being paid by the college were declined.

“Dr. McAlpine’s employment with Douglas College ended on June 16, 2014,” stated an emailed comment in response to the interview requests. “The severance package he received was consistent with his employment contract and the applicable legislation.”

McAlpine’s contract, also obtained through a Freedom of Information request, states the college could, by majority resolution of the board, terminate its president’s contract before its expiry date “without cause and without any advanced notice” provided it gave him a severance package like the one outlined in Williams’s letter.

McAlpine first came to New Westminster from Grand Prairie Regional College in Aug. 2009, after signing a three-year contract with Douglas.

The local college then signed a five-year contract with the former president that would have been effective from Jan. 1, 2012 to Dec. 31, 2016.

664
New West sees big jump in COVID-19 cases
331
A cafe helping people in need says pay what you can
249
Opinion: Now NIMBYs are whining about shadows from new housing
218
Filming in New West: A bright spot in a challenging year
175
New West athlete remembered for her zest for life