How not to let city priorities fall by the wayside and how to continue with public engagement are two of the issues facing New Westminster city council in the face of the COVID-19 crisis
Mar 26, 2020 2:04 PM By: Julie Maclellan 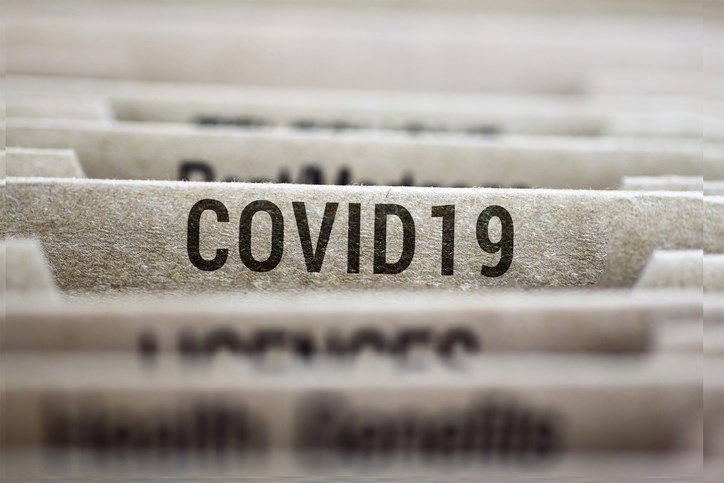 COVID-19 is front and centre for the City of New Westminster. But what does that mean for other files that may be in the works? These and other questions are now facing city council as they cope with the new normal of life in a pandemic.Getty Images

How do you balance the business of running a city with the need to guide it through a pandemic?

New Westminster city councillors grappling with that question as they ponder how to conduct public business at a time when members of that public shouldn’t be gathering in groups.

Provincial directives regarding the need for people to stay home, self-isolate and not congregate in groups mean that typical city processes – including public hearings – are now off the table, and city staff are focusing their efforts on essential business in the face of COVID-19.

Councillors voted on March 23 to accept some new rules about how they conduct business, including a ban on public hearings and a directive to all development applicants to suspend open houses and residents’ association presentations during the period of the COVID-19 pandemic. (See related story here.)

But, even while accepting staff recommendations to that effect, councillors raised concerns about the possibility that some important city business might end up falling off the table.

“I’m concerned about the scale at which we’re talking about not doing city business anymore,” said Coun. Patrick Johnstone.

Johnstone said the city is dealing with an emergency right now but pointed out there are existing crises in the city – such as housing and child care – that still require attention.

“I’m afraid that if this is an ongoing issue for months that we are really going to lose momentum on some of these important actions the city needs to take,” he said.

Coun. Chuck Puchmayr, too, noted the lack of public hearings could stop some important projects, such as social housing, from moving forward.

“I think there’s even a greater need after this is over for social housing, and getting into the queue for a period of months could have a very detrimental effect,” he said.

He also raised concerns about developers who currently have applications in process and may now need to halt their projects.

“If this goes on for a year or 18 months, it could be absolutely devastating, even more so to our economy,” he said.

Jackie Teed of the city’s development services department told council the city is continuing its essential planning services, including building permit applications, building inspections and business licences. Staff are also continuing to process applications that don’t require council consideration or public consultation, such as those for laneway houses and single-detached homes.

Teed said the city has also identified Royal Columbian Hospital’s redevelopment as a project it wants to move forward, even though it will require a public hearing.

“Once we got to that point, we would need to discuss with council how to address the public hearing for that,” she said.

For other projects, Teed noted, staff are looking at ways to work with applicants and review applications internally so they can get out of the gate as quickly as possible once public processes are allowed again.

“We’re redeploying some of our non-essential staff to look at how do we get our functions up and running once we get through this pandemic situation,” she said.

Lisa Spitale, the city’s chief administrative officer, assured council that the concern over not losing momentum is “top of mind” for city staff.

She said that right now, a host of work is being done to clarify what’s defined as “essential” versus “non-essential” business and figuring out which staff are necessary for which roles.

“Right now, it’s really about focusing staff on mission critical work around the vulnerable, the isolated, really getting that going,” she said.

Spitale noted that with more frequent council meetings – councillors will be holding weekly meetings electronically, rather than in person – the city will be able to respond quickly to changes as they happen.

Coun. Nadine Nakagawa said she had had a moment of “stunned reality” while contemplating the changes in the way council conducts its business.

“There’s trees blooming outside and people are walking their dogs, and yet we’re talking about putting a pause on all the major things we’re working on in the city. I think that is hard to reconcile, but I think that’s the truth,” she said, adding nobody knows the full scale and scope of what the pandemic will mean to the city.

She said all the city’s priorities are still important, but it’s unrealistic to expect staff to know where the city will be at three weeks or a month from now – and, in the meantime, the city has one mission.

“The number 1 thing right now is to stop people from getting sick and dying. That’s the number 1 priority, and I think we have to keep that in mind,” she said.

Mayor Jonathan Cote said the city needs to recognize it’s not “business as usual” and that, although development will be an important part of the city’s economic recovery in the future, council needs to deal with the immediate crisis.

“In my opinion, now is not the time to say we have to get public hearings on a highrise development that’s going to be built five years from now through the council chambers and through some weird process to get there,” he said. “These are not priorities for our community right now.”

Coun. Jaimie McEvoy said it’s fair to discuss how the city will deal with non-pandemic-related business.

“We’re going to face the problem that we’re going to have business to do and demands to meet that aren’t related to COVID,” he said. “We may not face that problem today, but it’s going to happen, and we’re going to need to find ways to do some of our regular business at some point unless it becomes absolutely impossible.”

But, he said, that’s a discussion for later and not for right now, which he described as the “emergency crisis, what the hell just happened, and what do we do right now” stage.

In the meantime, Johnstone urged staff to work with legal counsel and the province to try to find new ways to allow public processes to happen.

“I don’t think that (residents’) inability to be present in the same room as four councillors is something that should stop us being able to do business,” he said. “We are in an era where people who want to take part in a public hearing can of course write us an email or write us a physical letter, but there’s also other opportunities.”

Johnstone suggested ideas such as an open hotline that would allow people to call and record five-minute delegations, or an online reporting form for people to give input on development applications.

Spitale said the Ministry of Municipal Affairs has heard “loud and clear” from B.C.’s mayors that legislative changes are needed to allow municipalities to conduct their business.

“We have a series of rules that never contemplated a pandemic,” Spitale pointed out. “The mayors have been given assurances that changes are coming that recognize the need for governance, the need for transparency and democracy, and reflecting the times that we’re in right now.”