Curious parents and residents dropped by an open house today to get a glimpse of what the new high school will look like once it’s built.
Mar 10, 2018 12:30 PM By: Cayley Dobie 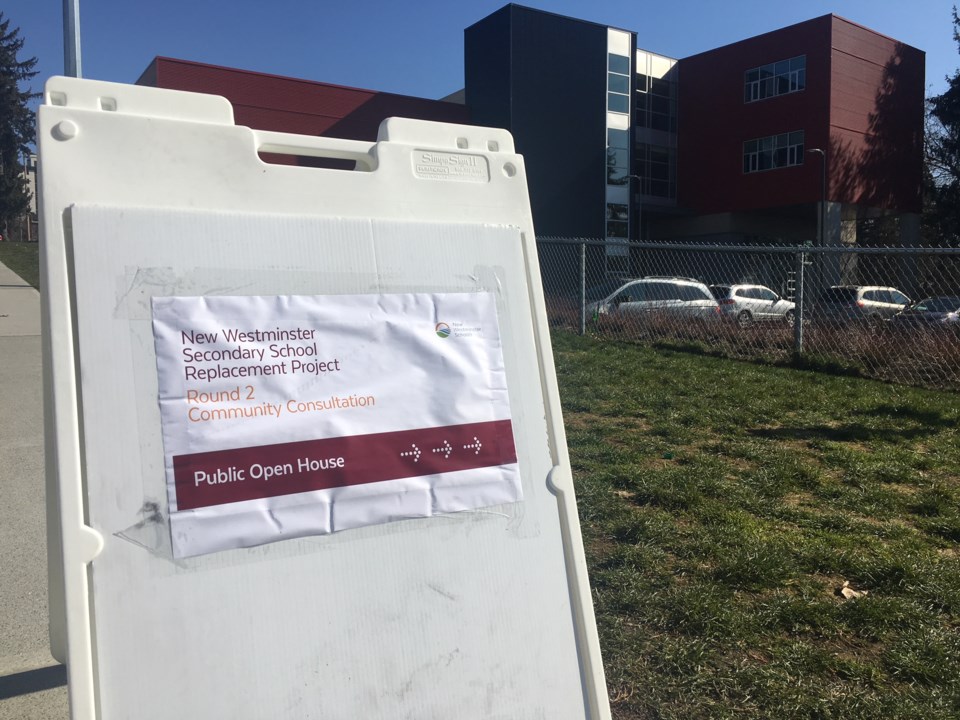 The second and final round of public consultations for the New Westminster Secondary School replacement project wrap up on March 15. Today (Saturday) was the final open house event.Cayley Dobie

Curious parents and residents dropped by an open house today to get a glimpse of what the new high school will look like once it’s built.

The open house was the last of two events planned for the final round of community consultation for the New Westminster Secondary School replacement project. There were more than a dozen people at the open house when the Record stopped by around 11 a.m. (An estimated 50 to 60 people were expected, according to organizers.)

Trish, who didn’t want to give her last name, said she was impressed with how the school looked in the renderings.

“It looks great. It looks really nice and new and clean and fresh and it’s kind of like university-ish instead of traditional high schools that we’re used to seeing,” she told the Record.

One thing that stood out to her were the name changes for areas including the library (now called a learning commons) and cafeteria (now called the servery).

She is concerned, however, about the amount of glass in the new school. Instead of walls, the design features a lot of open space with glass partitions.

“The concern for school shootings that were having now down in the States. Is that something that’s been considered as far as places for people to lock down in a classroom when it’s all glass?” she said.

The new school will house 1,900 students from Grade 9 to 12 when it opens in September 2020. The 215,000-square-foot school will be divided into three levels and will include at least 56 classrooms, a 280-seat theatre, seven collaborative learning spaces for trades programs, three outdoor spaces, a gym with three courts, bike racks and storage for 200 bikes, a Wellness Centre and a Friendship Centre.

There will also be bike lanes surrounding the school that connect to the City of New Westminster’s existing infrastructure.

There will be pick up and drop off locations at Sixth Street and Eighth Avenue and there will be a new traffic light installed on Eighth Avenue mid-block between Eight and Sixth streets (by the Moody Park arena and Massey Theatre).

This is the final round of public consultation for the new high school project. The community has until March 15 to provide feedback on three main components: outdoor spaces, pedestrian cyclist access and pick up and drop off areas.

Kirk and Co., a Vancouver-based communications and consultation firm, are leading the consultations and will have a report ready for the school district by this summer. About 80 people so far have participated in in-person events like the open house at Fraser River Middle School. The majority of feedback is expected to be submitted online, according to Kirk and Co.

For those who couldn’t make it to the open house today, you can still send feedback to the school district directly. Go to newnwss.ca to download the consultation guide. Email comments to the district directly at newnwss@sd40.bc.ca.