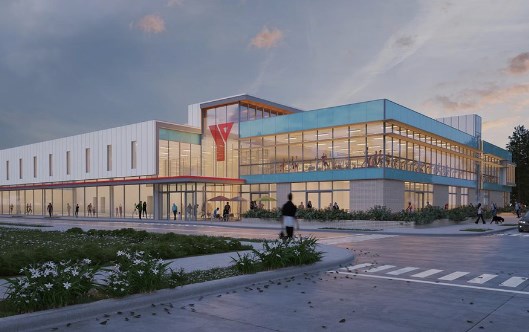 A major cornerstone of Surrey’s emerging downtown civic precinct will no longer proceed after a public-private partnership to build a recreation facility has fallen through due to stated escalating construction costs.

YMCA of Greater Vancouver announced Wednesday its plan to build the Surrey City Centre YMCA is no more, after costs climbed from an estimated $40 million to $75 million.

The facility was to be situated on Simon Fraser University land adjoined to a new condo development. The City of Surrey and YMCA committed in 2017 to contribute $20 million each for the facility, according to the YMCA statement.

“All three partners have been deeply committed to advancing this innovative project to benefit SFU students and the Surrey City Centre community,” said YMCA President and CEO, Stephen Butz. “Unfortunately, over the past few years, construction costs have increased dramatically throughout the region to the point that this particular project is no longer feasible.”

This is the fourth significant recreation facility in Surrey that has been mothballed in the past two years. Since 2018, city council has postponed funding for the Cloverdale Sport and Ice Complex, a community centre in Grandview Heights and a performing arts space.

The YMCA facility was to pick up programming left off by the shuttering of the old North Surrey Recreation Centre.

Mayor Doug McCallum issued a brief statement via the YMCA, suggesting existing facilities can nevertheless do the same.

“The City of Surrey remains committed to providing recreation opportunities to the residents in North Surrey through the provision of a diverse range of programs at our existing facilities,” said McCallum.

McCallum has been reticent to borrow money for recreation facilities, citing concerns about debt and keeping property taxes low.

McCallum resumed his “pay-as-you-go” financing philosophy he had implemented in his previous nine years as mayor when he and a majority backing him on council assumed office in October 2018.

This resulted in postponing $135 million in capital projects that were to be paid for through borrowing.

And so, since Surrey has among the lowest capital reserves in the province, it remains unclear what city hall could do to save the YMCA facility and still leverage the $20 million in private funding, if council remains reticent to borrow money from the Municipal Finance Authority of B.C., to make up for the $35 million shortfall, or shift its spending priorities.

The latter option is what two councillors are calling for.

Couns. Jack Hundial and Brenda Locke of Surrey Connect issued a video outlining how Surrey is far behind neighbouring municipalities in providing recreation centres and ice rinks on a per capita basis.

Despite initially campaigning with and becoming elected alongside McCallum, Hundial and Locke have stated in the past they’d be willing to increase taxes for specific projects if it means improving access to recreation for residents.

The two councillors also renewed their call to cancel the $45 million police force transition, which is ongoing and has already seen the city spend over $5 million in this year’s first quarter.

Surrey Board of Trade CEO Anita Huberman expressed disappointment in the YMCA cancellation.

“The YMCA was meant to be an example of a centre of community within Downtown Surrey that could have provided great value and partnerships to youth, families, education, adults, seniors, and of course businesses,” said Huberman.

2480
Luxurious residences are setting a new standard of living in Langley
310
New West now grappling with second big COVID-19 outbreak
251
Opinion: This protest in front of NWSS against an affordable housing project is ridiculous
219
New West rapid access clinic opens as 'safe way to get sober'
204
UPDATE: Here's where you could be able to buy cannabis in New West