The Royal City has secured its first fixed food truck location. At its July 13 meeting, city staff approved a six-month pilot project that will allow vendors to operate outside of the Steel & Oak brewery on Third Avenue.
Jul 17, 2015 11:48 AM By: Tereza Verenca 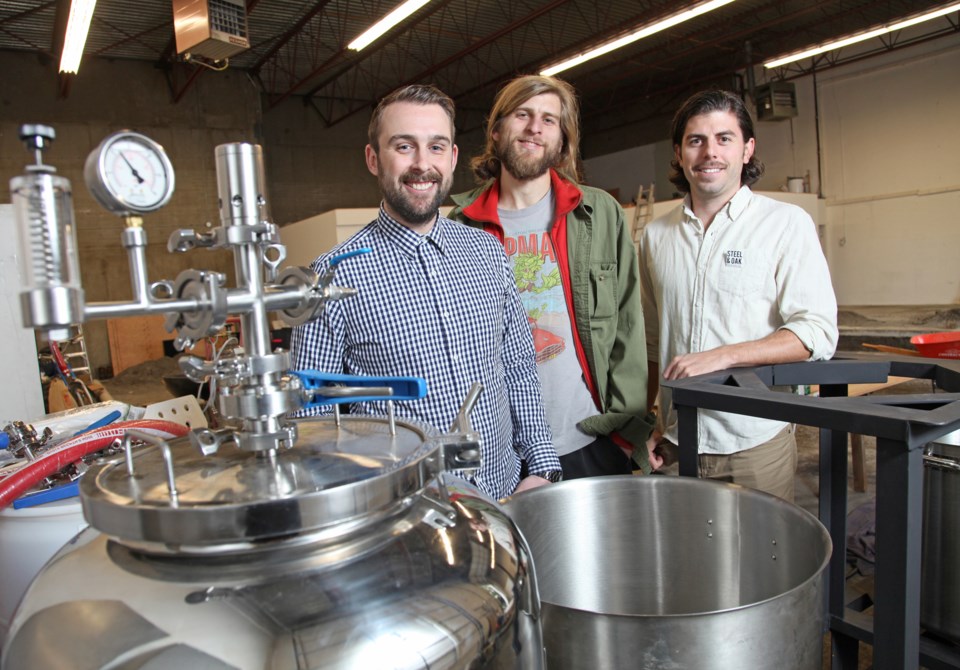 At its July 13 meeting, city staff approved a six-month pilot project that will allow vendors to operate outside of the Steel & Oak brewery on Third Avenue.

“A strategic priority of the city is to really build on the liveliness of our streets,” said Jackie Teed, manager of planning. “That whole idea of sidewalk cafés and parklets, we’re trying to get into all those kind of things, and one of the things we’ve seen happening around the region is food trucks.”

The pilot project, which runs until Dec. 31, allows for only one food truck at a time, with Steel & Oak to determine the vendor schedule.

The city, meanwhile, will be “rolling up their sleeves” and doing research on what a city-wide food truck program would look like, gathering community feedback through surveys. Council would then be presented with a report early next year.

“We’re excited to see who’s going to come there,” she said.

Also thrilled about the business opportunity is Steel & Oak owner Jorden Foss, who said it was “great for everyone.”

But the brewery isn’t a stranger to hosting food trucks. Since its opening, the company has allowed them to set up shop in their private parking lot out back.

“Now there will be a visual for people driving off that overpass,” Foss noted.

Having a food vendor outside won’t hurt business, he added, because the brewery only serves beer and snacks.

Current mainstays include Tasty Torpedo, K&J and Disco Cheetah. The entrepreneur said he hopes to have a steady stream of trucks Thursday through Sunday come fall.

“New West has been doing a really good job lately of recognizing that it’s a cool spot where you can go and get food on a street now, like you can in Vancouver,” said Foss.

Those with food trucks interested in parking outside Steel & Oak, located at 1319 Third Ave., can call 604-540-6495 or email jorden@steelandoak.ca. Businesses must need a letter of support from the brewery, a business licence (about $80 for six months) and must pass health and fire inspections.