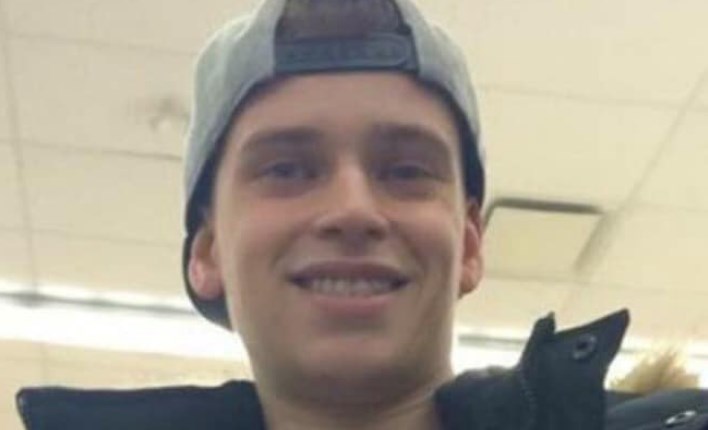 Charges of aggravated assault and assault have been stayed against Const. Elizabeth Cucheran, the Surrey RCMP constable who shot and killed 20-year-old Hudson Brooks on July 18, 2015, the B.C. Prosecution Service (BCPS) announced Wednesday.

Jennifer Brooks, Hudson’s mother, was quick to respond on her Justice For Hudson Facebook page.

“We are disgusted and so disappointed! I feel we lost Hudson all over again.”

According to BCPS new expert testimony conflicted with initial evidence against Cucheran, resulting in a stay of proceedings.

Among the key factors is that Brooks was “likely” suffering from “excited delirium,” according to the Crown counsel’s expert, upon cross examination by the defence following a preliminary hearing last November.

“This had significant implications for the use of force options that were available to Const. Cucheran, specifically with respect to the potential for a successful Taser deployment,” stated BCPS in a statement.

Brooks was shot several times after he was found walking the street in his boxers and a t-shirt at 2:45 a.m. near the District 5 RCMP detachment on 152 Street in Surrey. It was determined Brooks was extremely intoxicated by alcohol and cocaine. A civilian initially called 9-1-1 to report Brooks’ erratic behaviour on the street, including vandalism. When a police car exited the detachment, Brooks approached it and started banging on the window and yelling, “Kill you! Kill me! Kill you!” according to the male officer, who then called for help after determining he would be at a disadvantage had Brooks broken into the vehicle.

A taxi driver was a witness to Brooks banging on the police car with his fists and head. He described Brooks as the most violent, aggressive person he had ever seen, according to BCPS.

Cucheran arrived on the scene within a minute, and after telling Brooks to stop, he subsequently approached her. Cucheran pulled out her pistol and shot Brooks, who then continued to move forward and eventually fell on Cucheran, who then shot him in the chest, which was the lethal shot.

Initially the Crown adopted the position that Cucheran could have used a Taser or other protective measures against Brooks, who was initially thought to be at an appropriate distance for such measures. Hence the first shots fired at Brooks constituted aggravated assault and assault whereas the deadly shots when Brooks was on top of Cucheran were deemed a reasonable defense.

However the Crown’s use-of-force expert’s opinion was challenged under cross-examination. The expert changed his initial opinion that Cucheran was not justified to draw her pistol. And it could not be determined that Brooks was far away enough to even consider a Taser (at close range they are not as effective, according to the BCPS). And Cucheran would not have had time to switch the pistol for a Taser, in any case, experts noted.

“When charges were initially approved, there was no reference in the expert reports to the possibility that Mr. Brooks was in a state of excited delirium or what the implications of this might be for the assessment of the reasonableness of the force used by Const. Cucheran,” noted BCPS.

In such a state, Brooks would be able to show exceptional strength and endurance without apparent fatigue. “Mr. Brooks was displaying many of the symptoms of excited delirium,” and so the effectiveness of non-lethal force options would be lessened, it was determined.

As well, the BCPS stated witnesses to the case indicate he had “possibly also used psilocybin that evening,” however there’s no indication from BCPS this was proven by a toxicology report.