Cemetery back to haunt new school?

Find another location. That’s the message coming from the Canadians for Reconciliation Society this week over the historic cemetery that lies beneath a portion of New Westminster Secondary School.
May 4, 2016 3:55 PM By: Cayley Dobie 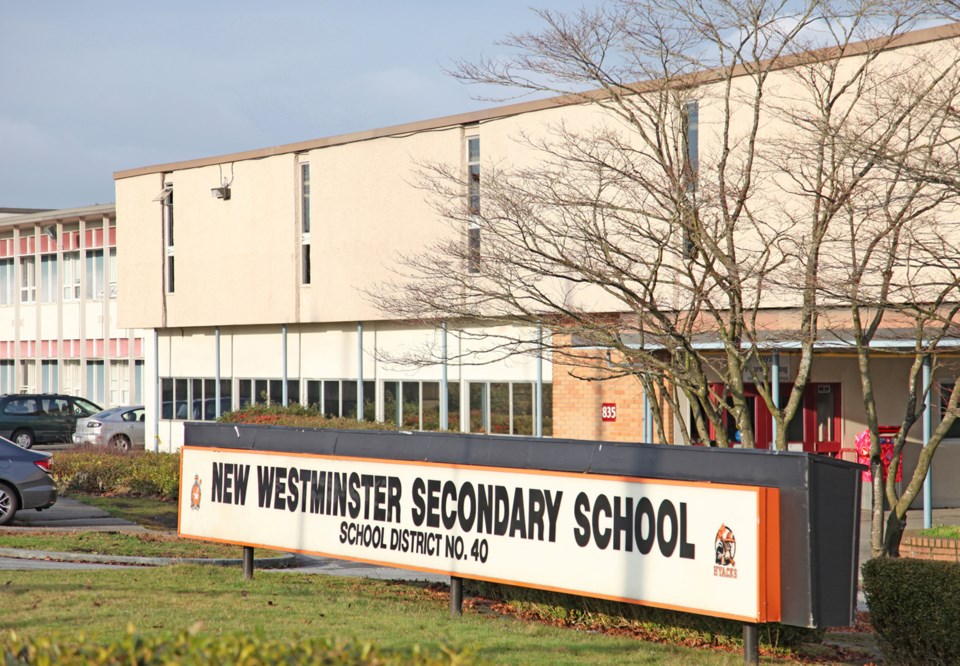 Angry: Parents at New Westminster secondary are calling for the resignation of the district's board of education in light of ongoing budget woes. They are also asking for the provincial government to intervene and amalgamate New West and Burnaby school districts.File photo/THE RECORD

That’s the message coming from the Canadians for Reconciliation Society this week over the historic cemetery that lies beneath a portion of New Westminster Secondary School.

Bill Chu, CEO of the society, told the Recordhis group doesn’t oppose a new high school for New Westminster but does oppose the proposed location. The group is a Chinese, Christian-based society that works to promote reconciliation with Canada’s indigenous peoples and to raise awareness of the histories of minority communities in B.C.

Chu recently sent a letter to the Ministry of Education to ask it to direct the district to find another site.

“Don’t get us wrong, we wish them all the best in building a high school, … but what we don’t want is them to dig up a cemetery just for the sake of building the high school over top,” he said.

While there is a limited amount of available land to build on in New Westminster, Chu said the city was able to build Westminster Pier Park out of nothing. So why not use that area, he suggested.

“They backfilled, and then they created an area big enough for a plane to land, so that’s a perfect area if you ask me,” he said.

Chu added the issue is bigger than replacing a high school, it’s more about respect than anything.

“If we start this trend, when would the trend end? So it has nothing to do with the fact that I happen to be Chinese and so on. It has more to do with what humanity is doing to itself at this juncture,” he said.

Numerous studies have revealed there is a cemetery, the Douglas Road Cemetery, which runs from 10th Avenue and Eighth Street to Dublin Street and makes up more than five acres of the high school site.

First used as a pioneer graveyard, the cemetery was in operation from 1860 to 1920. Eventually it was used to bury the bodies of the poor, prisoners, stillborn babies and mentally ill patients from Woodlands and Essondale – which later became Riverview. The land was also used by Chinese, Sikh and First Nations communities to bury their dead.

The cemetery was never properly decommissioned and therefore cannot be used in the high school replacement project.

Chu suggested the district and province is brushing aside the cemetery issue by not considering another location, and he is worried people will forget it even exists below the school once the project gets its final approval.

The details of the project, however, are still unknown. Last month, the Recordspoke with superintendent Pat Duncan, who confirmed that until it’s approved, the district can’t say much about what the replacement will look like or exactly where it will be built. He did, however, say that students won’t be directly impacted by the construction.

But because Canadians for Reconciliation Society isn’t a New Westminster-based group, Chu said it’s been difficult staying abreast of developments in the high school replacement saga.

“Many of the stakeholders are so far away, some as far as the Tsilhqot’in or on the island and so on, so I mean there’s no way for them to know what happened,” he said.

The last time Chu met with someone from the district was in 2014, when he met with then-superintendent John Gaiptman.

Meanwhile, the fight for a new high school in New Westminster continues.

Last month, a group of parents organized a rally at the high school calling on the province to approve the replacement of New Westminster Secondary School, and while the event drew hundreds of people, no announcement has been made.

The Record spoke with a representative from the Ministry of Education who said the project was still waiting for final approval and there was no firm date for that to happen.