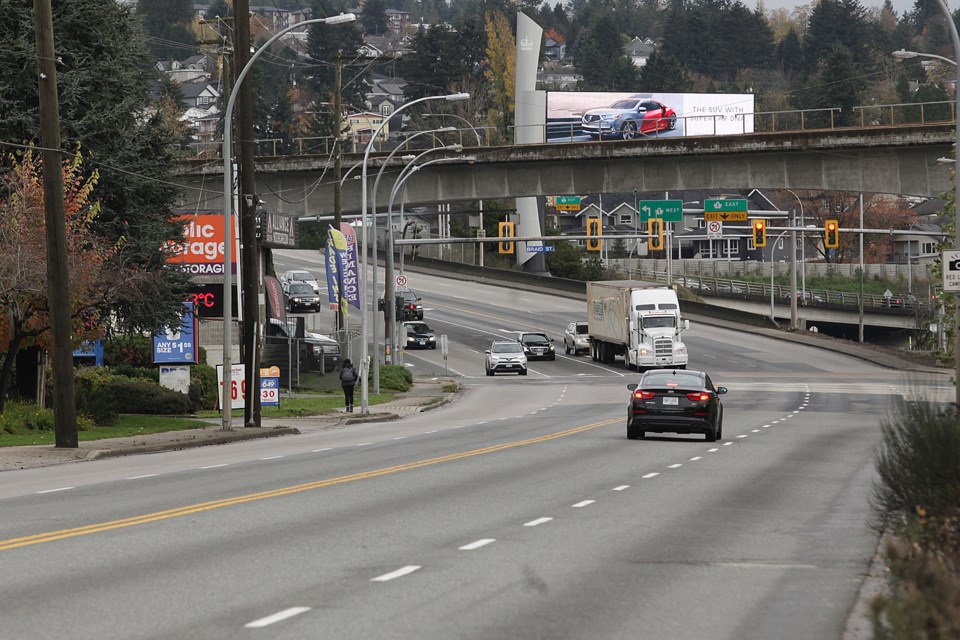 An average of 130 crashes a year occur at Braid and Brunette, a high-crash location that's home to the city's only red light camera.File/;Kevin Hill

An average of 130 crashes occurs annually at the local location equipped with an intersection safety camera.

Mike Farnworth, B.C.’s Minister of Public Safety and Solicitor General, has confirmed that automated speed enforcement equipment is now in place at all 35 planned Intersection Safety Camera (ISC) program sites in B.C. Warning signs are in place to warn and deter speeding drivers at these intersections, including at Braid Street and Brunette Avenue in New Westminster.

According to the province, an average of 47 injuries are sustained annually in crashes at Braid and Brunette.

“ISC equipment captures images and speeds of the fastest vehicles passing through monitored intersections on red, yellow and green lights,” said a press release from the provincial government. “Before mailing tickets, which carry fines but no penalty points, ISC officers review the digital images and data to confirm the applicable Motor Vehicle Act charge or charges. Notably, the registered owner of a vehicle that speeds through a red light at a speed-activated ISC intersection would face fines for both infractions.”

“Since B.C. activated its first five automated speed enforcement cameras at the end of July 2019, the program has issued more than 20,000 speeding tickets,” said the press release. “The fastest ticketed vehicle clocked 174 kilometres per hour at a location where the posted speed limit is 80 km/h.”