Price per door lower outside Metro region, but rents in many places are similar and return on investment is higher
Nov 24, 2019 7:00 AM By: Frank O'brien 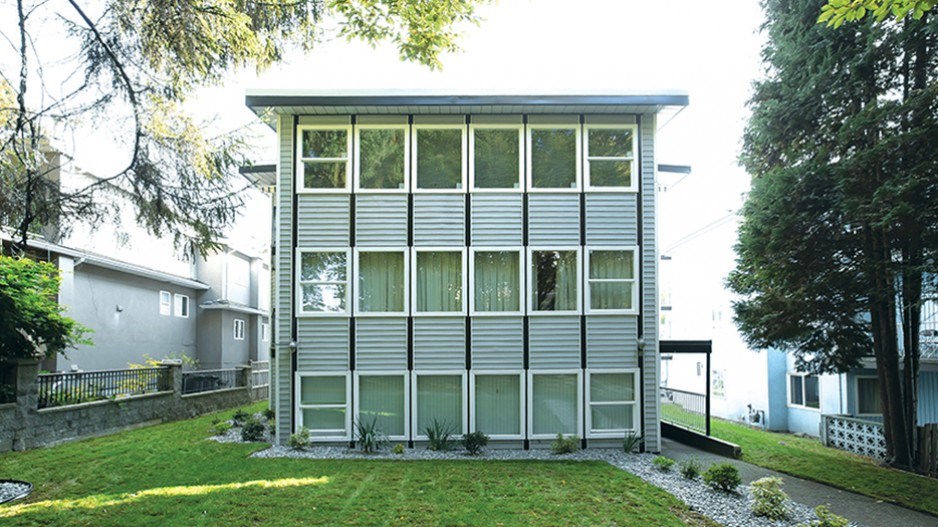 Vancouver landlords are looking to suburban markets and deeper into the boondocks to capture higher yields and escape the spiralling cost of buying and owning big-city apartment buildings.

Real estate agents say that per-door prices for apartment buildings outside the region are less than half of what they are in Metro Vancouver, yet rents are similar and capitalization rates – the annual yield – can be two to three times higher.

An average one-bedroom apartment in the Metro region rents for $1,370 while the B.C. average is $1,193 per month, according to a Canada Mortgage and Housing Corp. (CMHC) rental report released a year ago.

In an October 2019 survey of more than 2,000 active listings, PadMapper, an online rental-listing firm, pegged average one-bedroom rents in the city of Vancouver at $2,220, down 1.4 per cent from a month earlier. This is the second highest in the country, behind only Toronto.

A one-bedroom in Burnaby rents for an average of $1,730 per month, while Victoria’s one-bedrooms rent for $1,450 per month on average, PadMapper found. Rents in Kelowna and Kamloops are also higher than the provincial average.

Vancouver landlords are seeing some pushback from tenants, however, according to David Hutniak, CEO of LandlordBC.

“We’ve been hearing that there’s some softening in the market in terms of rents, and that has been going on for at least six to eight months,” said Hutniak. “I wouldn’t attribute this to a dropping vacancy rate. It is more a reflection of ability to pay.”

According to the CMHC, the average rental vacancy rate in B.C., at 1.4 per cent, is only slightly higher than Vancouver’s one per cent.

For investors the cost of an apartment building is substantially different between Vancouver and outlier markets, however.

For example, a nine-unit rental building in Vancouver’s Marpole area was bought in July for $400,000 per suite and, according to Patrick McEvay, the JLL Canada real estate agent who sold it, renovated units rent for around $3.25 to $3.50 per square foot, pushing one-bedroom rents to $1,770 per month. This generated a capitalization rate of four per cent, about twice as high as the Vancouver average of from two per cent to 2.25 per cent for older apartment buildings.

But McEvay, with partner James Blair, a senior vice-president in JLL’s multi-family division, also has a 119-unit apartment building in Kitimat, the northern B.C. community hosting the biggest resource project in Canadian history, listed at $125,000 per door. Kitimat apartments that historically rented for less than $1,000 are now fetching $2,000 or more, Blair said. He said rents are projected to increase as the $40 billion LNG Canada liquefied natural gas play gets its workforce up to speed.

In Penticton, a lakefront Okanagan community that has a one per cent rental vacancy rate, a 52-unit apartment building is up for sale at $120,000 per door. Average rents in the building nudge $1,000, and the capitalization rate, said listing agent Peter Byrnes of Coldwell Banker, is estimated at six per cent.

In tiny Houston, B.C., a 21-unit apartment building sold in November for $795,000, or $37,000 per apartment. “The cap rate is around 11 per cent,” said listing agent Michael Marckwort, a senior associate with NAI Commercial in Vancouver.

JLL is active in the multi-family rental market across the province, and McEvay said private Vancouver investors are mostly aiming for smaller-to-mid-size, easy-to-manage apartment buildings that are relatively close to Metro Vancouver.

He and Blair included Penticton, Kamloops, Kelowna and Vernon as specific targets.

In the Lower Mainland, the Fraser Valley communities of Abbotsford, Mission and Chilliwack are also recommended. They are easy to access from the city, per-door prices are much lower than in Vancouver, vacancy rates are in the one per cent range and cap rates can easily reach five per cent.

“Management is always an issue,” McEvay said, which makes Vancouver Island problematic for Vancouver rental investors. “No one wants to deal with the ferries.”

Landlords anywhere in B.C. have the advantage of some of the cheapest financing in the commercial market. Apartment building buyers with mortgages insured through CMHC can access 10-year-term mortgages at interest rates from 2.3 per cent to 2.6 per cent, Blair said. This is lower than most homebuyers can qualify for.

Letter: Anti-maskers are grossly irresponsible and should be prosecuted
Mar 6, 2021 5:12 AM
Comments