B.C. restaurants prepare to struggle through the rain and cold

For restaurants, the economic fallout from the COVID-19 pandemic has been a tale of two cities. Restaurants in Vancouver’s and Victoria’s downtown core, typically buzzing with business lunches and after work cocktails, have been struggling.
Oct 12, 2020 8:42 AM By: Albert Van Santvoort 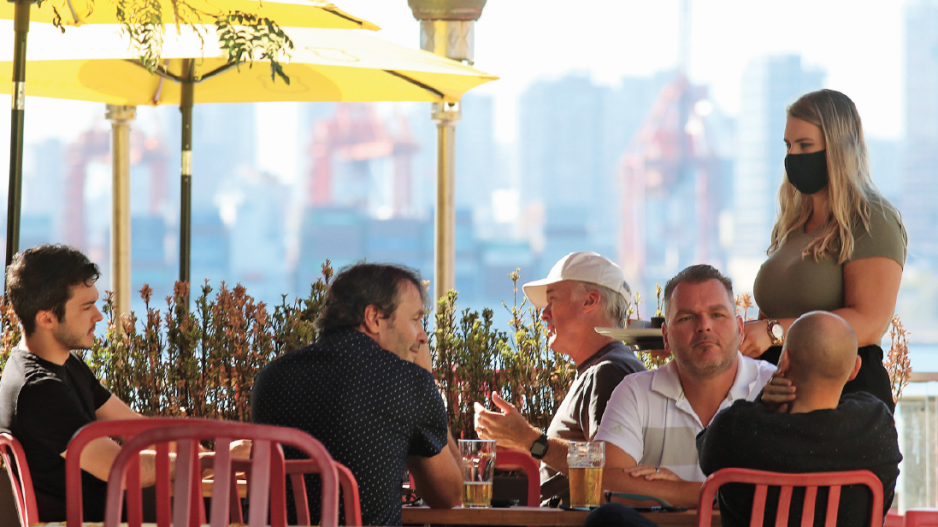 For restaurants, the economic fallout from the COVID-19 pandemic has been a tale of two cities.

Restaurants in Vancouver’s and Victoria’s downtown core, typically buzzing with business lunches and after work cocktails, have been struggling.

However, restaurants in the suburbs seem to be benefiting from the misfortune of the downtown eateries.

Business is down 20% to 30% for downtown restaurants in Vancouver and Victoria, according to Ian Tostenson, president and CEO of the BC Restaurant and Foodservices Association. But some of that business has found its way to restaurants in the suburbs, which are performing well during the pandemic if not better than they did last year. Tostenson attributes this to an increase in the number of people working from home and spending more time in their own communities rather than being downtown for five days of the week.

The lopsided effect of the pandemic on restaurants doesn’t stop there. New health restrictions placed on restaurants in early September also had the unintended consequence of benefiting suburban restaurants over those downtown. Kelly Gordon, president and owner of Extra Mile Hospitality explained that downtown restaurants rely much more on late-night bar traffic, which often represents up to 30% of their business, compared with more suburban restaurants such as those in Port Moody, where late-night traffic makes up only 7% of revenue. New restrictions including earlier last call and closing times are having a greater negative effect downtown.

Although restaurants in the suburbs were spared some of the major disruptions facing those located in the core, all restaurants had to accommodate social distancing and were challenged to increase seat spacing without losing capacity. The authorized expansion of service areas such as patios by cities and the province was a saviour for many B.C. restaurants.

“Patio season really helped us dodge a big bullet,” Gordon said. “People are happy to sit outside; it was a beautiful August, a beautiful early September and things appeared closer to normal than they probably really were.”

However, with summer gone and no end in sight for the pandemic, restaurants are looking for a legal framework and practical ways to run outdoor patios through the winter. With Vancouver’s patio program originally set to end on October 31, many restaurants were pleading for an extension. On September 17, the province extended the patio program until October of next year. Having secured the right to operate patios through the winter, restaurants must now deal with the practicalities of Vancouver’s winter cold and rain.

An increase in food deliveries has also helped the industry stay afloat. However, according to Tostensen, the commission that delivery apps like Skip the Dishes and DoorDash charge can be anywhere from 25% to 30%. Tostenson explained that this often means that the restaurant isn’t making any money at all. The restaurant industry is hoping that the provincial government will follow the lead of U.S. cities like Seattle and San Francisco which have capped these commission fees at 15% for six months.

Because the delivery apps providers operate in an oligopoly, with only a few companies serving the market, they are able to raise prices to levels that make it unprofitable for restaurants to offer a delivery option. Tostensen said legislation is likely the best solution.

The industry has investigated creating its own made-in-B.C. food delivery app. While it would make it possible to offer the delivery service at the lower commission fees, Tostenson said the difficulty would be moving traffic from the established multinational delivery companies to a local option.