BC Parks’ camping facilities are reopening on June 1

Like B.C. society in general, BC Parks is taking a phased approach to its reopening plans. Following the re-opening of most provincial parks for day use on May 14, BC Parks has released plans to once again allow overnight camping this summer.
May 21, 2020 3:29 PM By: Megan Lalonde 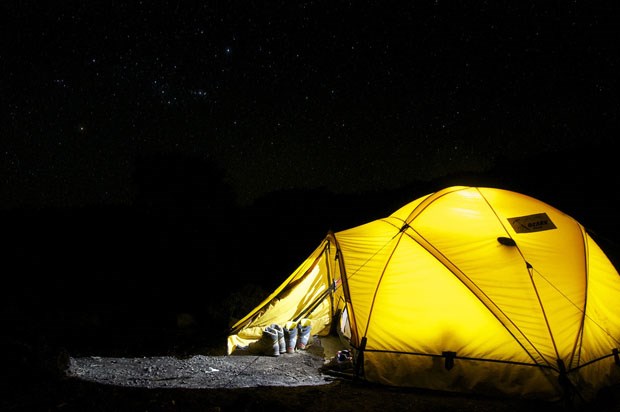 Like B.C. society in general, BC Parks is taking a phased approach to its reopening plans.

Following the re-opening of most provincial parks for day use on May 14, BC Parks has released plans to once again allow overnight camping this summer.

The Discover Camping website and call centre is set to begin accepting new reservations for provincial campgrounds and backcountry camping on Monday, May 25 at 7 a.m, while most campgrounds, camping opportunities and accommodations will re-open to the public the following week, on June 1.

In response to the COVID-19 pandemic, BC Parks closed its entire system to the public on April 8, after originally closing camping facilities in late March.

However, in an effort to provide a safe camping experience for park staff and visitors, BC Parks is making a few operational changes as parks reopen for the upcoming camping season.

This summer, the camping reservations system will operate within a two-month “rolling booking window.” This means when the system re-opens for reservations on Monday, campers will be able to book up until July 25. On the following day, May 26, British Columbians can book campsites for July 26, and so on. The daily releasing of camping availability will continue until “the end of the reservable period in each campground is reached.”

In an effort to support “staying local and avoiding unnecessary travel,” BC Parks is also implementing measures that will give B.C. residents “preferential treatment” when it comes to campsite booking this summer.

New reservations made by non-B.C. residents after the system reopens next week “will be subject to immediate cancellation without refund,” wrote BC Parks in a release. Non-BC residents with existing reservations, meanwhile, are being asked to contact the call centre before June 15 to receive a full refund.

Eager campers should also consider booking carefully once the reservations system reopens. According to BC Parks, any reservations made within the first two weeks after the booking system reopens cannot be changed. “This is to prevent people from overbooking and subsequently changing arrival dates to shorten their stay in order to obtain a favourable site or time ahead of other customers,” explained BC Parks.

Those reservations will still be able to be cancelled, however, and will be subject to normal cancellation fees.

New protocols are also being implemented when it comes to the campsites themselves, in an effort to help campers maintain safe physical distance from others.

All groupsites and reservable picnic shelters will remain closed for the time being, with all existing reservations for those sites cancelled through to December 31, 2020.

Meanwhile, double campsites will only be available for true double site bookings - meaning they can’t be booked as single sites for two separate parties. These double sites will also only allow one camping party to occupy both halves of the site, which means four adults (over the age of 16) up to a max of eight people (including children under the age of 16).

BC Parks warns that existing bookings for these double sites must abide by the new maximum occupancy rules. Visitors may cancel free of charge by June 15, 2020 if the size of their group no longer fits within the new criteria. There will be no changes to the maximum party size for single sites.

Some B.C. parks and campsites may open later than June 1, or will remain closed for the time being, which could impact some existing reservations, as well.

BC Parks is also reminding visitors that the Discover Camping is only available for reservations and booking support, and is not a source of general park information. Prospective visitors are encouraged to continue checking BC Parks’ website for the most accurate and up-to-date information regarding park reopening in the coming weeks.

2514
Luxurious residences are setting a new standard of living in Langley
311
New West now grappling with second big COVID-19 outbreak
251
Opinion: This protest in front of NWSS against an affordable housing project is ridiculous
219
New West rapid access clinic opens as 'safe way to get sober'
206
UPDATE: Here's where you could be able to buy cannabis in New West