BC Cannabis Store gets set to open in New Westminster 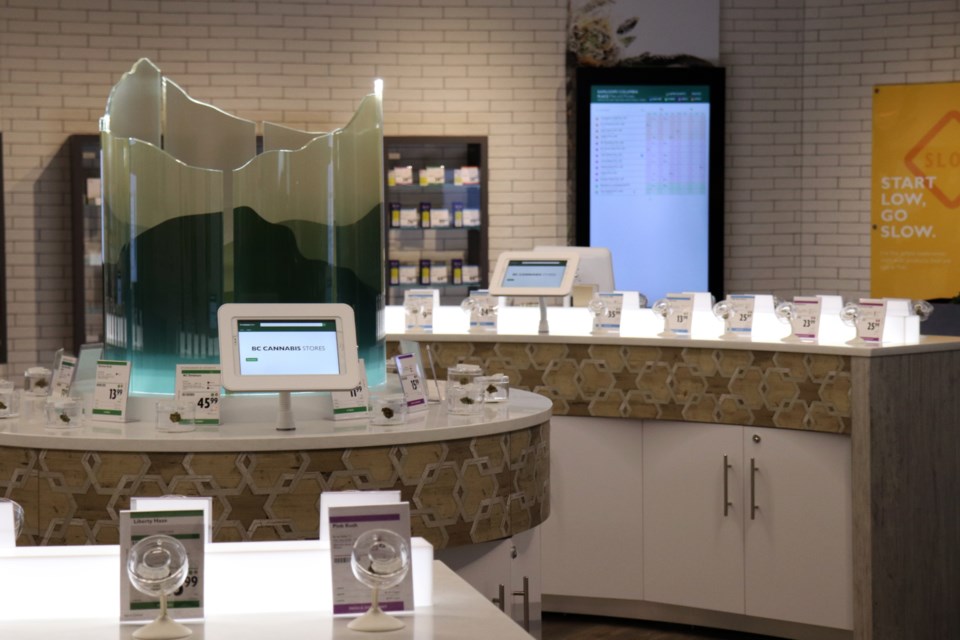 Here's a look at the inside of the Kamloops public cannabis store - the first government-run cannabis store to open in B.C. The 25th BC Cannabis Store will open in New Westminster Dec. 8. (via Eric Thompson)

Metro Vancouver’s second government-run cannabis store is getting set to open in Queensborough on Tuesday.

BC Cannabis Stores will open its new store in New Westminster on Dec. 8, becoming the 25th government-run store in British Columbia. Located in Queensborough Landing shopping centre, the store will sell a range of products including edibles, extracts, topicals, dried cannabis flower, oils, capsules and pre-rolls.

“The New Westminster BCCS is the last in our network of stores to open in 2020. While we continue our fight against the second wave of COVID-19, we are also focusing on keeping cannabis out of the hands of youth and eliminating the illicit market,” Kevin Satterfield, director of retail cannabis operations with the Liquor Distribution Branch, said in a press release. “We are looking forward to serving our customers in Metro Vancouver as we begin a long tenure in the New Westminster community.”

The 4,938-square-foot store will be staffed by seven full-time employees and supported by six to eight auxiliary employees. The store will be open from 10 a.m. to 9 p.m. Monday to Saturday, and from 11 a.m. to 6 p.m. on Sundays and most statutory holidays.

“The store team will also be complying with orders and guidelines handed down by the provincial health officer (PHO) with the goal of protecting the most vulnerable, employees, customers and other visitors to the store,” said the press release. “All BCCS employees and customers are required to wear a face mask; exemptions will be made for those who cannot wear a mask due to health reasons or put on or remove a mask on their own. Physical distancing measures will be enforced and all common surfaces will be cleaned frequently.”

The opening of the BC Cannabis Store at 1110-805 Boyd St. makes it the second cannabis retail shop to open in Queensborough and the third to open in New Westminster. Two private stores have already opened in New West – Maple Leaf Greenery at 71 Sixth St. and Queensborough Cannabis Co. at 540 Ewen Ave.

As part of the city’s plan to allow cannabis retailers to open in New Westminster, city council approved a plan that would allow a mix of private and public stores in various commercial neighbourhoods.

In addition to the two stores that are open and the government store, council has approved two other stores – Westcanna at 710 12th St. and Reel Reef at 320 Sixth St. (part of the River’s Reach Pub and Liquor Store property) – which have yet to open.

A public hearing date has yet to be set for the Herb Co. Cannabis Store, which is proposed at 451 East Columbia St. in Sapperton.