'An incredible journey for which I feel gratitude'

The Record caught up with award-winning author Renée Saklikar to talk about her poetry collection, her upcoming writing workshop and more
Sep 8, 2015 1:44 PM By: Tereza Verenca 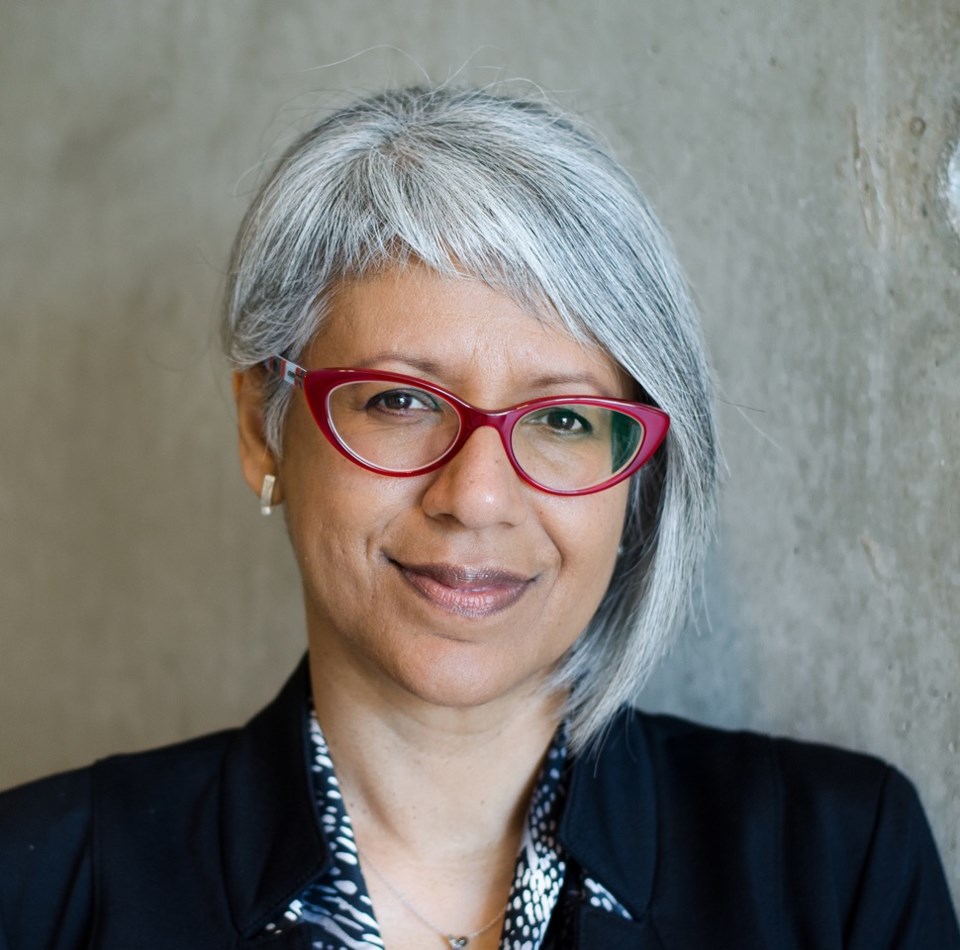 Renée Saklikar will be hosting a writing workshop at Anvil Centre on Sept. 12 from 1 to 4 p.m. The award-winning author will be talking about her book Children of Air India: Un/authorized Exhibits and Interjections (Nightwood Editions, 2013) and how the narrative strategies she uses helps with personal trauma.Contributed

Why is she in the news?

Renée Saklikar was 23 years old when her aunt and uncle died in the Air India bombings.
Her relatives, both doctors, travelled to the Vancouver area to visit family after attending a medical conference in the United States.
Having left their young son back in India, the pair decided to return home early, ultimately booking two seats on Air India Flight 182 for June 23, 1985. The day is one many Canadians will never forget.
The terrorist attack killed all 329 people on board, including 82 children under the age of 13. Authorities believe Sikh extremists fighting for an independent homeland were behind the explosions. Only one man has ever been convicted in the case. Inderjit Singh Reyat was found guilty of building the bomb that downed the jet over the Atlantic Ocean.
Three decades later, Saklikar calls the tragedy an “open wound,” one that has left many seeking justice.
In 2013, the lawyer-turned-poet released Children of Air India: Un/authorized Exhibits and Interjections (Nightwood Editions, 2013), a poetry collection influenced by Saklikar’s own experiences and research.
Since the book’s launch, Saklikar has travelled as far as Ireland to share her story.
On Saturday, Sept. 12, she’ll be holding a writing workshop at Anvil Centre from 1 to 4 p.m. in Studio 411. The free event encourages participants to explore personal and cultural trauma through writing (make sure to bring a pen and paper).
There will also be music, and a question-and-answer period. To register, call 604-515-3837, or email jeremy@turningpointensemble.ca.

1. What do you remember about June 23, 1985?
I was in Uptown New Westminster with my family. The memory is not something I ever speak about directly, but it is in my poetry. I think what’s fascinating, haunting even, for New Westminster folks, is there will be people living in New West who will remember exactly coming to my home, coming to support my family when the news got out. What I remember about that day is the phone call from family members letting us know, and of course, our own family’s reaction.

2. Thirty years have passed since that day. Has time healed this at all?
I do think time helps us. Whether there’s healing with Air India is an open question. It’s like a wound – it does scab over, but it’s always present because of the lack of justice around it. I think what time does is help us reach out and explore the issue. What time does is actually a huge preoccupation of the book, and time itself becomes a character. It’s something I’m going to encourage people, who have personal, cultural or historical trauma, at Saturday’s workshop. These are the things we get into: What is the role of time in your own story?

3. In many of your interviews, you talk about the calling you received to push forward with these poems. Talk a little bit about that.
If you’ve lost a loved one to murder, there’s always a huge archive of investigative material and court documents, and when you enter into that, the words and the stories of people just rise up and start calling to you, and that’s what happened to me with the voices of these children. What I heard very powerfully, delicately, tenderly, were voices of the dead, sort of reaching their long ghost-like arms to me. … The calling is something we all have to find a way to respond to. It is sometimes the thing we most need to write about, we don’t want to write about, and that was certainly the case for me in this instance. It’s painful. It’s still controversial. Believe me, I did not feel up to it. What happened to me as a writer, I shut down completely, because if I didn’t write the story, it was as if something was weighing me down and I could not get the words out at all. My desire to write overcame this idea that this is too painful, too controversial.

4. Talk about your approach to invention strategies and how it’s been able to allow you to tell these stories.
This is what I hope to encourage people to contemplate in their own writing. I’ve found through my research that sentiment can be a real problem when you’re writing your own trauma story because too easily, it becomes about cliché, and it can actually shut your readership out. So how do you get distance from sentiment and get to emotion, which is different. Think about persona. I created this persona where I used the letter N for niece, for narrator. That put distance between me, Renée Saklikar and who I wanted to create, so that I could invite the reader in to go on this journey.

5. Why did you decide not to include the names of the victims in your poems?

I feel the names are sacred. Speaking as a poet, I murdered my own text. I took out all the names and it made me very ill. People are really drawn to it, and they really have a strong, emotional response to the names being missing, and that is a narrative strategy of how we then experience a little bit of loss because the names aren’t there.

6. What has the poetry collection come to mean to you since you launched it two years ago?

It has been an incredible journey for which I feel gratitude. Three-hundred-and-twenty-nine people died, and that creates an eco-system of suffering, and everybody has a story. I’ve taken this book across Canada to Ireland, and people will come to me with these heartbreaking, beautiful stories of how they know someone who died, or their friend died. It becomes an act of witness. People do terrible things to other people in this world. And I think sometimes the only response we can have, well, what can we do? One of the powerful things we can do as Canadians especially is give witness. We share our stories, we comfort each other, we talk about what’s happened. That is very healing.

7. You also released a CD, Flight 182 Meditations, and your book is being adapted for music and voice in November. Did you ever imagine this kind of unfolding?

Never, not even slightly. I think this is my great message to writers and artists of any kind: You never know where the work is going to take you. I learned so much from these phenomenal artists, and then for them to engage with my work, it’s unbelievable. I have to pinch myself.