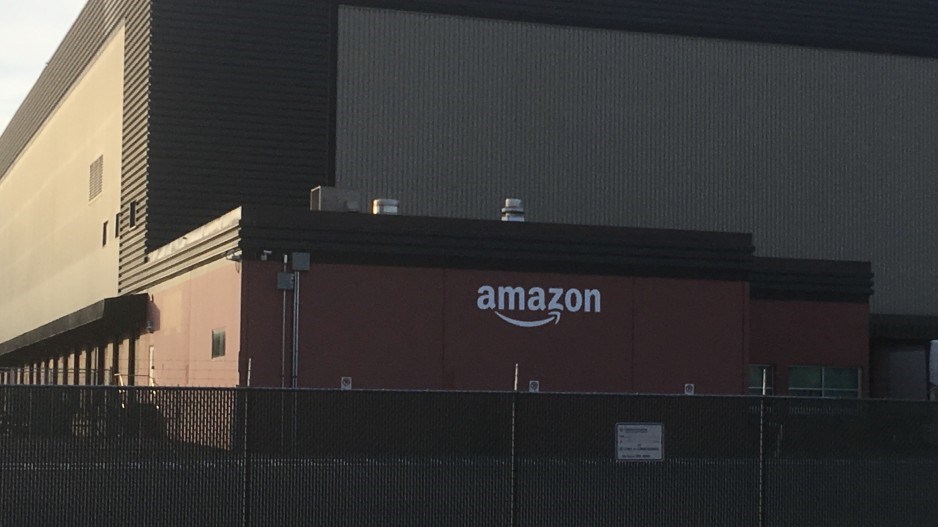 Amazon uses its 650,000-square-foot distribution centre on Braid Street, in New Westminster, to handle larger items, such as sofas.Glen Korstrom

One week after e-commerce giant Amazon.com Inc. announced a plan to hire 2,000 workers for five new Metro Vancouver facilities, it has upped its recruitment goal to 2,950.

That number includes several hundred employees that the company recently hired to work at a new location in the Township of Langley.

The 950 additional workers that Amazon, on May 13, said it aims to recruit will be based in its three existing fulfilment centres.

BIV has been able to confirm that Amazon opened a new site at 5636-272nd St., in the Township of Langley, in mid-February.

Amazon also plans to open four additional sites in the Lower Mainland by the end of 2021.

The company originally listed its 450,000-square-foot advanced robotics fulfilment centre as being in Vancouver, but the site is actually at the Port of Vancouver's Richmond Logistics Hub, at 16131 Blundell Road, in Richmond.

That facility is expected to create 1,000 jobs.

The three other Metro Vancouver sites Amazon expects to open later in 2021 include:

Amazon said it plans to hire several hundred people each for its two delivery stations, and about 500 people for its sorting centre.

There have been rumours that Amazon is the tenant behind a large new distribution centre planned at Victoria International Airport, but a source within Amazon was unaware of this project, when asked by BIV.

Amazon said it currently employs 5,500 full- and part-time workers in B.C., which includes new workers in the Township of Langley.

Metro Vancouver is its largest employment hub outside its home base of Washington State. If Amazon finds and hires the employees it aims to recruit, it would have about 8,150 staff in the province.

That would make it a larger employer in B.C. than Telus Corp. and Northland Properties Corp., which each at last count employed about 8,000 workers in the province.

The Jim Pattison Group is B.C.'s largest private-sector employer with about 27,600 employees, according to BIV's 2020 list of the largest national or global companies operating in the province.

In 2019, when Amazon employed 2,300 employees in B.C., it said that it planned to triple that workforce within the next few years.

Amazon said last week that it has invested more than $3 billion in B.C. in the past decade.

Included in Amazon's B.C. workforce are more than 1,500 office workers in downtown Vancouver, with those workers having been in a shifting series of sites.

Amazon's largest office hub in downtown Vancouver is set to be at the Post building, at 349 West Georgia St., when construction on that building is complete – likely in 2023.

Amazon has been incrementally leasing more space in that complex, and at last count intended to lease 1.1 million square feet at the Post.

It is unclear how many new workers the company will hire to fill that site.