Who came out on top in Burger Heaven's bun-official election poll? 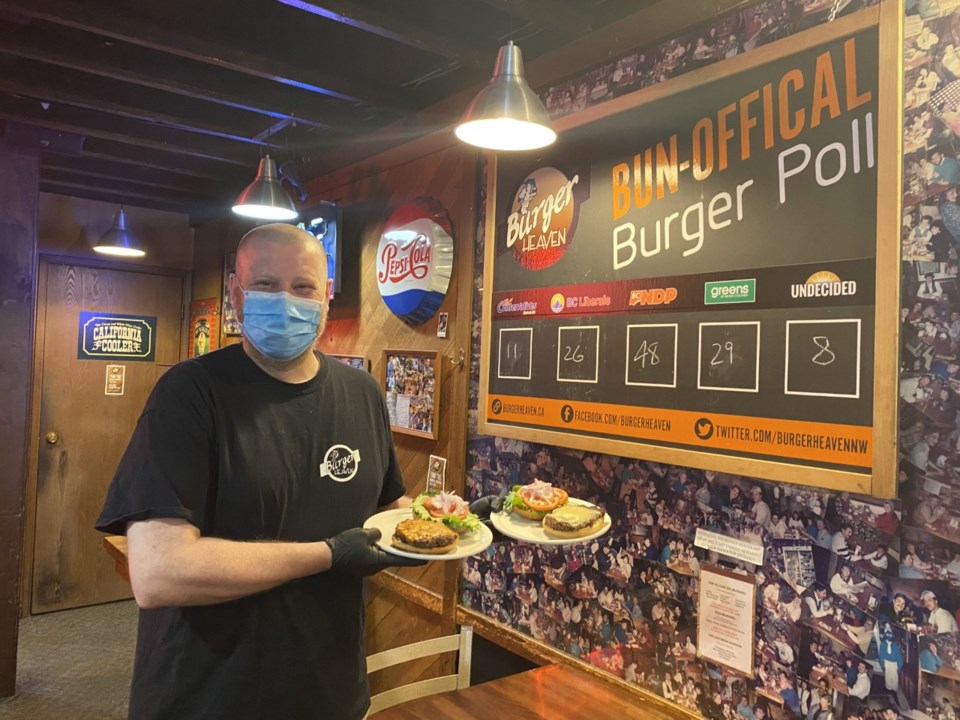 Chris Geib, manger of Burger Heaven, shows off some of the burgers being served up at the local eatery during the 2020 provincial election campaign.

The NDP swept to victory and three parties tied for second place in Burger Heaven’s bun-official poll for the 2020 provincial election.

The “hot off the grill” results show that the Horgan Burger (NDP) finished the campaign with 42% of decided voters. TheBolin Burger (Conservatives), the Furstenau Burger (Green), and the Wilkinson Burger (Liberal) all came in with  16%, while the bun-decided voters (or those supporting other parties) had 10% of the vote cast.

For those who didn’t vote by mail or during advanced voting, election day in B.C. is tomorrow – Saturday, Nov. 24.

Two of the provincial leaders - NDP leader John Horgan and Conservative leader Trevor Bolin - made stops at the local eatery during the election campaign.

Funeral home provides an alternative to traditional burials
Apr 29, 2021 9:00 AM

New Westminster Chamber of Commerce to hand out Platinum Awards this week
Apr 27, 2021 9:25 AM