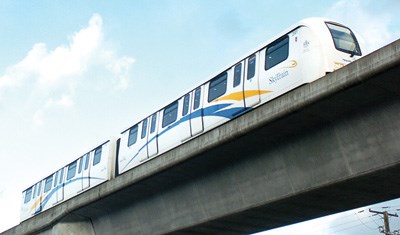 Many New West residents are concerned that SkyTrain seems to be a lot noisier than it was in the past.

Two local eateries are among the region’s dining hotspots featured in the new Dine the Line campaign.

“We want people to get out there and experience Metro Vancouver’s unique dining and brewpub neighbourhood, and we want people to use transit to get there,” TransLink CEO Kevin Desmond said in a press release. Transit connects our communities in so many ways, and we want transit to be the way that residents and tourists discover culinary hubs throughout our great city.”

“Taking the SkyTrain is great. It connects us to the vibrant Vancouver food scene,” el Santo executive chef Sam Fabbro said in a press release. “It’s so close to so many of the cities’ great restaurants. We at el Santo love being steps away from the New West station. It allows guests from all over Metro Van to access us easily.”

For more details on Dine the Line go to www.westcoastfood.ca/dinetheline.