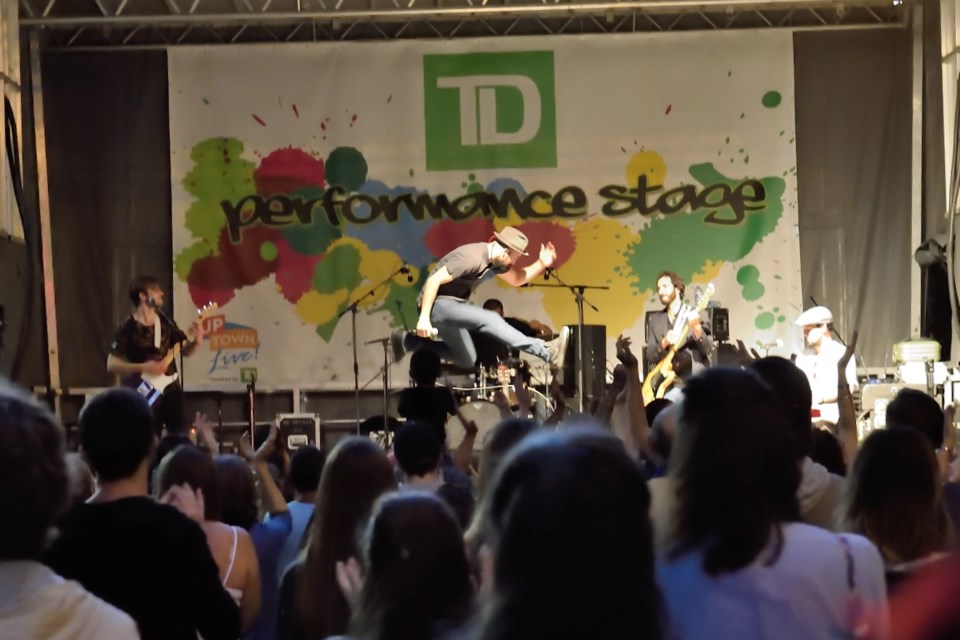 TD is returning as a major sponsor of this year's Uptown Live.

The TD Bank Group is back on board as the presenting sponsor of this year’s Uptown Live summer music festival.

The TD Uptown Live Street Party will take place from noon to 9 p.m. on Saturday, July 20 in the Uptown business district at Sixth Avenue and Sixth Street.

"As a committed and long-standing supporter of Canadian music and artists, TD is thrilled to again support the Uptown Business Association and the City of New Westminster in hosting Uptown Live," Debbie Haller, branch manager of the TD Canada Trust Sixth Street branch, said in a press release. "Supporting this festival is just one of the many meaningful ways TD is connecting communities across Canada."

“TD is a valued corporate partner for Uptown Live,” said Susan Cartwright, chair of the Uptown Business Association. “TD has a widely recognized reputation for supporting the arts in communities across Canada and we are thrilled to have TD’s continued support. This agreement helps ensure the continued growth and success of the event.”

604
Opinion: Now NIMBYs are whining about shadows from new housing
598
New West sees big jump in COVID-19 cases
431
Here is how fast COVID-19 can spread after a road trip in B.C. (INFOGRAPHICS)
406
Filming in New West: A bright spot in a challenging year
396
Pfizer temporarily reduces European deliveries of vaccine