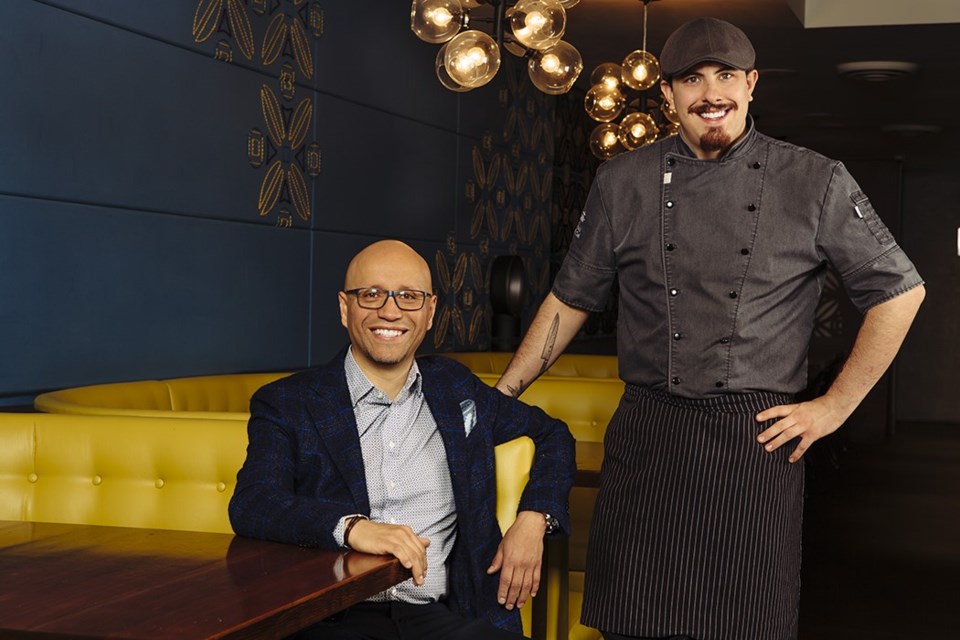 El Santo owner Alejandro Diaz, left, and chef Sam Fabbro are opening a new Italian restaurant in downtown Vancouver at the end of the year. NOX, which will emphasize local and seasonal ingredients, will be opening in Coal Harbour.

It’s been said that when one door closes another one opens – and that’s the case for the duo behind New Westminster’s el Santo and Amaranthus restaurants.

Owner Alejandro Diaz and Chef Sam Fabbro have announced they’ll be opening a new Italian restaurant in downtown Vancouver at the end of the year. NOX, which will emphasize local and seasonal ingredients, will be opening in Coal Harbour.

“As a second-generation Italian immigrant who grew up on the West Coast, I wanted to create a restaurant that captures and celebrates the two worlds I grew up in,” Fabbro, corporate chef at NOX, said in a news release. “I wanted to combine the best of Italian cooking with the exceptional produce that we have here in B.C. to create something that is unlike any other Italian restaurant in the city. This isn’t your nonna’s Italian.”

NOX will also make all of its pasta and bread in-house and will serve wines from top Italian and B.C. producers.

Kate Bohn, who is responsible for the cocktails at el Santo and Amaranthus, will manage the bar program.

“With all of my restaurants, I have wanted to give diners the chance to experience well-known cuisines in a new way, and I think we will certainly achieve this at NOX,” said Diaz, managing director of NOX, in the press release.

Diaz opened his first restaurant, el Santo, on Columbia Street in 2015; he went on to open Amaranthus, which features plant-based cuisine, in River Market in April 2019.

In August, Diaz announced that Amaranthus would be permanently be closing Sept. 6 because of pressures related to the COVID-19 pandemic. Like many other B.C. restaurants, Amaranthus initially closed its doors before reopening for dine-in service in June, but the effects of the pandemic continued to be felt by the local eatery.

“It was a difficult decision to close Amaranthus, but a necessary one given the circumstances,” Diaz said in a press release. “I would like to thank our employees, suppliers and customers for all of the support that they have given us.”

Amaranthus employees have been reassigned to new positions at el Santo.