Mindful Mutts is thrilled to be able to take its work with dogs to a whole new level. The New West-based business recently won the Level Up My Brand contest, which included a prize pack valued at $12,000.
May 6, 2018 10:00 AM By: Theresa Mcmanus 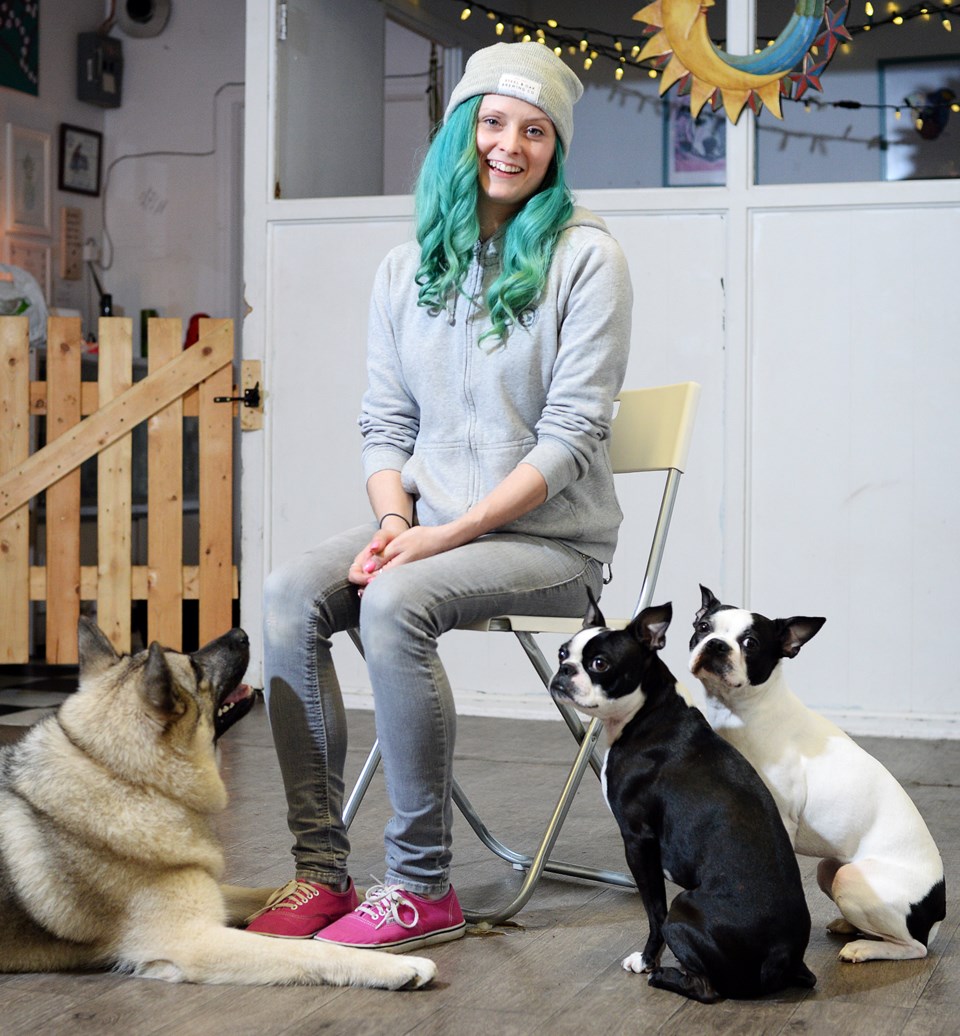 Stefania Butkovic, owner/operator of Mindful Mutts,pitched her company in the 2018 Level Up My Brand contest, ultimately winning a $12,000 package of services for her business.

Mindful Mutts is thrilled to be able to take its work with dogs to a whole new level.

“I really think that this is a great community project and it is a really generous one at that,” said Stefania Butkovic, owner/operator of Mindful Mutts. “I don’t know if I could have gone through with some of the things we are now going to be able to do without having won it.”

The three finalists in the Level Up My Brand contest had to do a Dragon’s Den style before a panel of judges.

“For me it was quite stressful because I wasn’t sure if I was going to get the right message across. I didn’t want people to think that we were just entering as a doggy daycare because there was more behind what we do,” she said. “I had to make sure I could put a lot of information into three to five minutes of speaking.”

Mindful Mutts offers a variety of services including daycare and boarding, training, pet first aid, puppy socialization and more. After launching Mindful Mutts out of her home in 2015, Butkovic later opened a small facility in Sapperton at 305 Cedar St. and then added a larger facility in downtown New Westminster at 9 Sixth St. in late January.

“I guess we were trying to convey that was what we needed help with the most was a little bit of everything that that prize pack was awarding,” Butkovic said of her pitch. “The reason for that was as a small business that works with animals, we have a completely different take on how we operate compared to traditional style dog daycares.”

While some dog daycares take in up to 100 dogs, Mindful Mutts aims to take in fewer dogs because of concerns about the mental and physical health of the pooches. Butkovic firmly believes the dog daycare industry needs regulations or standards to address issues such as number of dogs permitted at the daycare, the number of staff and education requirements or certification of staff.

“This industry is only growing larger and larger everyday but nobody seems to be paying attention to the part of the actual health and wellbeing of animals,” she said. “It’s more about getting the animals in the door, calling them fur babies and bringing in as much money as possible.”

Butkovic said the Level Up My Brand prize pack allows the business to focus on its mandate, while getting assistance from local professionals on services that will help the company. The impact of winning the contest was almost immediate.

“As soon as we were announced as winners, we started getting an influx of emails and calls. It was a little intense, I’m not going to lie,” she laughed. “The week after the (Record) newspaper ad came out, that floored me like I could not even describe. We usually take five new dogs a month. This week we are intaking six in total. It has had a huge impact on our business. Even just the fact we won, let alone the prizes, will help us focus on our mission.”

Butkovic encourages other businesses to be sure and enter the Level Up My Brand contest next year.

“I was kind of blasé about it – ‘I’m not going to win. There is probably better entries’ – but I was floored and beyond grateful when I found out we had won,” she said. “I would definitely encourage the community to support this because a well-deserving business will definitely win this next year.”