Irish-themed restaurant – and maybe a pub - moving into former Keg

A touch of the blarney will be coming to downtown New Westminster in the fall.
Feb 28, 2017 11:57 AM By: Theresa Mcmanus 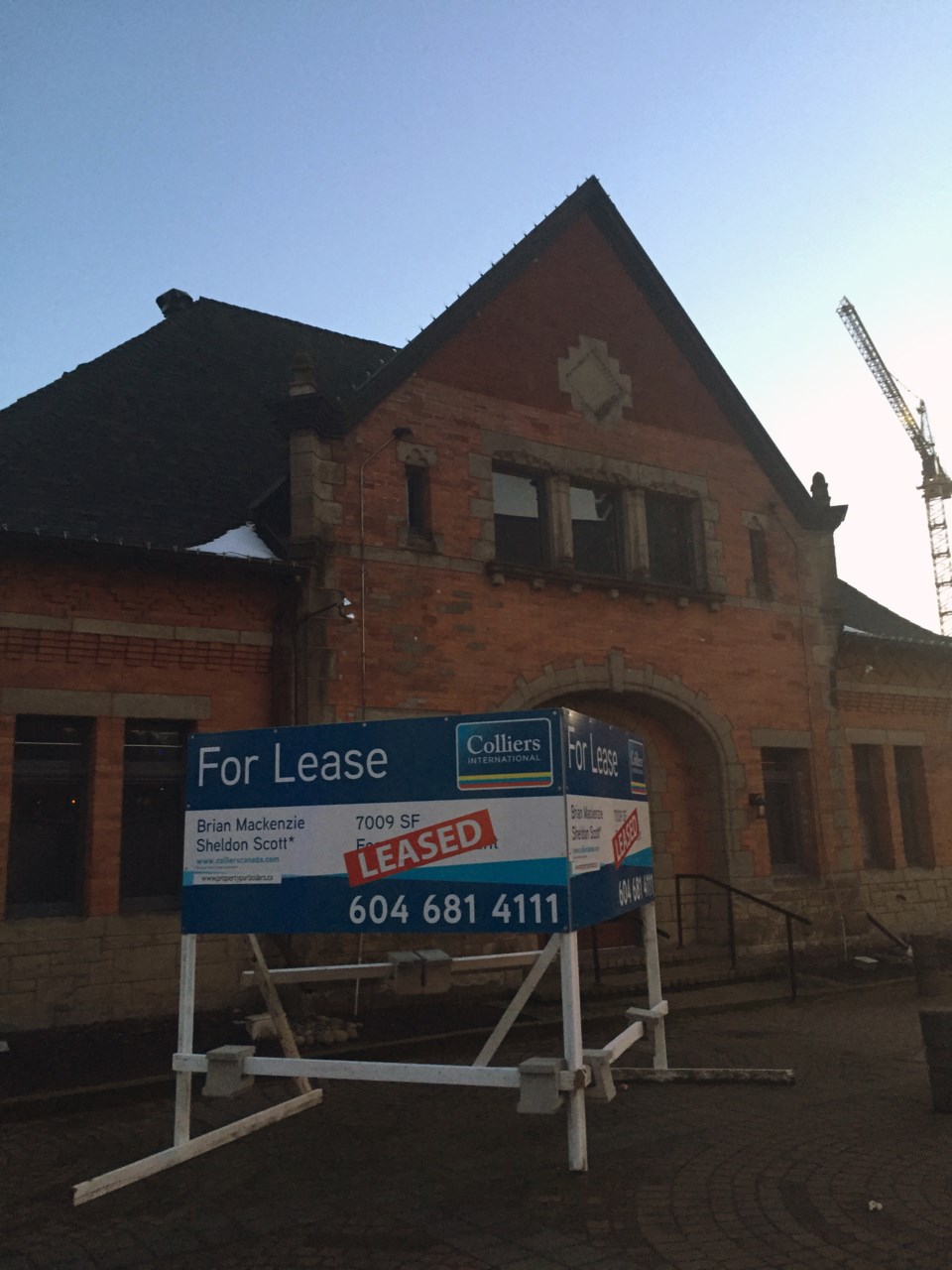 Kelly O’Bryan’s Neighbourhood Restaurants and Carlos O’Bryan's Neighbourhood Pubs have leased the former Canadian Pacific Railway station, which was the longtime home of the Keg restaurant.

A touch of the blarney will be coming to downtown New Westminster in the fall.

Reg Henry, founder and CEO of Kelly O’Bryan’s Neighbourhood Restaurants and Carlos O’Bryan's Neighbourhood Pubs, confirmed his company has leased the former Canadian Pacific Railway station, which was the longtime home of the Keg restaurant. KOB Franchise Enterprises Ltd. hopes open a restaurant on the ground floor, and a pub on the upper floor, but a rezoning is required to open the liquor-primary pub.

“We are not a cookie cutter type of an operation. We go into a space and make it our own,” Henry told the Record. “There are three other locations at this time that have both the restaurant and the pub in the same building. It really works great because it’s got something for the family, but it also has something for the adults where they can have their fun as well.”

Since the first Kelly O’Bryan’s opened in Kelowna 30 years ago, the company has opened restaurants and pubs in locations across B.C. including Kitsilano, Kamloops, Nanaimo, Prince George, Vernon and West Kelowna.

“It really fits into our concept,” Henry said of New Westminster. “We are a real blue-collar neighbourhood establishment. I think that fits in with what New West is and what they’re all about.”

Henry lived in New Westminster and worked at the Keg while attending the University of British Columbia in the mid-1970s. He’s been eyeing the 1899 CPR building for the past three years.

“We consider a pub as a traditional pub, where you have pool tables and darts. You can play music trivia and things like that,” he said. “It’s a real community entertainment centre.”

The Keg opened in the building in 1973, but closed its doors in 2013 so it could address some structural issues with the aging building. A Keg representative told the Record last spring that the weight of restaurant equipment and needs for hygiene and safety in the kitchen area made it unfeasible to proceed with the work.

“We are planning on gutting the whole inside. We are going to try and keep intact some of the structures and things in there that are from the original building, but we are basically going to strip out the inside,” he said. “It’s going to be totally different.”

The company is working with an architect on concept drawings with the goal of submitting a rezoning application to city hall within the next month and beginning renovations within the next couple of months.

“We will get a timeline as soon as we can and start ramping up. I can see us opening up in the fall sometime,” Henry said. “We are going to be under construction for at least three months, if not four months.”

The Irish-themed restaurant and pub’s menus feature items like stew and shepherd’s pie, as well as pastas, burgers, stir-fry’s, prime rib, steak and seafood, chicken and ribs, soups and salads and appetizers. It’s known for its pachos, which are lattice style fries, seasoned with the restaurant’s signature sauce and topped with cheddar cheese and green onions.

“We say we are powered by pachos, fueled by fun,” Henry said of the restaurant’s motto.

According to KOB Franchise Enterprises Ltd., the company will employ about 30 to 100 fulltime staff at this location. While the opening date wont’ be for at least six months, training of managment staff will begin immediately.

Kelly O’Bryan’s is the latest restaurant to announce plans to open in downtown New Westminster. A CRAFT restaurant has been proposed across the street at 801 Columbia St. and Piva Modern Italian restaurant and lounge is set to open in Anvil Centre.

“We are going to complement a lot of other businesses,” Henry said. “We heard that CRAFT Brewery is going across the street. We are really excited about that because if there is a lot of good competitors all in one area, it’s a real draw for people to come out and go to the area before they decide where they want to eat. I think it’s great.”