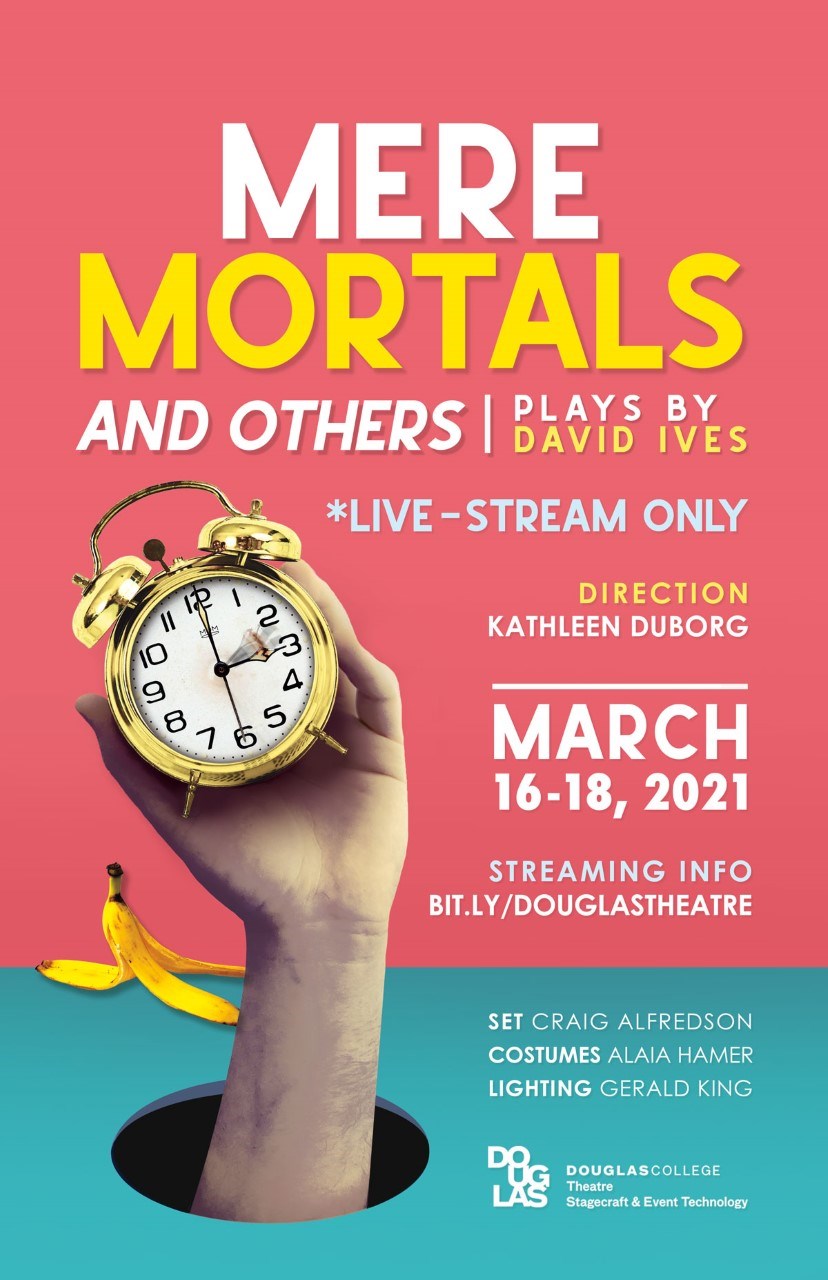 Douglas College students are taking to the stage for a series of four short plays – and you’re invited to watch today’s performance.

Douglas College is presenting six short plays that explore the complexity and awkwardness of human identity and the perception of time in Mere Mortals and Others: Plays by David Ives. Presented by the departments of theatre and stagecraft and event technology from March 16 to 18, the six plays are Sure Thing; Words, Words, Words; The Philadelphia; The Death of Trotsky; Mere Mortals; and English Made Simple.

“The plays are about people trying to figure things out when the world goes bizarre on them,” said director Kathleen Duborg. “They are fun and short, and also very weird. David Ives has an interest in philosophical and scientific theories, such as string theory and existentialism, and this comes across in his writing.”

Duborg hopes viewers walk away with a laugh and the feeling they were part of something that humorously touches on what the past year has been like.

Today’s final performance takes place live on Zoom at 1 p.m. A talkback session with the cast and crew will follow the March 17 18 matinee.

For streaming information, go to www.bit.ly/douglastheatre.