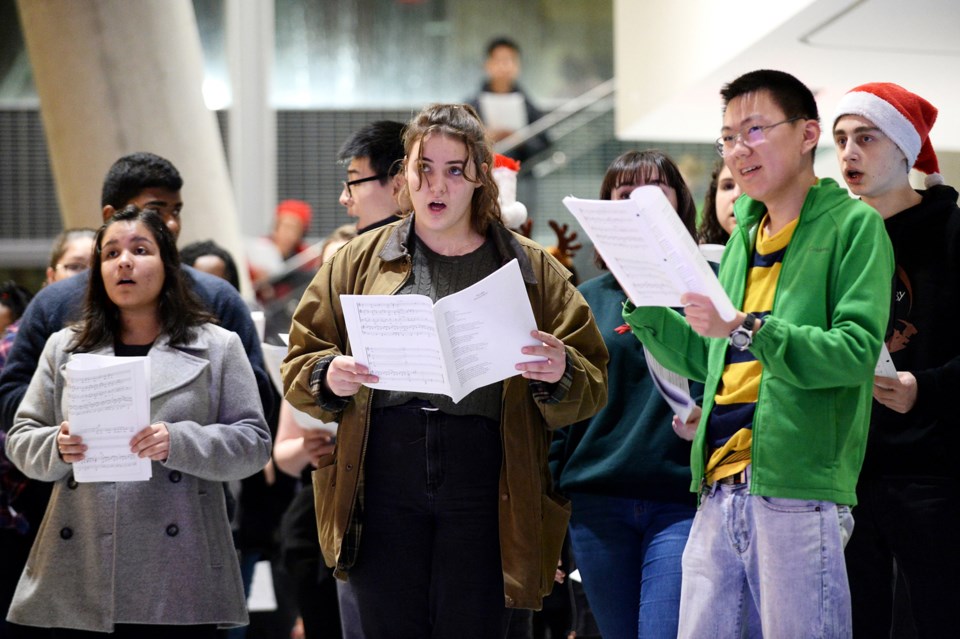 Students and community members join in the singing.Jennifer Gauthier

As part of the opening night festivities for the Anvil Centre's Winter Celebrations, New Westminster Secondary School music teacher Kelly Proznick organized and led a community sing-along. Representatives from a number of local choirs - including New Westminster Secondary and Richard McBride Elementary schools - turned out to help lead the singing alongside family, friends, neighbours and other members of the public.

Photographer Jennifer Gauthier captured some of the sing-along on video. Here are excerpts from Tiny Lights.