Vagabond Players are getting ready to make audiences laugh with their first production of 2020. Drinking Habits 2: Caught in the Act is coming to the stage at Bernie Legge Theatre from Feb. 6 to 29.
Jan 16, 2020 2:05 PM By: Record Staff 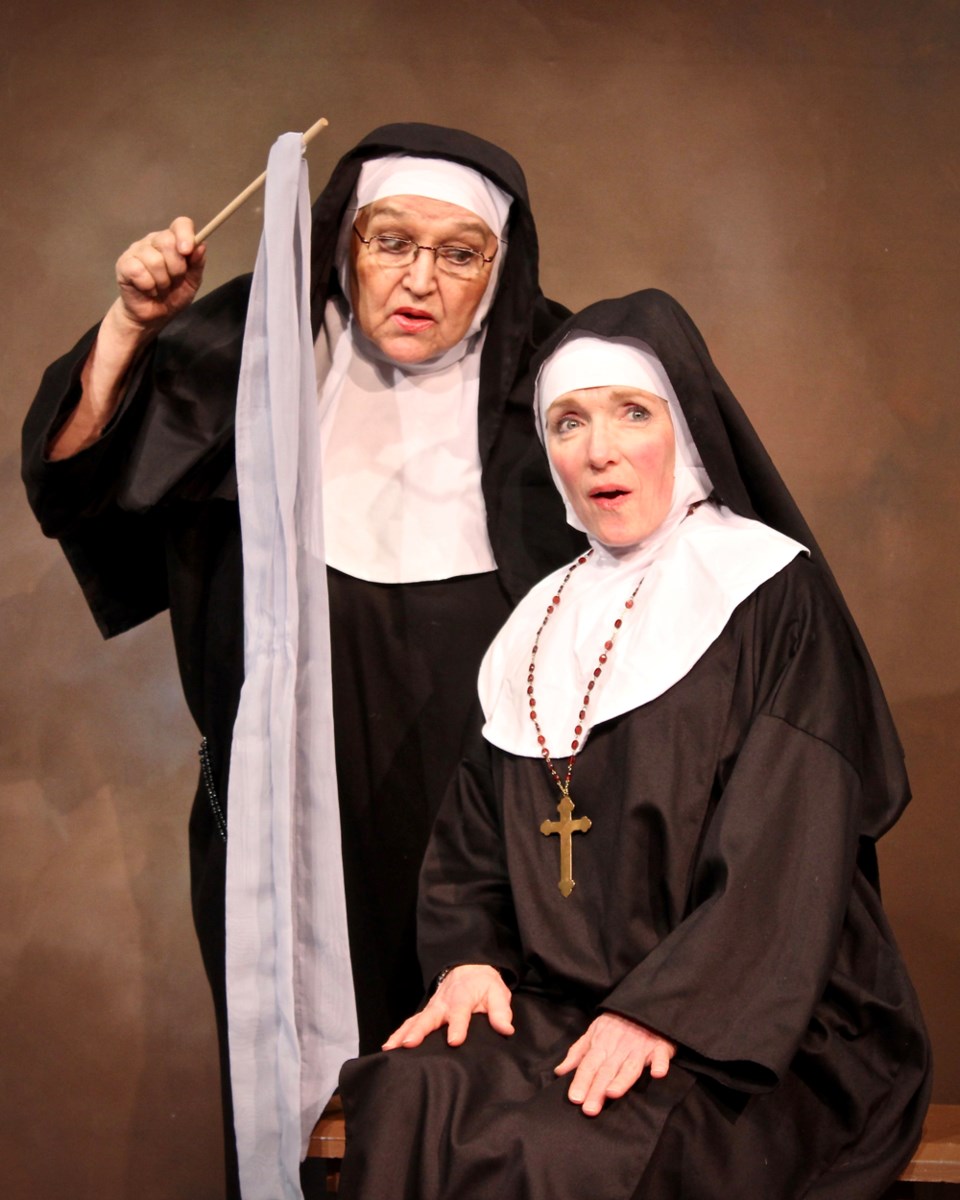 Vagabond Players are getting ready to make audiences laugh with their first production of 2020.

Drinking Habits 2: Caught in the Act is coming to the stage at Bernie Legge Theatre from Feb. 6 to 29. It’s a sequel to Drinking Habits, a hilarious farce that was popular with Vagabond audiences two seasons ago.

In this followup, the Sisters of Perpetual Sewing miss the excitement of the old days when they were saving convents and reuniting long-lost families, so when they learn that the orphanage where Paul and Kate grew up is in peril, they can’t wait to come to the rescue. Everyone pitches in to mount a play to raise money, but it’s no easy feat when Kate’s expecting any day. Sally’s hiding from stage-fright-stricken Paul after another flight from the altar, Mother Superior’s acting is unexpectedly narcoleptic, and the sisters’ award-winning wine keeps getting switched with the grape juice.

Halia Hirniak returns to repeat her role of the teetotalling Mother Superior. Vagabond veteran Pat McDermott plays opposite her as Father Chenille. The wine-making sisters, Philomena and Augusta, are played by Helen Volkow and Jennifer Kennedy, the latter also repeating her role from the previous production. They’re joined in their hijinks by Chris Brown as Paul, the young priest in training, and Ada Decolongon as Sally, the newspaper editor. The cast is rounded out by Timothy Elijah and Lisa Teskey as George the groundskeeper and his very pregnant wife, Kate.