These comics are performing Friday to help New West businesses

Local stand-up comics are joining forces to support a local business owner who has supported them. Grill and Tavern Comedy is taking place via Zoom on Friday, June 26.
Jun 22, 2020 1:23 PM By: Julie Maclellan 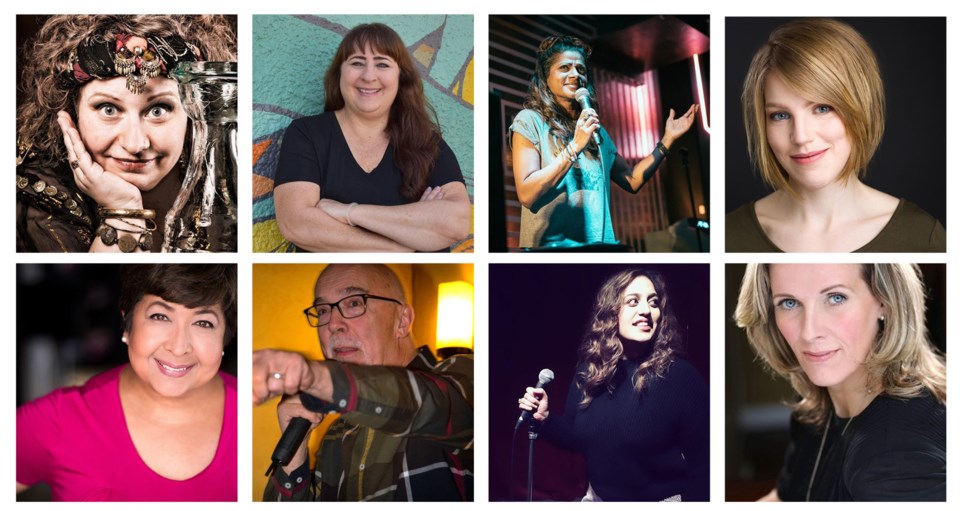 Local stand-up comics are joining forces to support a local business owner who has supported them.

Grill and Tavern Comedy is taking place via Zoom on Friday, June 26.

The show is part of a series of stand-up performances that are being produced in support of local businesses to help them with recovery from the COVID-19 pandemic. For each show, audience members are given a chance to enjoy the show for free with purchase of gift certificates from the local business in question (ranging from $10 to $50 in value) or to pay $10 for just the online show.  All the ticket proceeds go back to the business.

The coming show is in support of the Heritage Grill and its sister restaurant, Begbie’s Tavern, both of which are owned by New Westminster entrepreneur Paul Minhas.

A press release notes that Minhas was one of many small business owners that were hit hard by the pandemic when he was forced to close his doors for more than two months. The performers wanted to help Minhas because he has been a longtime supporter of the local entertainment scene.

“Prior to closing, Heritage Grill and Begbie’s have been home to several arts programs, shows and communities including the ukulele club, open mic nights, live music, trivia night, Way Off-Broadway Wednesdays, drag and, of course, stand-up comedy,” the release says. “(Minhas) has been an advocate and supporter of the arts, and these comedians want to give back.”

Performers will be on site at the Heritage Grill, while audiences watch from home via Zoom. Virtual “doors” open at 7:30 p.m. for the 8 p.m. show. A Zoom link will be sent out an hour before the show (audience members need a Zoom account, which can be set up for free).

Tickets can be booked through www.eventbrite.ca (search for Grill and Tavern Comedy), or use a direct link at www.tinyurl.com/GrillandTavernComedy.

Check out http://theheritagegrill.com/ and www.judgebegbies.com for more on the businesses.

1287
New Westminster neighbourhood aims to make Lunar New Year magical in 2021
291
Transit police seeking man who allegedly pushed woman to the ground unprovoked at SkyTrain station
239
UPDATE: Here's where you could be able to buy cannabis in New West
169
ICBC launches online tool to calculate savings with new program
158
OPINION: Here's how those millionaires managed to skip the vaccination line