What does an author do in isolation? For New Westminster mystery writer Winona Kent, the answer was obvious: write, of course. Kent is marking the publication of her eighth novel, Lost Time , set for release on Aug. 31.
Aug 13, 2020 12:32 PM By: Julie Maclellan 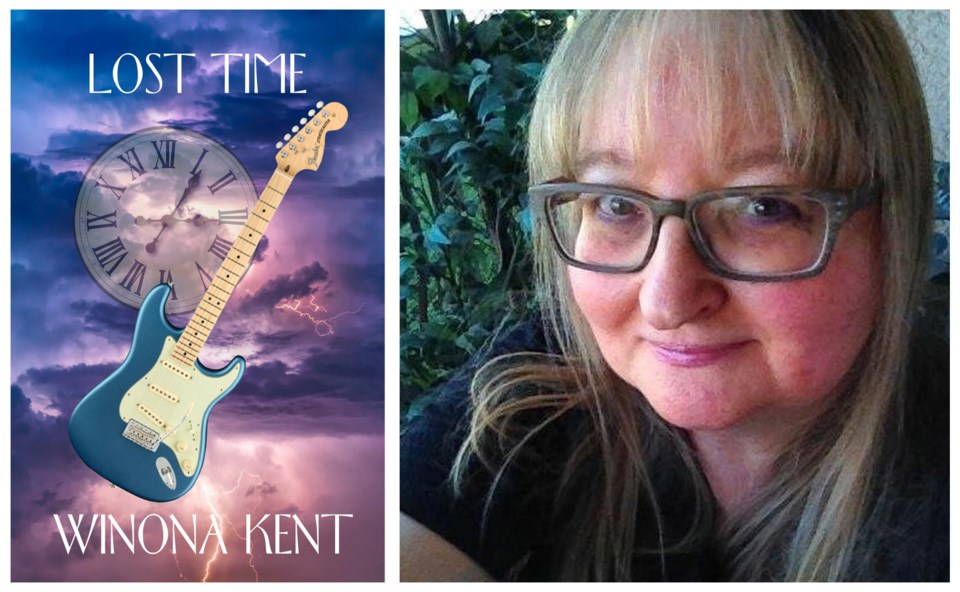 What does an author do in isolation?

Kent is marking the publication of her eighth novel, Lost Time, set for release on Aug. 31.

Kent, who retired from her full-time job at UBC in September 2019, says she spent the COVID-19 isolation period writing the novel – and she says she really didn’t have to change up her daily routine much, since she describes herself as a “natural hibernator.”

“With my writing, I've always worked from home (in my spare time, holidays, weekends, nights),” she writes in an email.

So she embraced the chance to delve into the next novel in her Jason Davey series. She introduced the main character in her novel Cold Play, when the jazz guitarist was entertaining passengers aboard an Alaska cruise ship.

The followup novella Disturbing the Peace found Jason tracking down a missing musician in northern Alberta, and last year’s novel Notes on a Missing G-String saw the amateur sleuth investigating a theft from a dancer’s locker at a gentlemen’s club in London’s Soho.

The new novel is set in the seaside village of Stoneford, on England’s south coast, where Jason is rehearsing for the last-ever tour of his parents’ old folk-pop band Figgis Green. There, Jason runs across the story of one of the band’s biggest fans, 16-year-old Pippa Gladstone, who mysteriously vanished while on holiday with her parents back in 1974. He’s approached by a fan who brings him a photo of the band performing at the Wiltshire Folk Festival that same year – with Pippa Gladstone in the foreground. The catch? The photo was taken five months after she disappeared.

Jason is hired to try to find out what really happened to the young woman, whose mother had her declared officially dead in 1981.

Kent was born in London, England and grew up in Regina, Sask. She moved to New Westminster from Burnaby in July 2018.

Kent has a master’s in fine arts in creative writing from UBC and a diploma in writing for film and TV from Vancouver Film School. She’s the current B.C./Yukon/Northwest Territory representative for the Crime Writers of Canada and is also an active member of Sisters in Crime, an organization that supports female crime writers.

Lost Time is expected to be available for presale on Amazon soon. See www.winonakent.com for details.

1276
New Westminster neighbourhood aims to make Lunar New Year magical in 2021
290
Transit police seeking man who allegedly pushed woman to the ground unprovoked at SkyTrain station
235
UPDATE: Here's where you could be able to buy cannabis in New West
169
ICBC launches online tool to calculate savings with new program
157
OPINION: Here's how those millionaires managed to skip the vaccination line